When New York Mayor Michael Bloomberg has been addressing anxious citizens about storm damage and safety issues, all eyes have been on his sign language interpreter Lydia Callis, 30.

Callis’s larger-than-life facial expressions and dramatic gestures have provided a rare moment of pleasure during the unfolding natural disaster during which at least 55 people have lost their lives and millions are still without power.

Her performances have turned the petite, impeccably-dressed Callis into a viral web sensation and she has won a legion of fans on social media sites including Twitter and Tumblr. 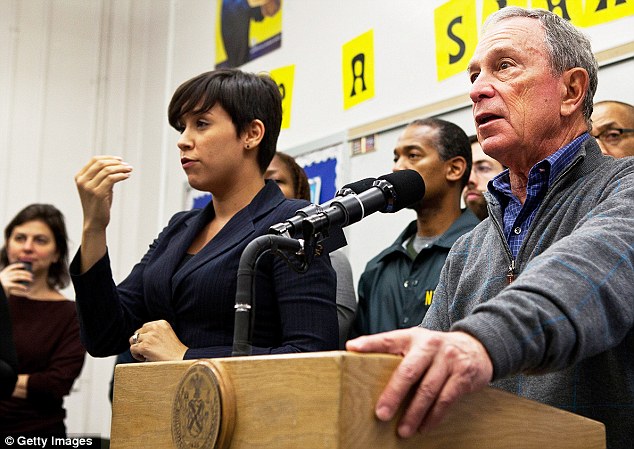 Quietly brilliant: For many, interpreter Lydia Callis (left) has been the best thing about Mayor Michael Bloomberg’s Hurricane Sandy briefings 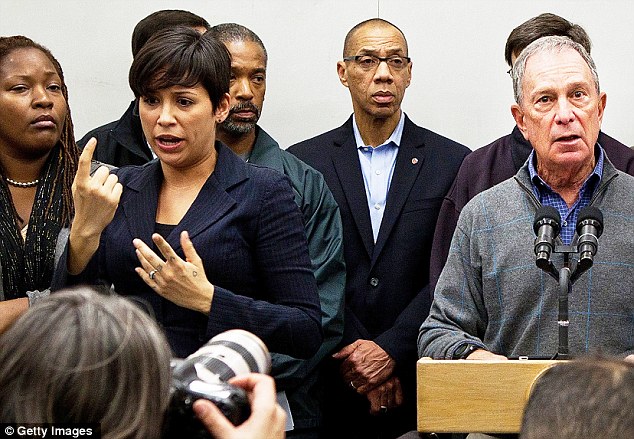 Ms Callis in action: Viewers have praised her impressive range of facial expressions

New York Magazine wrote that Callis has given people ‘a legitimate reason to smile’ during these hard times.’

‘Unlike Bloomberg’s own stilted Spanish, another highlight of the updates, Callis’s signing is both lightning-fast and emotive, her animated face lighting up and contorting happily as she goes, not unlike a guitarist during a blistering solo.’ 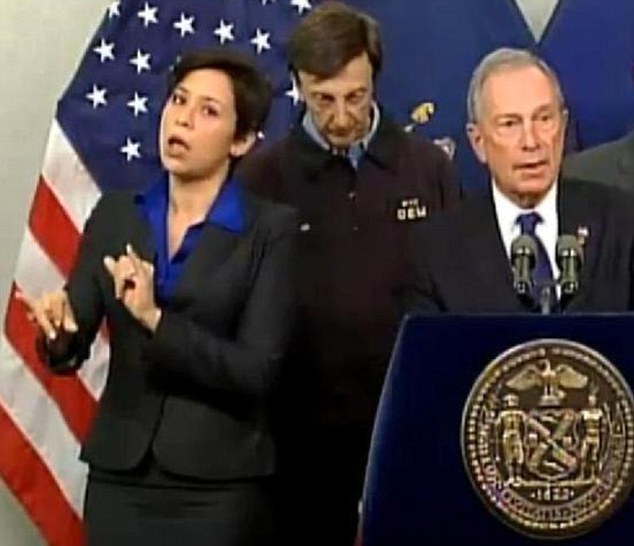 ‘Lightning-fast and emotive’: Ms Callis seems unwilling to embrace her newfound fame, and has declined requests for interviews, saying simply, ‘I’m honoured that I was able to get the message out there’.

WHO IS LYDIA CALLIS?

A few facts are known about Callis:

She graduated from the Rochester Institute of Technology’s National Technical Institute for the Deaf with an interpreting degree in 2010.

Her mom and three siblings are all deaf and so she has been interpreting for them since she was a child.

She also works as an American Sign Language interpreter for schools, hospitals, and businesses.

‘I love that lady,’ wrote a commenter on a YouTube video of her performance. ‘Stupid news is blocking her on TV so they can show footage of something. But this lady is amazing.’

Callis has so far declined requests for interviews, although she recently told the New York Post: ‘I’m here to serve the deaf and hard-of-hearing community. I’m just glad, and I’m honored, that I was able to get the message out there… that’s what it’s all about.’

There are at least seven schools for American Sign Language and the deaf in New York City and Long Island.

VIDEO: Watch footage of Lydia Callis combined with the Ace of Base song ‘The Sign’: