The widow forced to carry luggage for a living: Maya, the only female porter in Ludhiana, carries bags for a few rupees to pay for her son, 12

Hauling heavy luggage through rush hour crowds for eight hours a day was never Maya Devi’s idea of a career. Following the sudden and tragic death of her husband however, she had no choice.

Maya, 40, lost her  husband, Ram Kumar, a licensed railway porter at the Ludhiana railway station, in April this year. Her world has never been the same since.

‘Perhaps this is my destiny that I have to start afresh from where my husband Ram Kumar left,’ she said stoically. 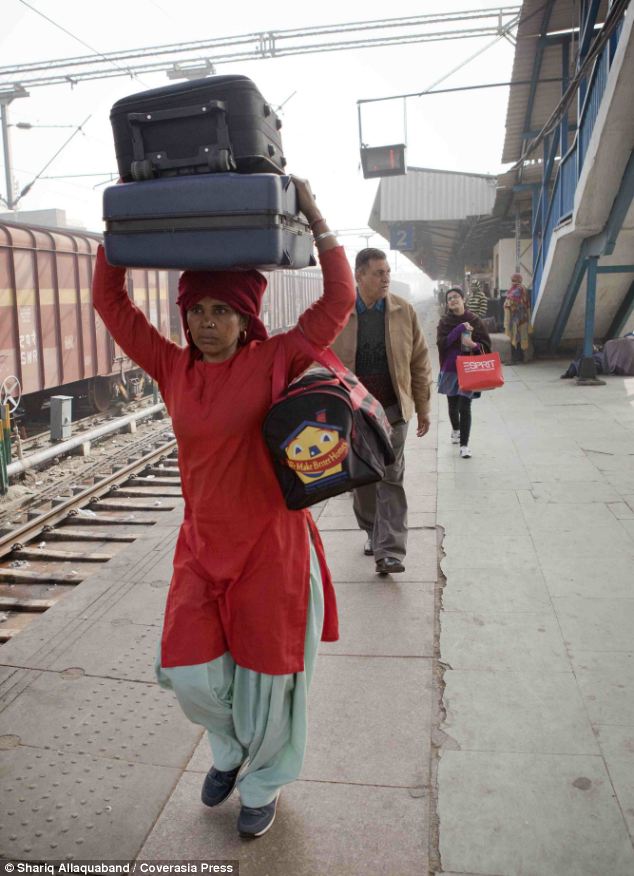 Maya, 40,is the only female porter in her city 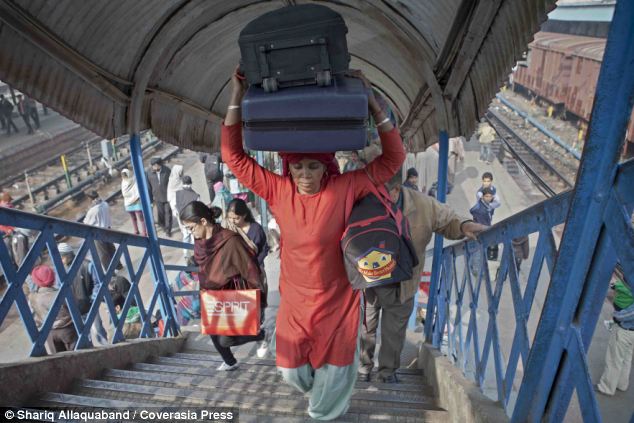 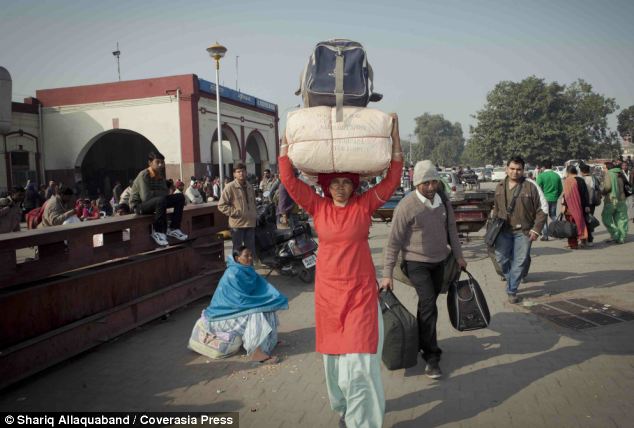 Porters must pass strenuous physical tests before being given a license

Maya was married to Ram Kumar in Redau village in Sonepat district of Haryana 13 years ago, and they were living since then in a house that Ram Kumar owned near the Jagraon bridge. The couple has a son, Guarav, who is 12-years-old.

‘In March 2012 misfortune struck our family. My husband fell ill and died in April.

‘The initial shock of my husband’s death shattered my world.

‘But then I gathered myself and decided to carry on with the life, not for myself but for the sake of my son for whom my husband had nursed many dreams,’ she said.

Maya wants her son to study hard and achieve great things. If doing hard physical work, and long hours, on Ludhiana’s bustling platforms means that her son is able to build himself a future for himself, then all the suffering of the last six months will not have been in vain. 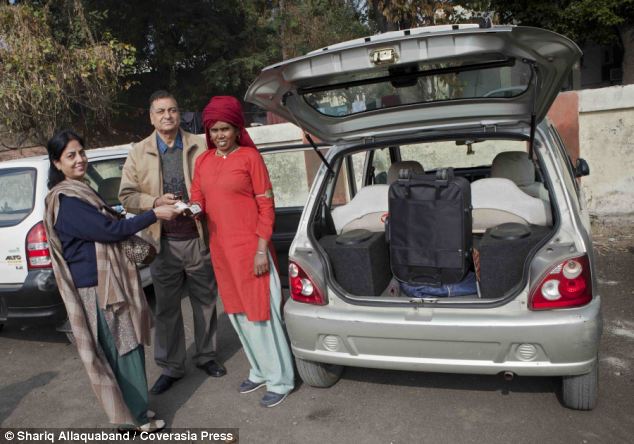 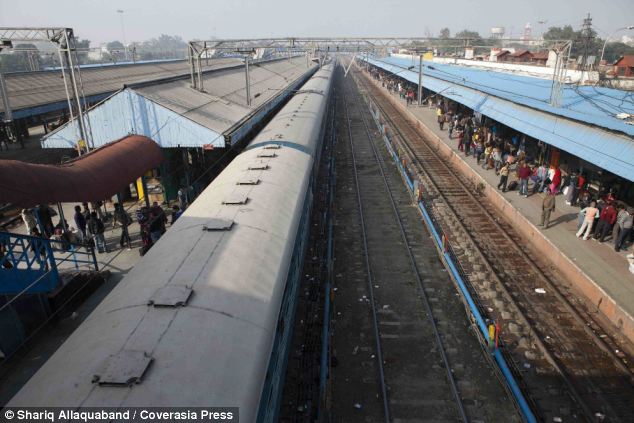 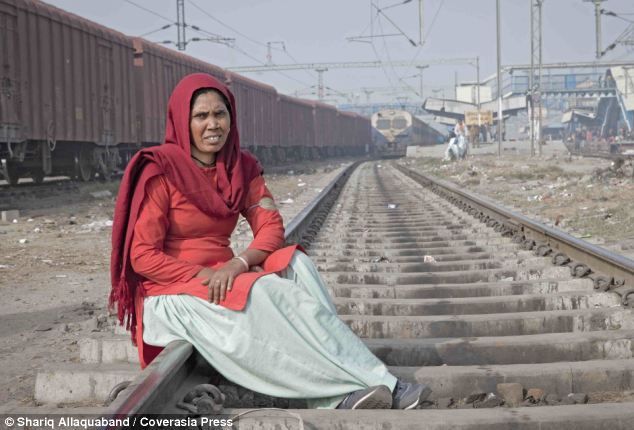 ‘I have no idea as to what fate holds for me, but if I can get my son educated and make him stand on his feet, I shall have the satisfaction of being a good mother and also having fulfilled the wishes of my husband,’ she said.

Though Maya only started working as a porter in November, any initial apprehensions she may have had in approaching passengers alighting from trains has now changed into a visible sense of confidence.

There is no doubt, however, that the sight of a woman carrying heavy baggage remains a strange one to regular passengers.

Being a luggage porter is not an easy job to get. it requires a vigorous physical test in order to get an official license.

Senior divisional commercial manager MM Singh said there was no gender bias for recruitment of women as porters.

For whatever reason, however, women as a rule do not come forward for jobs.

‘During fitness tests conducted at several major railway stations a couple of months ago for recruitment of licensed porters, quite a few women had appeared and some of them had cleared the fitness test. But none of them appeared at the time of the final recruitment,’ he said.

Mr Singh said there was no practice of giving the jobs to family members on compassionate ground after the death of a porter.

Maya would have had to pass the same tests and recruitment procedures as everyone else.

‘The railway officials must have done the same to recruit Maya in place of her husband,’ Mr Singh added.