‘It was an accident, we had a fight’: Girlfriend arrested after chilling note is found next to police officer’s body 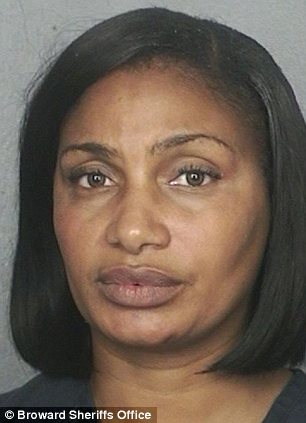 Suspect: Tiniko Thompson, 46, is alleged to have killed her boyfriend Carl Patrick, 53, a Miami police officer in his Pembroke Pines, Florida home on May 9

The girlfriend of a Miami police officer who was found shot to death in his home has been arrested.

Tiniko Thompson, 46, is alleged to have killed her boyfriend Carl Patrick, 53, in his Pembroke Pines, Florida home on May 9.

Police officers found a chilling note along with the body, reading, ‘It was an accident, we had a fight.’

According to officers, Mr Patricks’ body was found earlier this month in his bedroom under burned bedding.

They described the scene as being ‘consistent with something being lit on fire’ and reveal he was still dressed in his police uniform.

Mr Patrick’s former girlfriend, Ms Thompson has been arrested in connection with the murder, according to police.

She made her first appearance in court on Thursday on second-degree murder charges.

Ms Thompson is alleged to have killed Mr Patrick and left him to die at home while he fled the scene stealing his mobile phone and fleeing.

Two days later, her mother reported her to the police after she threatened to commit suicide.

It was then that Patrick’s body was discovered in his Pembroke Pines home.

When officers examined the house, they found a note in the kitchen that read, ‘It was an accident, we had a fight.’ 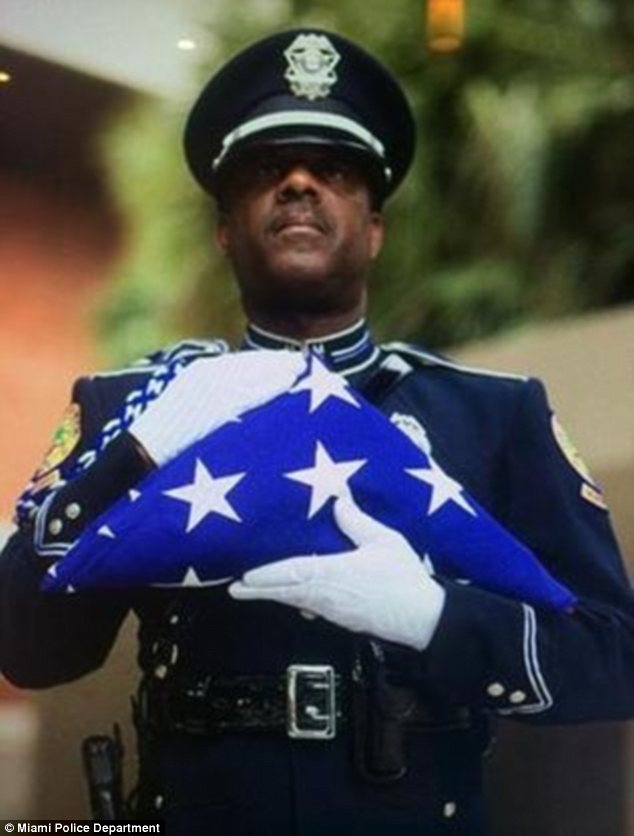 Death: Mr Patrick’s body was found earlier this month in his bedroom under burned bedding in his home in Florida

Yet, when Ms Thompson was brought in for questioning after his death she told officers that he had shot himself.

She described how they were fighting when his gun went off.

‘It went POW! And that was it,’ she recalled of the single gunshot that eventually ended his life.

She went on to say that the 25-year Miami police veteran was ‘abusive’ towards her.

She tearfully told NBC news: ‘He scared me. I don’t know what else to say.’ 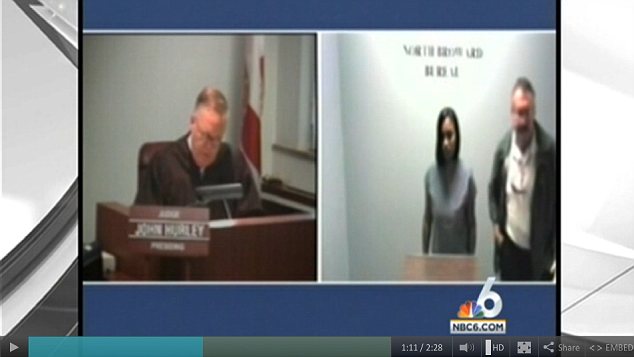 In court: The 46-year-old made her first court appearance Thursday while facing charges of second-degree murder

However, it is not clear how Mr Patrick would have been able to shoot himself.

The medical examiner determined that the bullet-wound didn’t match up with how he would have shot a gun at himself, as he would have used his right-hand to fire the gun.

Ms Thompson said she had left the scene and went to live in her car for the next several days.

But police said that they found another note in her vehicle like the one found in the kitchen, which told how she was too scared to call police after what happened.

According to a medial examiner, Mr Patrick’s life could have been saved if he had received immediate medical attention.

His death has been ruled a murder (homicide.) 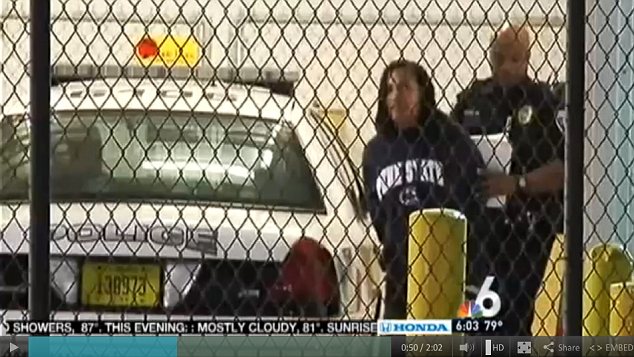 Arrested: Ms Thompson said that Mr Patrick had shot himself – she described him as abusive and said that she was scared of him