REVEALED: NASA’s full picture set from James Webb Telescope will show detailed views of stellar nurseries with stars larger than the sun and a galaxy group 290 million light-years away

NASA revealed the James Webb Telescope will target multiple spectacular cosmic objects – including far-flung stellar nurseries, a giant planet outside of our solar system and a galaxy group that’s 290-million light-years away – ahead of the release of its first images.

The space agency lists five main targets for the $10 billion telescope’s first set of full-color scientific images being released on Tuesday, July 12 at 10:30 am EDT.

‘Even after working on the program for many years, I’m as excited as everyone else who is anticipating the release of the first beautiful full-color images and data from NASA’s James Webb Space Telescope – an audacious endeavor in partnership with the European and Canadian space agencies,’ says Eric Smith, a Webb program scientist at NASA who has been working on the telescope team since its beginnings in the mid-1990s.

‘The James Webb Space Telescope will give us a fresh and powerful set of eyes to examine our universe,’ Webb program scientist Eric Smith said. Pictured is the Carina Nebula as seen from NASA’s Hubble Space Telescope

‘The James Webb Space Telescope will give us a fresh and powerful set of eyes to examine our universe,’ he adds in a statement.

The targets were selected by a team of representatives from NASA, the European Space Agency, Canadian Space Agency and the Space Telescope Science Institute.

The Carina Nebula is one of the brightest and biggest nebulae in space, located about 7,600 light-years away in the southern constellation called Carina.

Nebulae are stellar nurseries where stars are birthed and this particular one is home to many gigantic stars, including some larger than the sun. 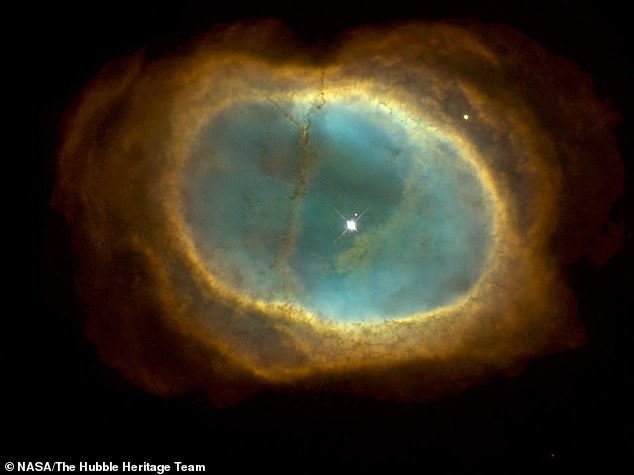 The Southern Ring nebula, pictured above, gets its nickname ‘Eight-Burst’ because it appears to be a figure-8 when viewed through some telescopes

The Southern Ring nebula, also known as the ‘Eight-Burst’ nebula, is a planetary nebula – basically an exploding cloud of gas that’s surrounded by a dying star.

According to NASA, it’s nearly half a light-year in diameter and is located about 2,000 light years away from Earth. 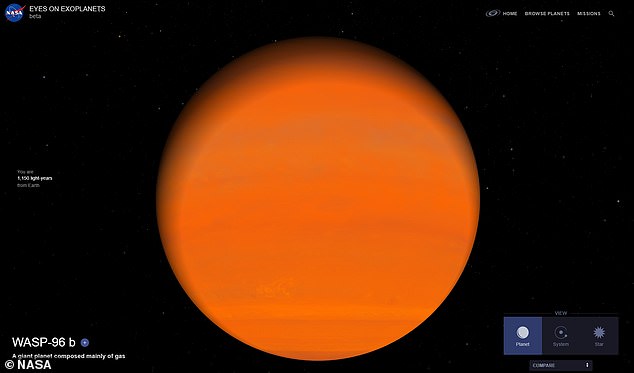 WASP-96 b, pictured above, is a gas giant exoplanet that orbits a G-type star. This planet is located 1,150 light-years from Earth and orbits its star every 3.4 days

Next on the list is WASP-96 b, which is a giant planet outside of our solar system that’s composed mainly of gas.

This planet is located 1,150 light-years from Earth and orbits its star every 3.4 days.

WASP-96 b has about half the mass of Jupiter and was discovered in 2014. 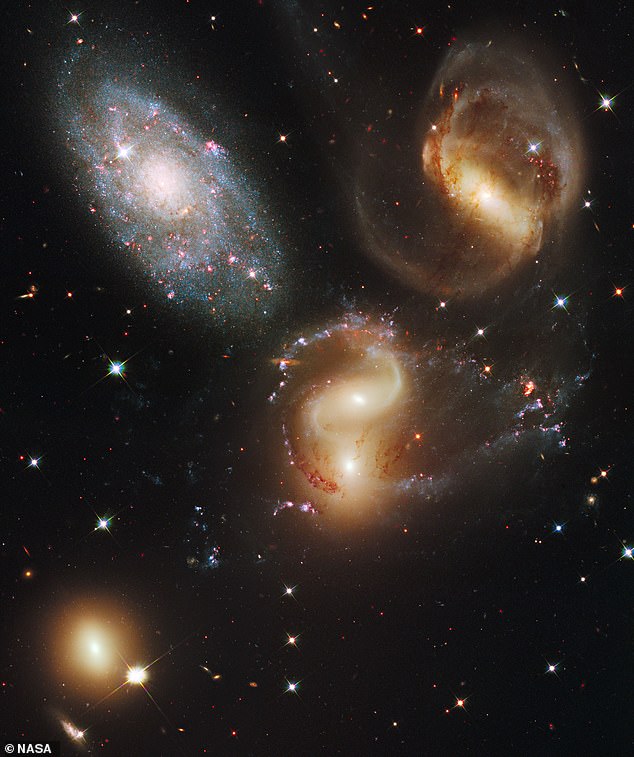 The galaxy group Stephan’s Quintet, pictured above, is part of the James Webb Telescope’s list of targets for the first images being released next week

Stephan’s Quintet is located in the constellation Pegasus and is known for being the first compact galaxy group ever discovered in 1787.

Four of the five galaxies within the quintet are locked in a cosmic dance of repeated close encounters, NASA notes.

‘Massive foreground galaxy clusters magnify and distort the light of objects behind them, permitting a deep field view into both the extremely distant and intrinsically faint galaxy populations.’

‘What questions might Webb observations raise now that will turn our curiosity to things unimagined?’ Smith asks.

‘We will soon begin to know how Webb will transform our understanding of the universe.’