From Zoella to James Charles, many of the world’s most famous YouTubers have posted videos apologising for their past or current behaviours.

These apology videos attract huge amounts of attention, and can garner millions of views.

Now, scientists from Columbia College in Chicago have revealed the most effective strategies to use when making these videos, which have come to be known as ‘YouTuber apology videos.’

Their findings suggest that YouTubers seeking forgiveness should appear natural and say sorry four times, while it helps if they have lots of subscribers. 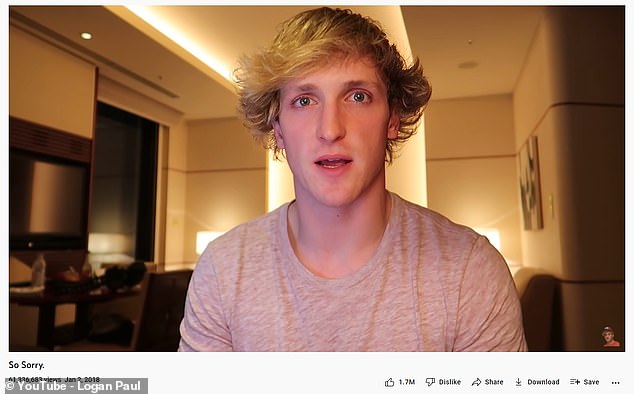 The art of the apology video

– Portray yourself naturally, without makeup and wearing natural clothes

– Promise to improve yourself

– Say sorry four times, and at least once by the three minute mark

Despite this, the impact of YouTube apology videos has remained largely unstudied until now.

‘Many professional and amateur YouTubers are apologising for their past and current behaviours, which led to the creation of a new media genre called the YouTube apology video,’ the team, led by Grace Choi wrote in their study, published in Public Relations Review.

‘Despite the overflow of these videos, their impact is still questionable to understand the magnitude of this online apology.’

In their study, the researchers examined the message construction, strategies, sincerity and forgiveness of YouTubers’ apology videos.

The team analysed the content of 117 videos, including the length of the video, views, comments, production level, appearance and message. 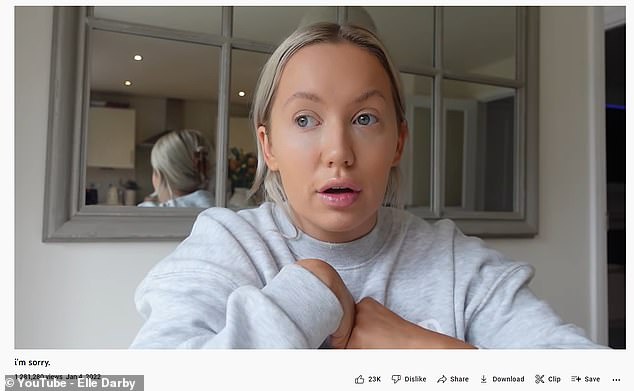 Elle Darby’s apology video after racist tweets she wrote as a teenager emerged, has been viewed 1.2 million times in just six months 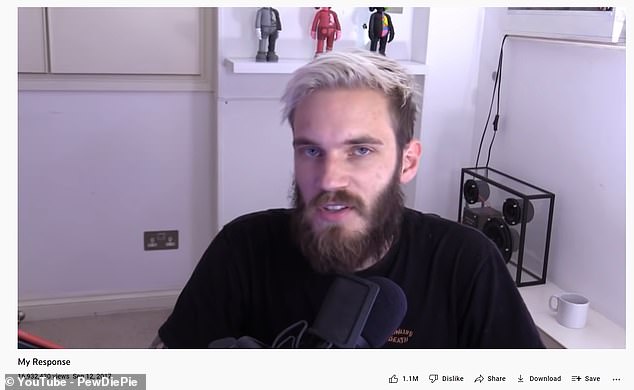 In their study, the researchers examined the message construction, strategies, sincerity and forgiveness of YouTubers’ apology videos. Pictured: PewDiePie’s apology video after he said the n-word on a livestream

Their analysis revealed that the majority of YouTubers posting apology videos were white males, while most wore ‘home clothes’ and no makeup.

‘Although these videos were seemingly portrayed to look natural with most videos using a natural light source and no music, they included digital edits and self-promotion add on that indicated that YouTubers had control over their apology message,’ the researchers wrote.

The most popular topic for the videos was ‘content problem’, while 40 per cent promised to improve themselves.

In terms of repair strategies, the most common method was mortification (70 per cent), while denial was seen in just 24 per cent of videos.

‘Considering that these are YouTubers whose lives are under the spotlight and can be easily tracked on social media, it makes sense that denial is not a favourable strategy when it is used against social media,’ the researchers explained.

When it came to the all important apology, the YouTubers specifically said ‘sorry’ at the three-minute mark on average, and four times per video.

Unfortunately for smaller creators, it seems that viewers are more forgiving if they already subscribe.

‘Our findings suggest that prior connections with the YouTuber increased viewers’ chance of forgiveness, and perceived sincerity was the predictor of forgiveness,’ the researchers wrote.

The team hopes the findings will prove useful for both YouTubers and their viewers.

‘Analysing these videos through content and media effects will help professionals, scholars, viewers and content creators to critically think about these videos and evaluate the impact of YouTube on crisis communication,’ they concluded.

Jawed Karim, one of the three founders of YouTube, has slammed the platform’s decision to remove dislike counts on videos, which he said will turn YouTube into a place ‘where everything is mediocre’ and lead to its decline.

YouTube’s decision, made earlier this month, hides the number of times other users have clicked the ‘thumbs down’ icon under videos to indicate their displeasure.

YouTube said the change will prevent groups of malicious YouTube users from deliberately going after other users by bumping up the dislike count on their videos – what it called ‘coordinated dislike attacks’.

But according to Karim, the ability to easily and quickly identify bad content is ‘an essential feature’ on YouTube, and taking this away could lead to the site’s decline.

Karim made his displeasure known by editing the description of the first ever video uploaded to YouTube – entitled ‘Me at the zoo’ – in which he stars as a 25-year-old.

'It looks like we are in Stranger Things': Haunting green sky appears over Sioux Falls