By Brenda Dennehy and Bethan Edwards For Mailonline

Jodie Comer looked radiant as she watched Elena Rybakina of Kazakhan beat Ons Jabeur of Tunisia in the Women’s Singles Final on day 13 of Wimbledon on Saturday.

The Killing Eve star, 29, stunned in a plunging green emerald dress while she chatted to Hollywood star Tom Cruise in the Royal Box.

Catching up on Centre Court, the two actors appeared to be deep in discussion as they leaned over their guests to enjoy a conversation. 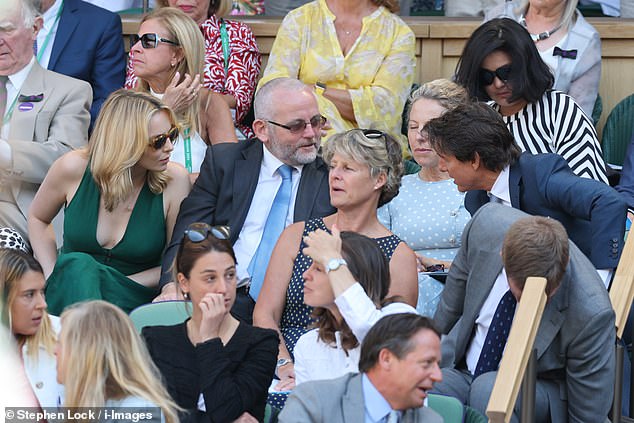 Catching up: Jodie Comer stunned in a plunging emerald dress while she chatted to Tom Cruise in the Royal Box at the Women’s Singles Final match at Wimbledon on Saturday

Appearing jovial, Jodie was her typical cheery self as she wore a constant smile as she watched the biggest game of the tournament so far.

She sported a flawless makeup look with a nude lip while her strawberry blonde locks were styled in loose waves with a centre parting.

Meanwhile, Tom looked suave in a navy suit which he wore with white shirt and light blue tie, while sporting his signature head of messy brown hair. 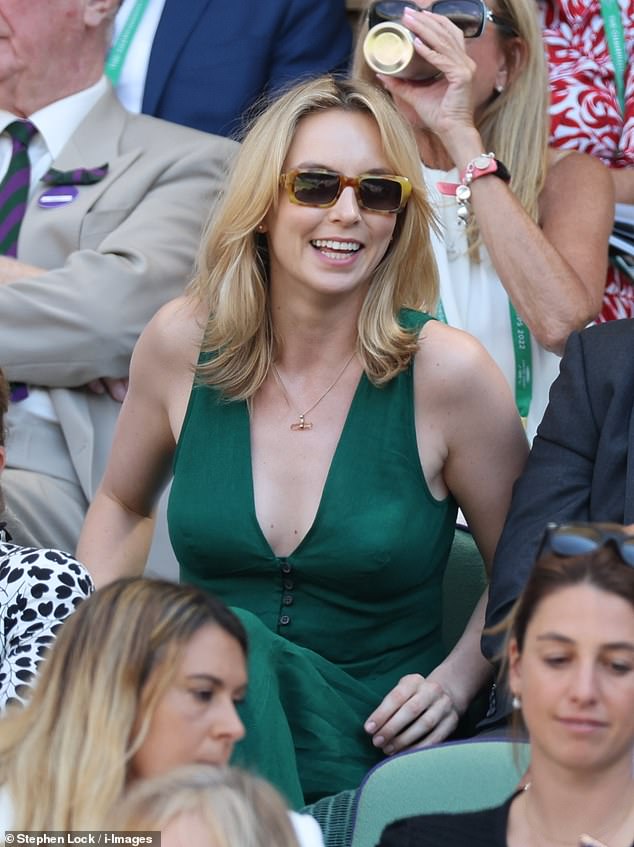 Tennis fan: Appearing jovial, Jodie was her typical cheery self as she wore a constant smile as she watched the biggest game of the tournament so far 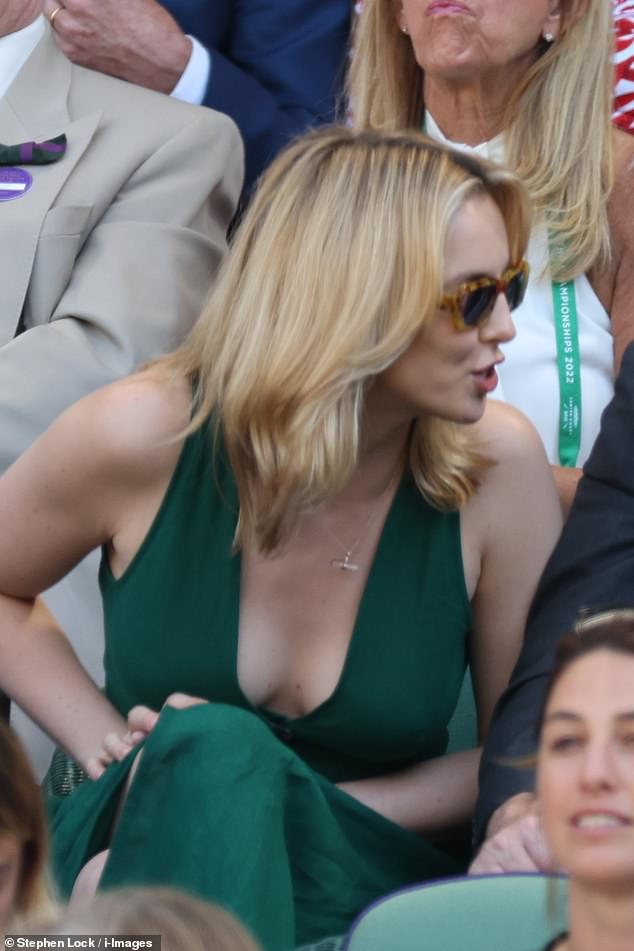 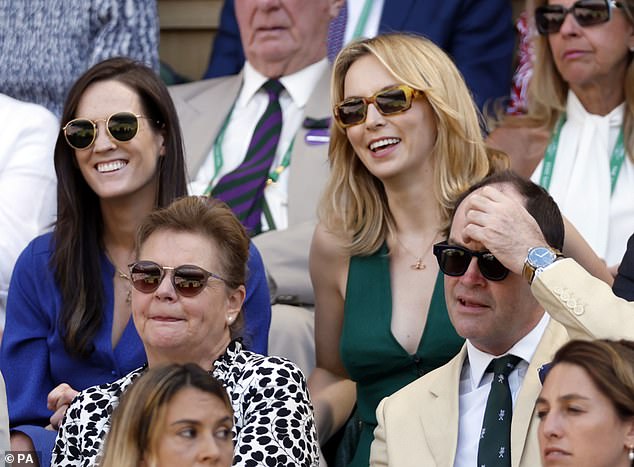 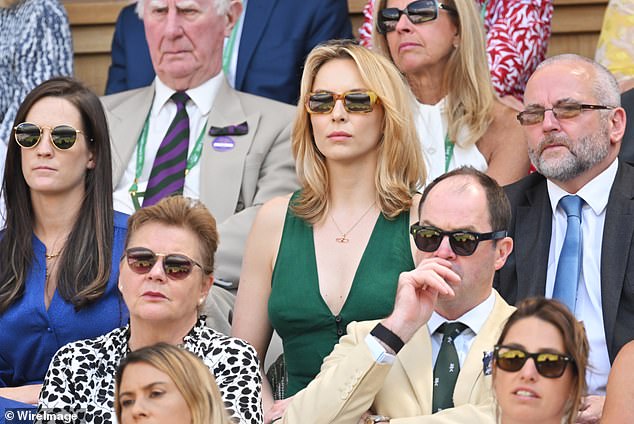 Silence: Jodie and the guests at the Royal Box looked pensive as they watched Elena Rybakina of Kazakhan take on Ons Jabeur of Tunisia in the women’s singles finals

The outing comes after Jodie took her final bow in the West End after performing in her one-person play Prima Facie last month.

After the success of the show – she will not head for the bright lights of Broadway as she heads to the US with her play.

The production sees Comer portraying a brilliant barrister who has progressed from her working class origins to the top of the profession, when an unexpected event forces her to ‘confront the lines where the patriarchal power of the law, burden of proof and morals diverge’. 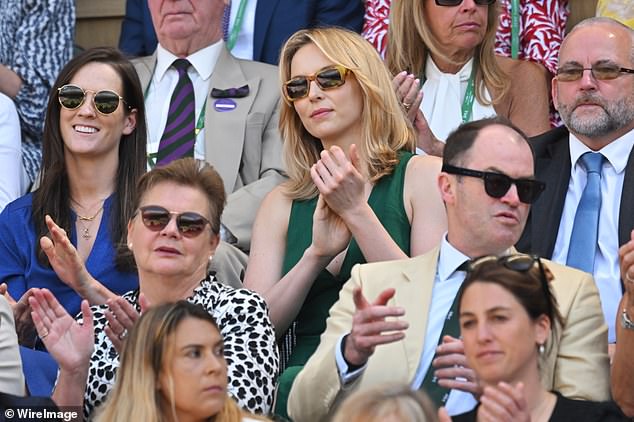 Applause: The award winning actress was game ready as she clapped her hands during the final

Sharing the news on Instagram, alongside a picture of her with tears in her yes, Comer wrote: ‘I am so honoured to play a part in the telling of this story and beyond thrilled that next week isn’t the end.

‘It means so much to see and hear so many of your positive responses.

‘Thank you to all of you who have supported the show and a special shout out to those who have travelled thousands of miles, now it’s our turn. I love you Tess, we’re going to BROADWAY!’. 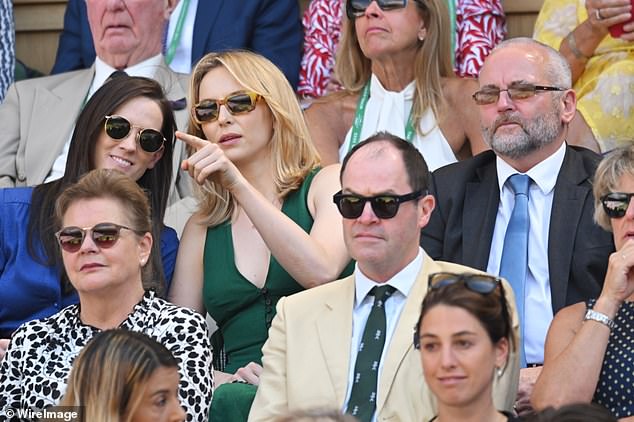 Deuce: The tennis fan was joined by a female friend, who also looked stunning in blue

It comes after she reportedly found herself at the centre of a security scare last month, after an overzealous fan allegedly tried to get under a shutter to the stage door at the theatre of her play.

Her popularity has no doubt soared after picking up the Leading Actress gong for her role in Channel 4 ‘s Help at this year’s BAFTA Television Awards held at London ‘s Royal Festival Hall earlier this month.

The star who won the category in 2019 for Killing Eve, admitted she was ‘very nervous’ as she took to the stage to receive her award for her outstanding performance in the pandemic drama. 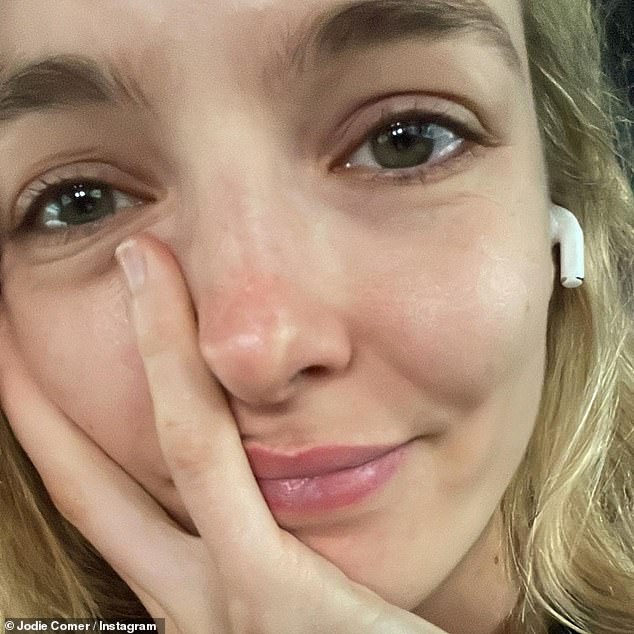 Exciting! Jodie will be swapping the theatre boards of the West End for the bright lights of Broadway as she heads to the US with her one-person play (pictured crying as she delivered the news to fans)

The Liverpool-born actress has been lauded for her role in BBC spy thriller Killing Eve in which she stars as Russian assassin Villanelle alongside Sandra Oh as Eve Polastri.

She has also starred alongside some of Hollywood’s biggest names appearing in Sir Ridley Scott’s historical epic The Last Duel alongside Matt Damon and Ben Affleck and sci-fi comedy Free Guy with Ryan Reynolds.

At this year’s Bafta ceremony, Comer claimed the leading actress award for her role in Channel 4’s Help – a fictional drama set in a Liverpool care home during the first wave of the coronavirus pandemic.

Prima Facie will arrive on Broadway in 2023, Comer confirmed.