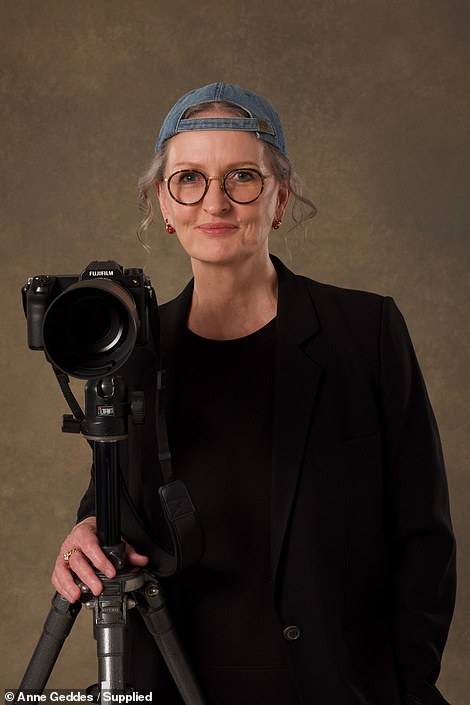 Parenting isn’t picture-perfect and according to legendary baby photographer it’s the messy, chaotic and un-orchestrated moments that make for the most magical memories.

Known for her enchanting newborn baby photos Geddes is no stranger to capturing new life – which makes her the perfect resource for parents struggling to create their own perfect baby photos.

Speaking to FEMAIL the 65-year-old New York-based photographer revealed parents often try too hard when it comes to documenting their children’s lives.

From over styling shots, to adding heavy filters and trying to control the way their children come across in each photo.

‘My images have always been about the babies, their life and their promise,’ she said.

‘People need to relax, be themselves and post images which are more realistic – it is a small thing that will help everyone.’

‘When it comes to babies, for photoshoots, the truth is you can’t make them do anything, you have to watch and capture it as it happens.’

Geddes rose to fame in the 90s with her beautiful, stylised photoshoots which show newborns in sweet outfits. 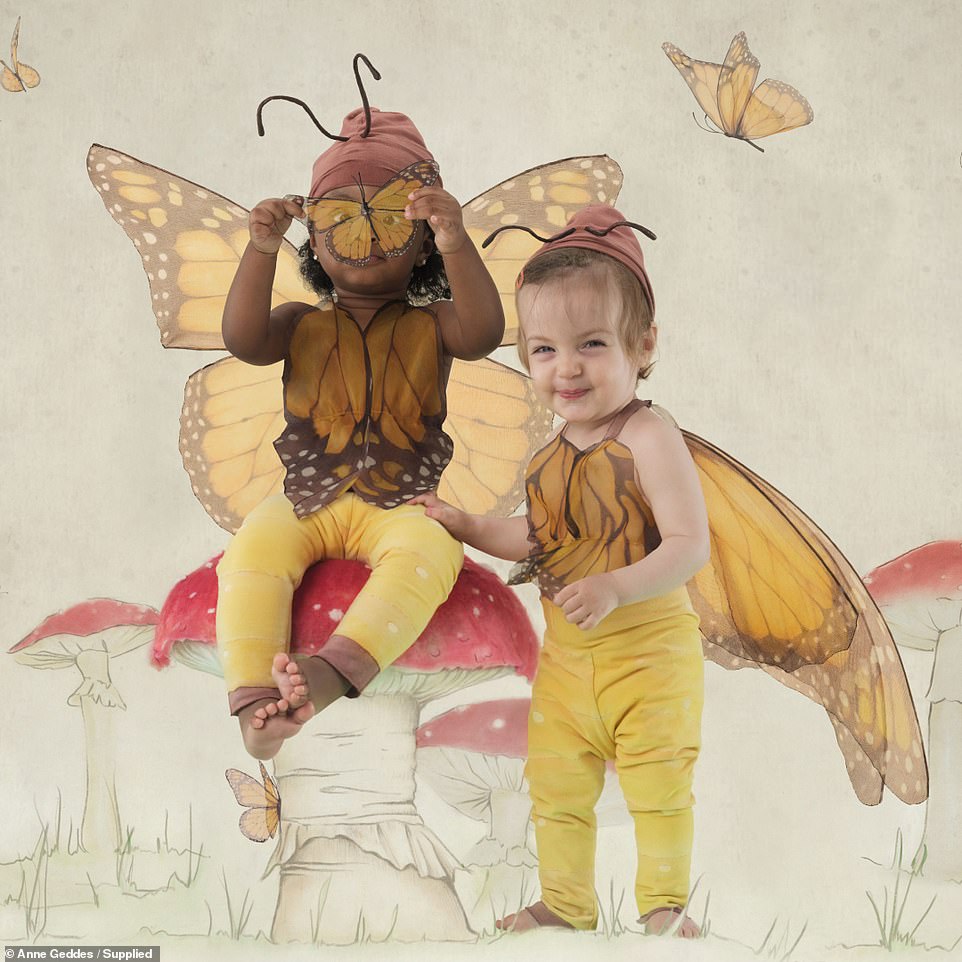 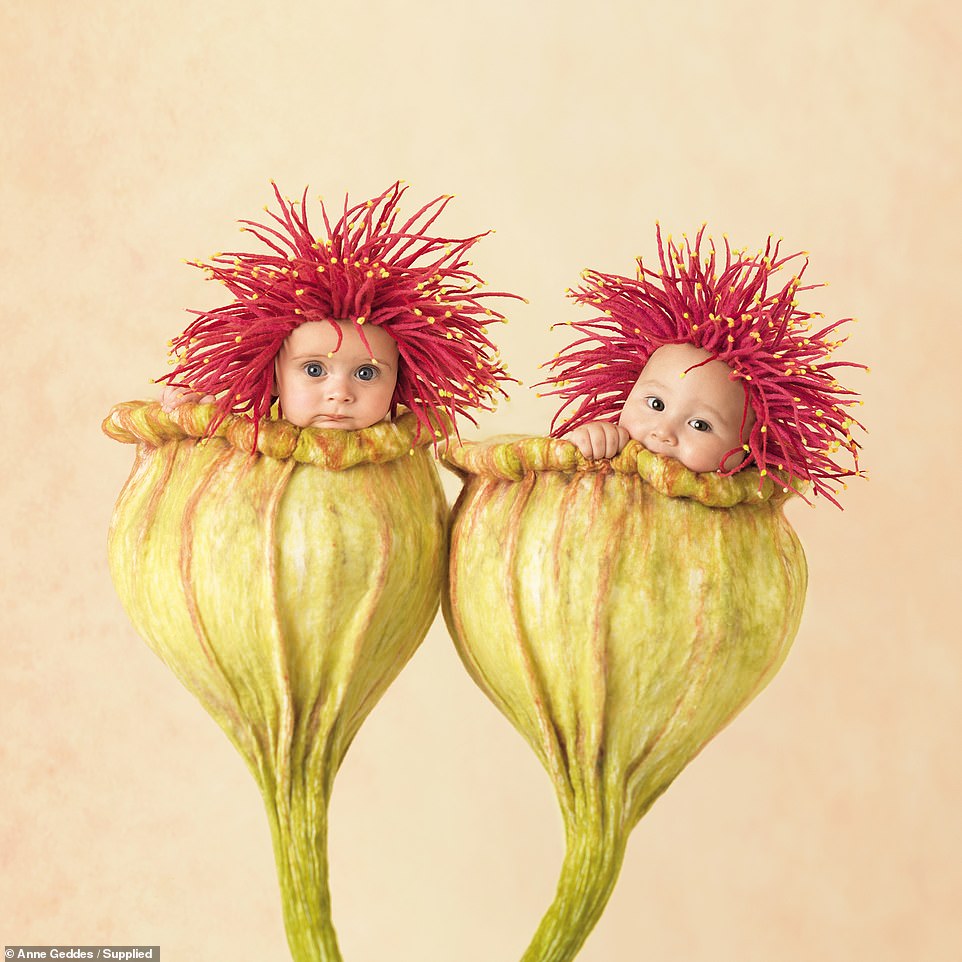 And while a lot of effort goes into the layout and costumes for each shoot – the magic comes from the reaction and expressions unique to each of her subjects.

‘It can be very stressful but then something will happen, magic pops into the air. It can be a yawn or a reaction to what’s happening,’ she said.

‘The thing is babies make us better people, if there is one in the room we want to smile, it is that magic we are trying to capture.’

The artist is currently working with Karicare on the Feed the Reel movement which asks parents to consider the chaos behind the scenes of every baby photo or mumfluencer account.

Instead of imagery of perfectly calm and peaceful children that was behind Anne’s rise to fame, the campaign showcases children at their messy, honest and chaotic best – throwing tantrums, ‘rearranging’ the set and more – all against Anne’s iconic, ethereal style.

“My journey as a baby photographer began before the rapid growth of social media and the ubiquitous sharing of our lives online. Nowadays, I see new parents comparing themselves to the overly perfect and Insta-friendly images and videos that appear in social media,’ she said. 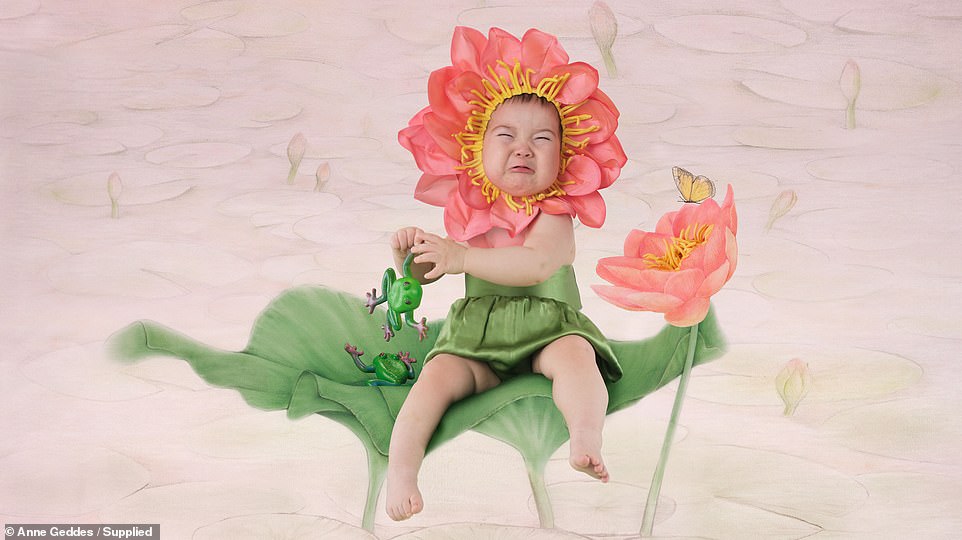 ‘This creates an unhealthy pressure on parents. It almost makes it competitive, and I don’t think that’s right. I’ve created images with Karicare Toddler that aren’t the typical Anne Geddes perfect, but in another way they’re perfect as well! We have captured the real moments we all know, which are just as beautiful.’

3 –  Focus on keeping it natural

One image shows a toddler’s sudden enthusiasm for one of the beautiful butterflies on set.

Instead of waiting for the youngster to ‘behave’ Geddes saw her opportunity and snapped the shot – capturing the cross-eyed toddler’s enthusiasm in all it’s glory.

‘Usually I capture newborns, they are a captive audience, these toddlers were definitely toddling,’ she said.

‘One of them was dead against the costume, until she realised she had an audience. For me it is about being able to read the room.’

The campaign urges people to enjoy every moment with their children instead of comparing their real-life with others’ highlights.

Research found that 44 per cent of parents feel competitive with other parents on social media, while almost half (48 per cent) feel judged if their child isn’t in a fresh, coordinated outfit before being photographed.

These feelings of inadequacy have led to a quarter (26 per cent) having stopped sharing posts about their children or family life on social media due to negative feedback or shaming. 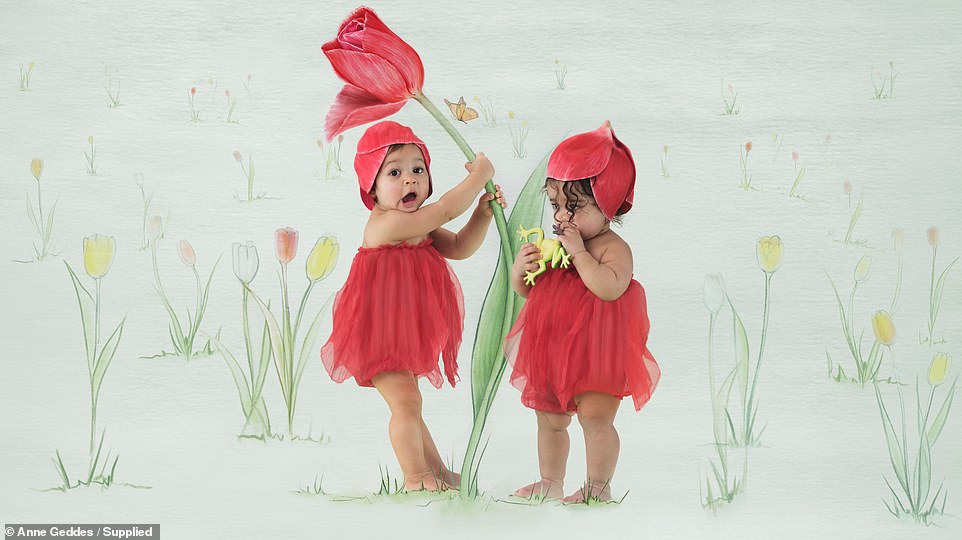 Her advice to let things be messy comes after Karicare found almost half of all parents feel their children need to be in fresh, well-coordinated clothes to be photographed

While others admitted to taking at least seven photos of their children before picking ‘the shot’ deemed acceptable for social media.

Anne, who is mother to two girls and step-mum to two more became a baby photographer when her own children were toddlers, 35-years ago.

And while she is happily campaigning against ‘perfect’ pictures on social media the photographer is also a huge fan of online content.

She loves that babies can have their first moments captured using phones and digital cameras – because they and their loved ones will have those for a lifetime.

She wants people to remember the reality of their lives when they go through baby photos – and notes sometimes it’s the magic moments fueled by chaos that are most loved later on.

Gemini horoscope: What your star sign has in store for July 10 to 16