Lindsay Lohan uploaded a series of photos onto her Instagram that captured happy moments during her trip to Turkey.

The Mean Girls actress, 36, recently tied the knot with financier, Bader Shammas, and the couple have been enjoying time together while exploring a new country.

The star has been relaxing under the sun and spending time near the crystal blue water. 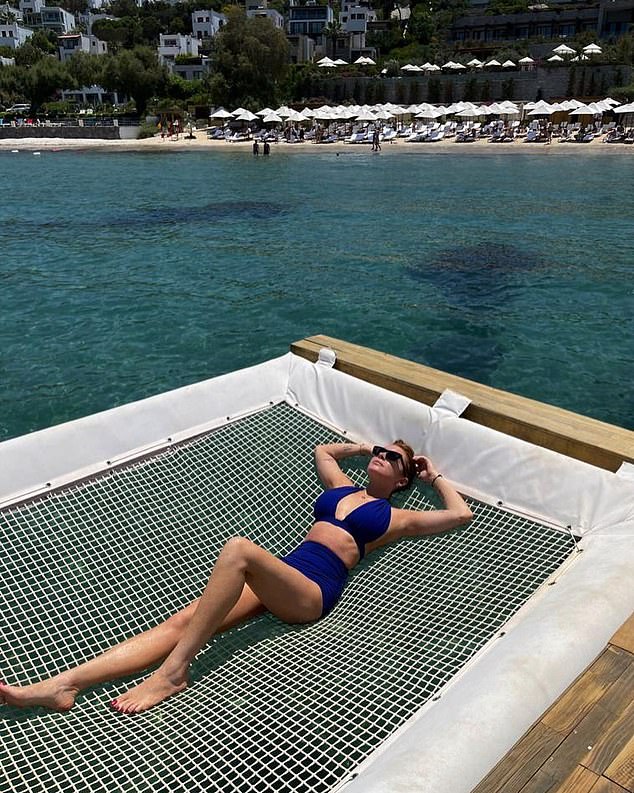 Stunning: Lindsay Lohan, 36, posed in a vibrant blue swimsuit while soaking up the sun on trip to Turkish resort

The 36-year-old shared a photo of herself laying on a netted hammock placed over the shimmering water.

The bikini top had a deep cut in the middle with the bottom piece being elegantly high-waisted. Lindsay added a pair of black sunglasses as she basked under the bright sun. 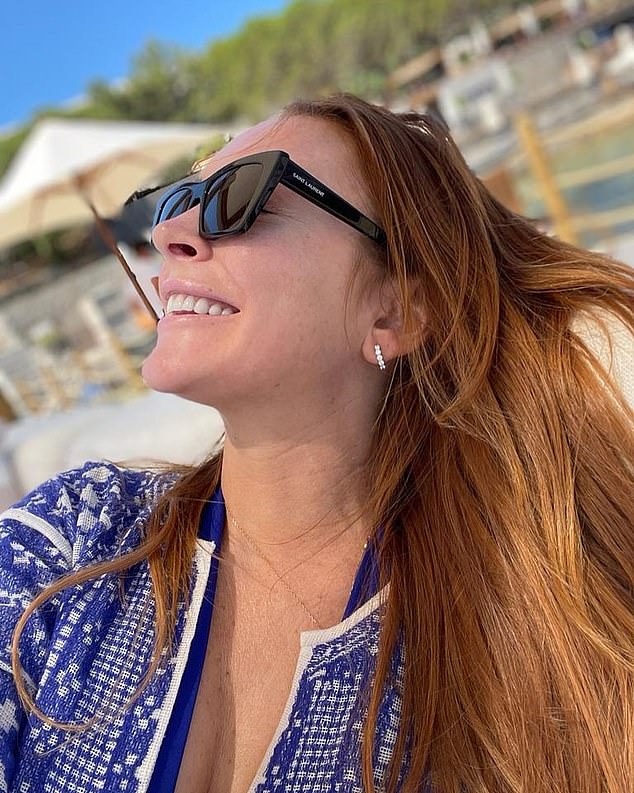 Happy: The actress shared another snap of herself sending a big smile as she had the time of her life on her small getaway

In another snap that she shared with her 11 million followers, the talented star was smiling as she rested on the beach.

She added a short and sweet caption to her post, typing out, ‘Sunshine on my mind.’ The actress added a sunshine, heart, and wave emoji at the very end.

Her fans have been tagging along with her on the luxury trip through social media, and Lindsay’s family have also commented on her post. 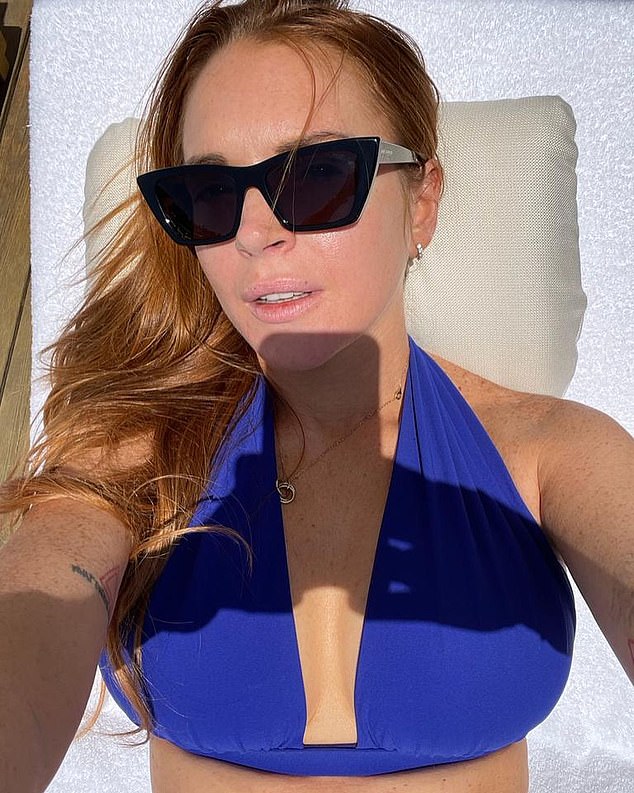 Vacation mode: The Mean Girls actress shared a pic of herself laying under the sun during her resort vacation

Another picture she shared in her most recent photo series was an adorable selfie. The actress sent a smoldering look to the camera as she rested on a towel covered beach chair.

The Parent Trap star wore her hair down but swooped her locks to the side to keep her hair from falling onto her face.

She added a dainty gold necklace with a round embellishment along with a pair of earrings that sparkled in the light. 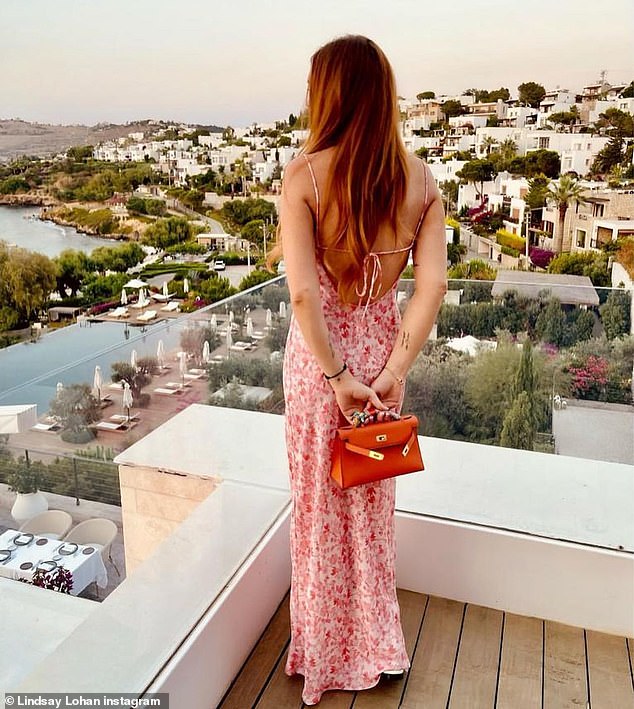 Amazing trip: Lindsay and her new husband have been living their best life at an oasis type resort in Turkey

The newlyweds have been staying at a luxury boutique hotel called The Bodrum EDITION.

The hotel is located right on the water, and has its own pool, spa, fitness center, and restaurants. The resort is a perfect location for a once in a lifetime getaway.

Lindsay and Bader recently said, ‘I do,’ after becoming engaged last year. The actress revealed the big news on her Instagram earlier in July. The couple were posing as the actress laid her head against her husband, both of them sending a happy smile to the camera.

‘I am the luckiest woman in the world. You found me and knew that I wanted to find happiness and grace, all at the same time,’ she wrote out in the caption.

‘I am stunned that you are my husband. My life and my everything,’ Lindsay added, expressing her happiness to have wed the love of her life. 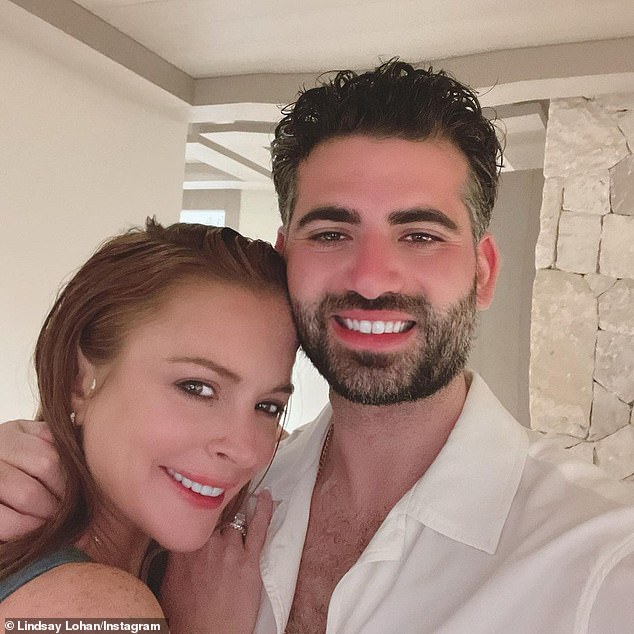 Newlyweds: Lindsay and Bader tied the knot at the beginning of this month and both seem to be overjoyed 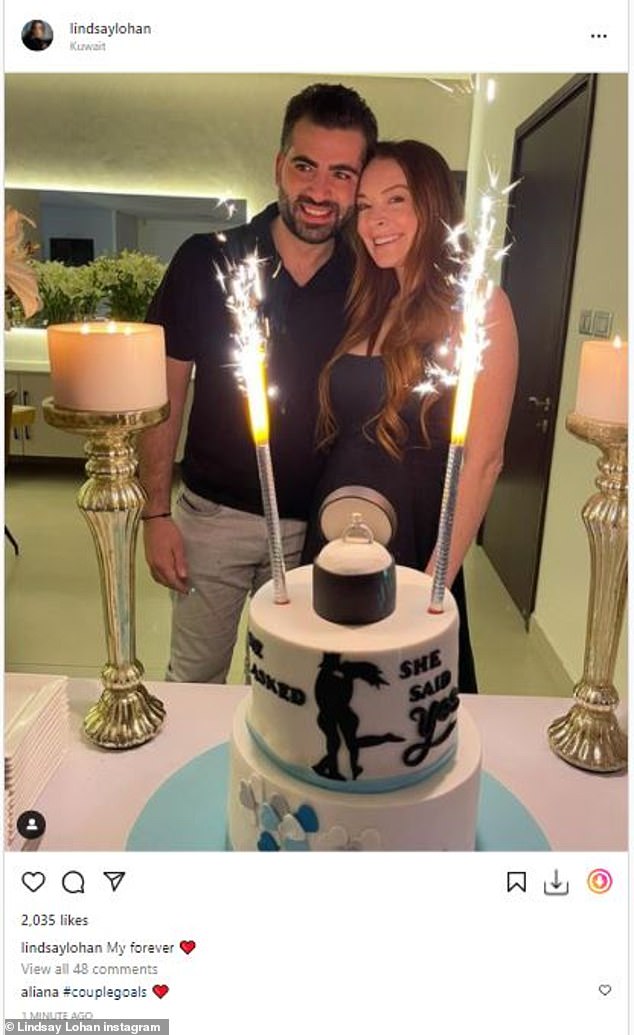 True love: The couple announced their engagement last year in 2021 after dating for three years

In an interview with Extra earlier this year, the actress and model discussed her potential wedding plans.

‘I want to do things right,’ she explained about her plans. ‘And I want to pace everything. But, it’s an exciting time.’

Besides putting her focus on her marriage and new husband, the star also recently launched her own podcast in April titled, The Lohdown With Lindsay Lohan.

According to the official page, her show includes, ‘new and fascinating stories that span the world of entertainment to everyday makeup and beauty tips and tricks.’

While talking to Extra, she also added her feelings and thoughts about starting her own podcast. ‘It is so much more freeing because there is not that kind of camera on you, watching your every move. You can just kind of let go.’ 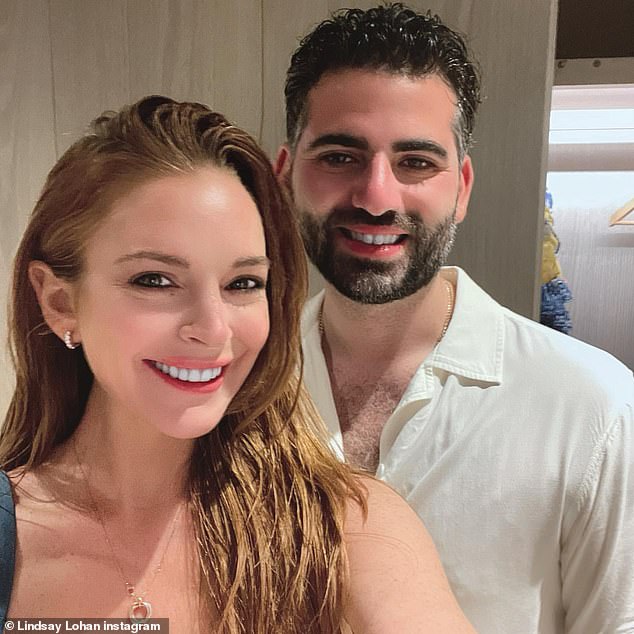 Big smiles: The couple appear to be enjoying life together after officially getting married in July 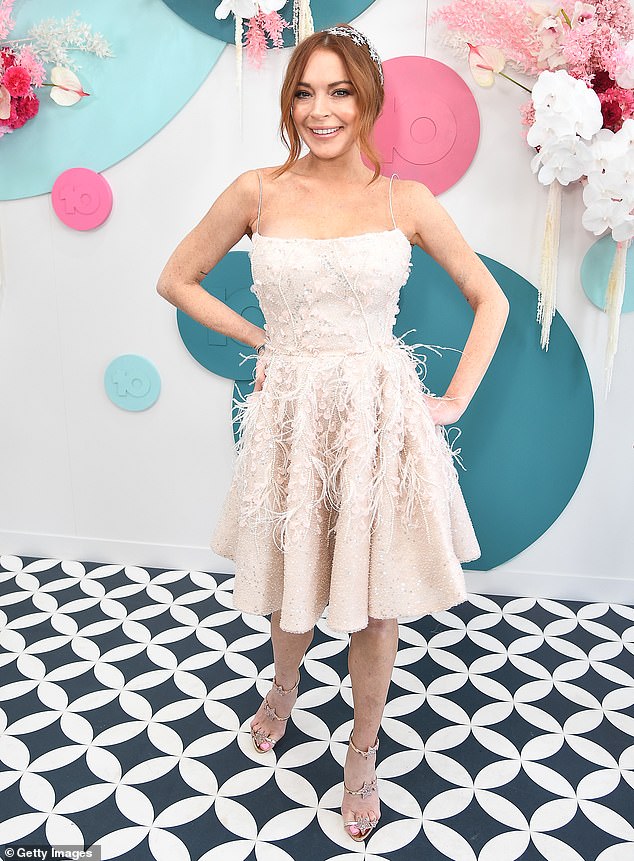 Busy bee: The actress and model launched her own podcast back in April titled, The Lohdown With Lindsay Lohan