Mother slams ‘disgusting’ decision to ‘ban’ her daughter, 16, from school prom after she missed classes due to long-term bowel illness

A mother has slammed the ‘disgusting’ decision to ‘ban’ her teenage daughter from prom after she missed a number of classes due to a long-term bowel illness.

Alisha Hoy, 16, was allegedly told she was not allowed to attend the end of year celebration at Airedale Academy in Castleford.

Her mother, Marian Fitchett, says Alisha has suffered from a bowel illness since she was a child, which sometimes leaves her in pain and unable to get out of bed.

Because of this, Ms Fitchett says her daughter was unable to attend some of her Year 11 classes.

‘Because she wasn’t able to go to classes I told the school to send her work home so she could keep up but they never did,’ she said. 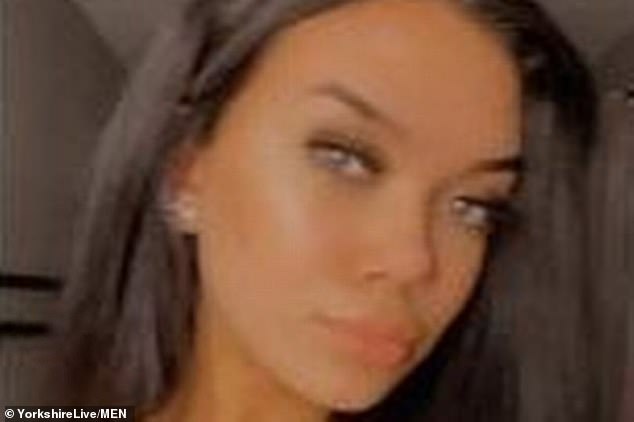 Alisha Hoy (pictured), 16, was allegedly told she was not allowed to attend the end of year celebration at Airedale Academy in Castleford

However, Ms Fitchett said Alisha, who lives in Bryram, Selby, was able to take her GCSE examinations after ‘pushing herself’ over the final term.

She was due to attend her school prom on July 7, but was allegedly told ‘under no circumstances’ could she attend the gathering.

Her mother claims she got a letter from the school a week before the prom explaining that Alisha would not be permitted to attend.

Ms Fitchett says she has been trying to get in touch with Airedale Academy, but ‘has not been able to get a response’.

The mother-of-four said: ‘My daughter is very upset and I feel the school are discriminating against her for being ill. She has had an illness since she was a child.

‘She doesn’t really like to talk about it or share too much but she had to have time off school and was in bed. She was banned from her prom this week. 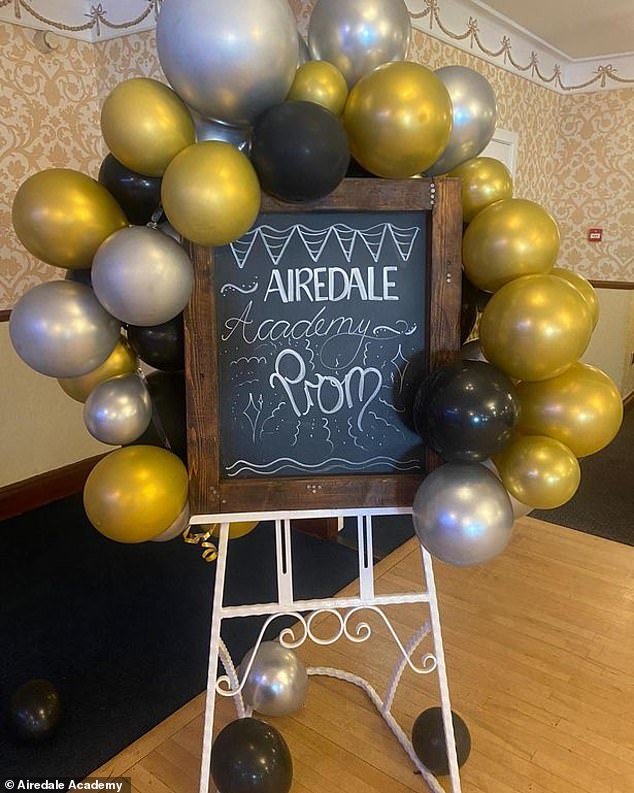 Alisha was due to attend her school prom (pictured above) on July 7, but was allegedly told ‘under no circumstances’ could she attend the celebration

‘The school are saying she had too much time off school but I provided medical records. It’s disgusting.

‘We got a letter from them last week [the week before the prom] saying she could not go and I have been ringing the school this week. The school never helped us through the years with her illness and would never provide work to do at home etc. And now, to do this to a child is disgusting.’

Ms Fitchett added: ‘She was crying last night [Thursday July 7], in fact we were both crying. Children who have illnesses already have so much going on in their life this is the last thing she needed.

‘This is something she has always looked forward. Things need to change if that is the rules for the academy.’

After complaining to Airedale Academy, Ms Fitchett claims she finally received a reply.

It allegedly read: ‘Thank you for your email. I will post out first class to you the letters that were previously circulated regarding prom and the explanations of points.

‘Please do get in touch should you require anything further.’