A woman has revealed that her mother called her ‘selfish’ because she refused to share her inheritance with her stepsiblings, even though they have a strained relationship.

The anonymous 20-year-old woman, thought to be based in the US, shared her story in a post on reddit’s Am I the A****** forum, seeking an ‘unbiased’ opinion on whether she had done the right thing.

In a lengthy post, the woman explained that she had been kicked out by her mother when she fell pregnant aged 14 and had been raised by her aunt, her mother’s half-sister. Her mother, with whom she still has a difficult relationship, had subsequently remarried and adopted her new husband’s four children.

When her maternal grandfather died – who was father to her mother but not her aunt – she was left a sizeable inheritance that will leave her ‘set for life’.

Yet her mother had insisted she should give a portion of the money to her stepsiblings, even though she does not get on well with them and they did not have a relationship with her grandfather.

The anonymous 20-year-old woman, thought to be based in the US, shared her story in a post on reddit’s Am I the A****** forum, seeking an ‘unbiased’ opinion on whether she had done the right thing. Stock image 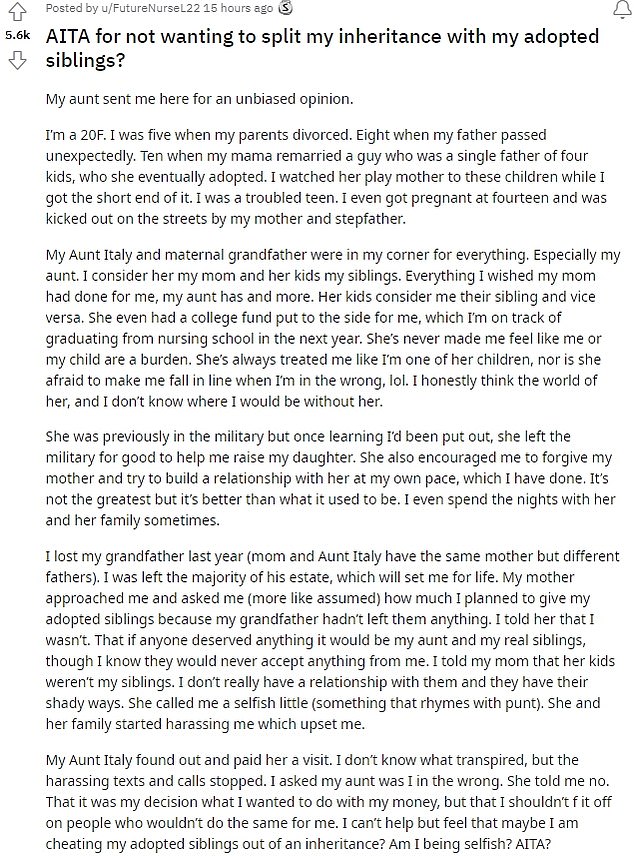 In her detailed post, the anonymous woman explained her complicated family set up, explaining why she hadn’t shared the inheritance

The woman was met with a wave of support from fellow Reddit users, who said she was well within her rights to use the money as she saw fit.

Explaining the complicated relationships, she wrote: ‘I was five when my parents divorced. Eight when my father passed unexpectedly. Ten when my mama remarried a guy who was a single father of four kids, who she eventually adopted.

‘I watched her play mother to these children while I got the short end of it. I was a troubled teen. I even got pregnant at fourteen and was kicked out on the streets by my mother and stepfather.’

Fortunately, she could count on the support of her maternal grandfather and aunt, who even quit her job in the military in order to care for her niece and the baby.

‘I consider her my mom and her kids my siblings,’ the woman explained. ‘Everything I wished my mom had done for me, my aunt has and more.

‘Her kids consider me their sibling and vice versa. She even had a college fund put to the side for me, which I’m on track of graduating from nursing school in the next year. She’s never made me feel like me or my child are a burden.’

Numerous commentators told the poster she did not owe the adopted siblings anything, and that she should cut her biological mother out of her life

Although she has worked to improve her relationship with her birth mother, things became difficult when she was left the majority of her grandfather’s estate in his will.

‘My mother approached me and asked me (more like assumed) how much I planned to give my adopted siblings because my grandfather hadn’t left them anything,’ she continued.

‘I told her that I wasn’t and that if anyone deserved anything it would be my aunt and my real siblings, though I know they would never accept anything from me. I told my mom that her kids weren’t my siblings.

‘I don’t really have a relationship with them and they have their shady ways. She called me a selfish little (something that rhymes with punt). She and her family started harassing me which upset me.’

She concluded by saying that the harassment stopped after her aunt visited her mother, but said she still worries that she’s ‘cheating’ her stepsiblings out of money.

Lots of Reddit users said that if the poster gave some of the money to the adopted siblings, she wouldn’t be staying true to what her grandfather wanted

Posters were unanimous in condemning the mother for kicking the poster out when she was so young, and said she does not owe her stepsiblings anything.

One even branded the mother an ‘egg donor’, writing: ‘NTA [not the a*****e] Drop your egg donor and don’t look back.’

A third agreed, writing: ‘In no way, shape, or form are they entitled to or deserving of ANY of your inheritance. Do No feel bad for honoring your grandfather’s wishes.’ 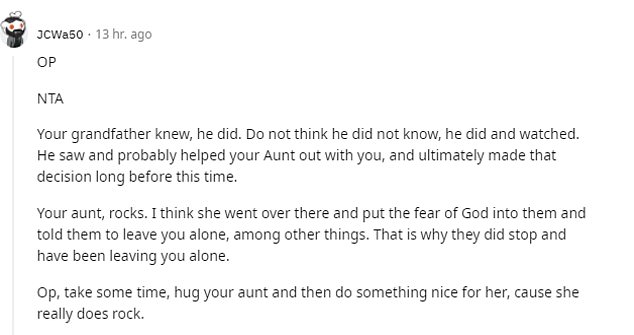 The true hero of the story was the aunt, according to many of the commentators, who couldn’t praise her highly enough

Others noted that if the grandfather wanted his money given to the other siblings, he would have made provisions for this in his will.

One redditor said: ‘NTA. The Inheritance is yours and therefore, you get to decide what to do with it and if anybody gets anything. That’s your decision alone to make.

‘If your grandfather wanted to leave an inheritance for your adopted siblings then he would have, but he didn’t.’

Another added: ‘Nope. Your grandfather left his money to you because he wanted you to have it.’

BEL MOONEY: How do we solve bitter rift over daughter's wedding? 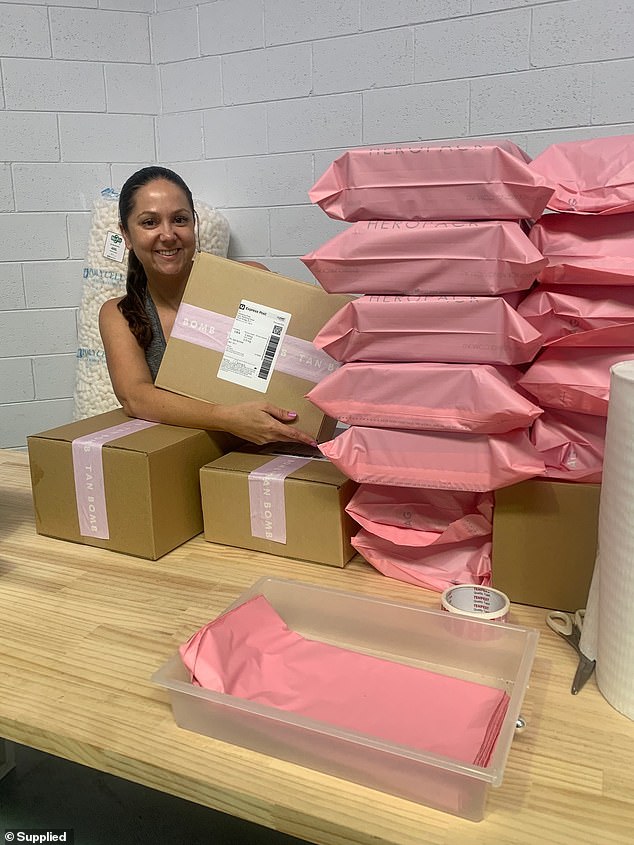 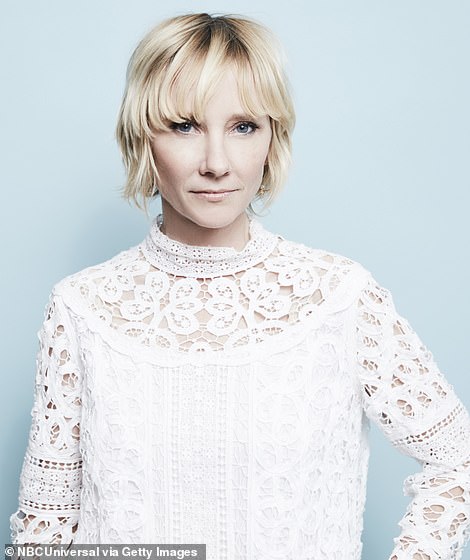