A WOMAN has spilled the beans on the strangest baby shower ever – and the ‘mum-to-be’ wasn’t even pregnant.

Posting on Reddit, the anonymous woman, who works in clothing retail, revealed she was invited to the event by a former work friend called Rhonda* – who was hosting for her daughter.

But the fallout from the event has left the two colleagues at war – with the woman saying Rhonda is “making my work life a living hell”.

She explains: “What I didn’t know was this was not a regular baby shower…

“I arrived with a gift, and was talking to my other coworkers that were there, and we figured out none of us had met the daughter.”

And when they were introduced, things got pretty awkward. 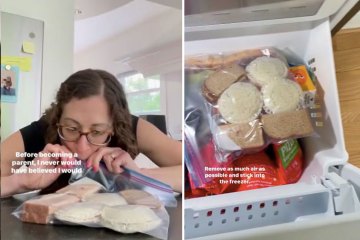 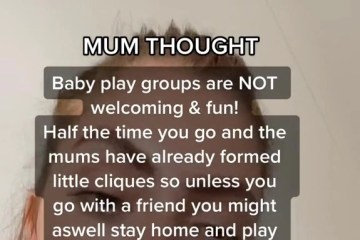 The woman explained: “I congratulated her, and thanked her for having us.

“She laughed and said something like ‘thank you, but I’m not pregnant quite yet’ ‘but it’s always good to be prepared for when the time comes’.

“I was visibly confused which seemed to offend her.

“After she walked away from our group, my coworker explained that Rhonda had told her when they arrived that this ‘isn’t a regular baby shower’ and her daughter had been feeling down because quite a few of her friends had been pregnant.

“I asked the friends if they knew beforehand, but they said no, and that they were confused why they were asked to buy gifts, but decided not to make a big deal about it.”

But the Redditor was not so timid about it, and confronted her colleague.

She wrote: “I asked Rhonda if I could take back my gift since I am not made of money, and I would prefer to get her daughter a gift when she was actually having a baby.

“Rhonda said that I would be rude to take a gift back after giving it, and that her daughter was going through a lot, and was looking forward to opening presents.

“The daughter sent me hateful messages over Facebook including calling me a ‘disrespectful old b*tch’ and a bad friend to Rhonda.

“I feel bad for storming off, and taking back the gift if it was going to cause this much grief.”

But things escalated even further, with the shop worker saying: “Rhonda is threatening to go to HR if I don’t return the gifts, and buy something else off the registry (most the items on the registry aren’t even for babies) for the suffering I’ve caused.

“Am I an a**hole for taking back a gift because I was lied to?”

Defending her stance, one person wrote: “This ‘shower’ is literally the most tacky, gift grabby, bats*** crazy thing I’ve ever heard of”.

While a second commented: “How much you want to make a bet daughter returns all the gifts for the money?”

And a third said: “What did I just read?? Is this mother for real????? OP (original poster), yeah definitely update us about this and please stay away, far away, from these people.”

Others wrote: “This is one of the weirder things I’ve ever heard of” and accused the colleague of “fraud” for suggesting it was a legit baby shower.

And one reader said: ” Wtf is a baby shower without a baby… she just wants free s*** for no reason?”

Some said the shop worker needed to go HR herself.

One wrote: “I would go to HR first and tell them your coworker is harassing you about gifts for a fake baby shower and demanding you buy her daughter presents just for the heck of it and lying about her daughter having a baby.

*Rhonda is not her real name