A HUGE public transport shake-up will hit England later this year, putting a £2 price cap on long-haul bus tickets – here’s how much you could save.

Bus fares across the country are set to plummet in October when a £2 price cap on local and regional journeys is introduced.

Long-haul trips of up to 80 miles and lasting more than three hours will stay at the fixed price of two pound coins, reported The Times.

The scheme, which will last six months throughout the winter, comes as the soaring cost of living and huge fuel prices pressure many more Brits into taking public transport.

The price cut aims to level bus fares around the country, after services around England were slammed for their high prices.

Buses outside the capital have been more expensive and less frequent than London buses for a long while. 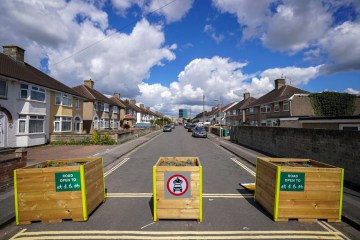 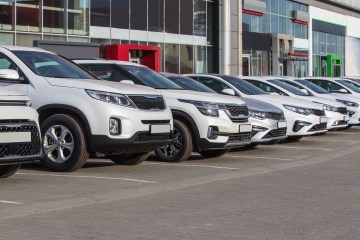 The Transport for London journeys have a pay-as-you-go flat rate of £1.65 if made within an hour.

So this brand new £2 cap will work with the same idea as TfL’s bus fares and will hopefully save Brits hundreds while it lasts.

The move means lengthy journeys could be cut from as high as £19 down to £2, saving commuters well-earned pennies in the process.

A source familiar with the scheme told The Times: “Its main purpose is to reduce the price of trips in rural areas and to city centres from outer suburbs, for commuting, shopping, leisure and education, but there will also be bargains on longer journeys.

“The price of the 80-mile trip from Peterborough to Norwich with First Excel is normally £12 for a day ticket and takes three hours 15 minutes but will be cut to £2.

“The 77-mile trip from Leeds to the coastal town of Whitby normally costs £19 for a day ticket on the Coastliner and takes more than three hours.

“While Stagecoach charges £10 for the 60-mile ride from Oxford to Bedford, which takes two hours and 20 minutes.”

However the source did add: “The price cap will not apply to long distance scheduled coach services, and nor will it apply to Scotland or Wales.”

Although mostly concessionary ticket-holders use UK buses now – those who have reached state pension age, or 60 if they live in London – the current cost-of-living crisis might force Brits back onto buses.

One driving factor behind the transport change-up is the record-breaking cost of fuel at the moment.

Motorists now face forking out £100 to fill up their tanks, an eye-watering price tag for the average family car that slapped Britain early in June.

Petrol prices are currently going up because of the ongoing crisis in Eastern Europe.

The price of Brent crude oil hit a seven-year high of $99 due to concerns over the reliability of supplies almost as soon as Russian troops entered eastern Ukraine earlier this year.

Drivers around the UK have been desperate to get their hands on cheaper fuel as it becomes more and more expensive to commute, do the school run and simply run errands.

Luckily, The Sun advised readers how to find the cheapest fuel near them as wholesale prices skyrocket.

The bus fare price cap follows similar moves by governments across Europe who are slashing the price of public transport.

In Ireland fares have been cut by 20 per cent, while in Germany, you can grab yourself a ticket costing €9 (£7.62) for a month’s unlimited travel this summer on local or regional public transport.

The Department for Transport did not comment directly on the plans but said in a statement: “We’ve already committe to investing £3 billion in bus services by 2025, to improve fares, services and infrastructure, and given nearly £2 billion since March 2020 to bus operators and local authorities to mitigate the impacts of the pandemic.”

Aston Villa are in talks to sign Sevilla's Ludwig Augustinsson

Mother, 40, reveals how she quit her PR job to launch a company