SHOCKING video showed the moment a mother desperately attempted to climb the hood of her car with her two children inside after another unknown woman carjacked it.

Police said Melody Maldonado, 33, parked her white Hyundai Santa Fe in front of a New Mexico store and was pushed by another woman when she returned.

The assailant got into her vehicle and drove off, prompting the mother to try to stop the thief but she was unsuccessful.

“She definitely heard me. I yelled for her to stop and that my kids were in the car,” she told the Daily Mail.

“She kept driving. We went a good distance…she was swerving so that I would fall off.”

Maldonado ran back to the convenience store, not realizing that her foot was broken, and urged the clerk to call police. 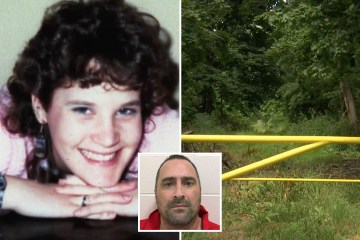 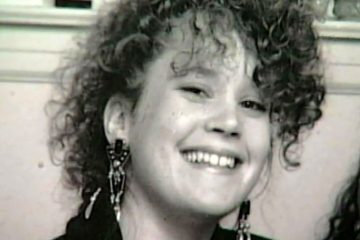 Inside the vehicle were the woman’s six-year-old daughter and 11-month-old son.

“I didn’t care what happened to the car. I just wanted my kids back,” said Maldonado.

The Hobbs Police Department was able to locate the car, realizing the suspect left the six-year-old at an intersection before attempting to evade cops.

Maldonado believes the suspect dumped her daughter out of the car because the girl had a phone and likely thought the police could have tracked them.

The mother said that her daughter, Ma’Rey, was shaken up after the ordeal but that some good samaritans took care of her and notified the cops.

The suspect was identified as Regina Castillo, 29, who abandoned the car and tried to run from police.

Castillo was found hiding behind a pickup truck and was arrested.

She is facing charges related to the carjacking, however, police discovered she had three active arrest warrants.

Her criminal history shows she has been charged with battery against a household member, two charges of resisting or obstructing an officer, shoplifting and forgery.

The children were treated by EMS and were eventually reunited with their mother.

Maldonado was treated for her broken foot and “a lot of road rash.”