Tennis has the smallest gender pay gap in sports, but women players still earn some 34.32 per cent less than their male counterparts, according to recent study by money.co.uk.

However, in 2019, Forbes published a list of the highest-paid athletes in the world, and Serena Williams was the only woman to make it into the top 100.

Some major players have been very vocal about the pay gap, including Serena herself and her sister Venus, who described the discrepancy as ‘a slap in the face’. 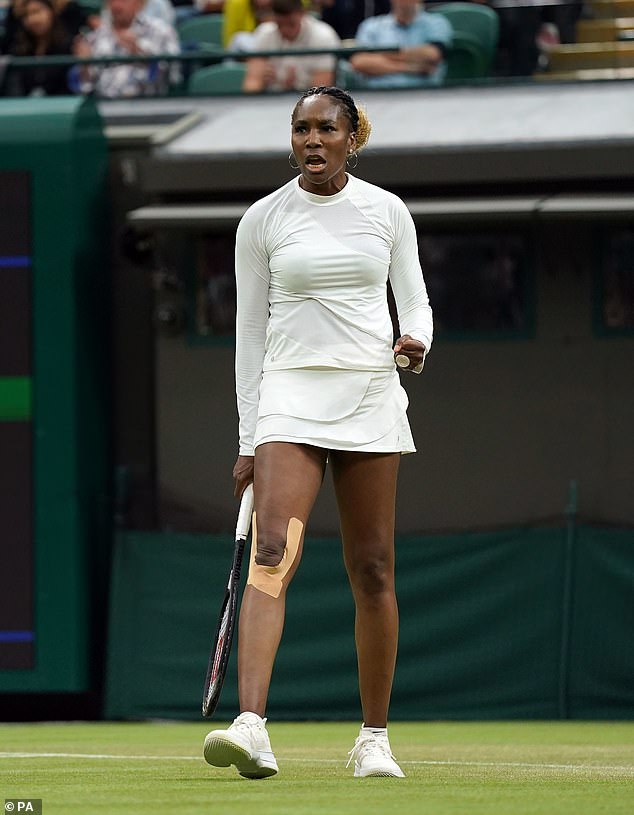 Tennis has the lowest gender pay gap in sports with women players earning 34.32% less than their male counterparts and Venus Williams has been a vocal advocate for equal pay branding it ‘a slap in the face’

American player Venus Williams has been a vocal advocate for equal pay in tennis.

In 2005,  she spoke to Grand Slam board members the day before the Women’s Singles final at Wimbledon, and told them to ‘think about their daughters and their wives and sisters’. She asked: ‘How would they like them to be treated?’

Two years later, Wimbledon was the last of the major four Grand Slam competitions to introduce equal pay. Fittingly, Williams was the first women to receive equal prize money the year it was introduced.

Speaking to Variety in early May, the player said it was a ‘slap in the face’ to learn female players where earning less than men when she was 16.

‘Getting there and realising, ‘wow, I’m not being paid equally,’ was just definitely a slap in the face to a 16-year-old. … It hit me hard,’ she said.

The player said there is still a lot to be done to achieve perfect pay equality in all sports.

‘We been fighting thousands of years of inequity, so we can’t think that [change] is going to happen overnight. We want it to, and we work at a pace so that it could be, theoretically, but it’s about changing minds, changing cultures, changing history, and it’s about not giving up,’ she said.

She added she feels it is easier to discuss the gender pay gap in the US, and that it is more difficult to have the conversations in other countries. 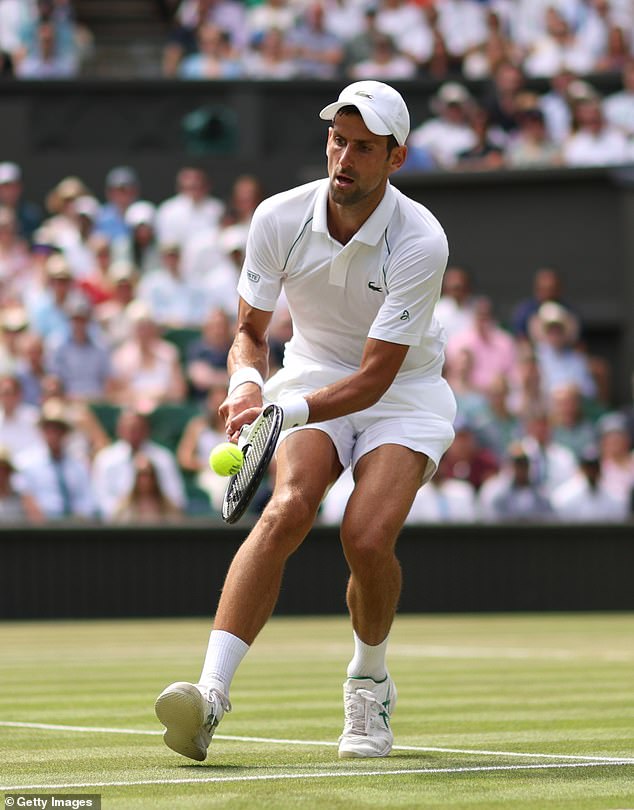 World No.3 Novak Djokovic has made some very confusing comments about the gender pay gap

Meanwhile Novak Djokovic, who has won some 20 slams throughout his career, has offered an opposing (and for some, controversial view point) when it comes to the gender pay gap in tennis.

The player has previously suggested that men could earn more as more people watch their matches.

He said: ‘I think that our men’s tennis world, ATP world, should fight for more because the stats are showing that we have much more spectators on the men’s tennis matches.

‘I think that’s one of the reasons why maybe we should get awarded more.’

However he later clarified his comments in a Facebook post, saying the statement did not properly articulate his views.

Djokovic said in his post that ‘all players should fight for what they deserve in terms of fairer distribution of funds, regardless of gender’. 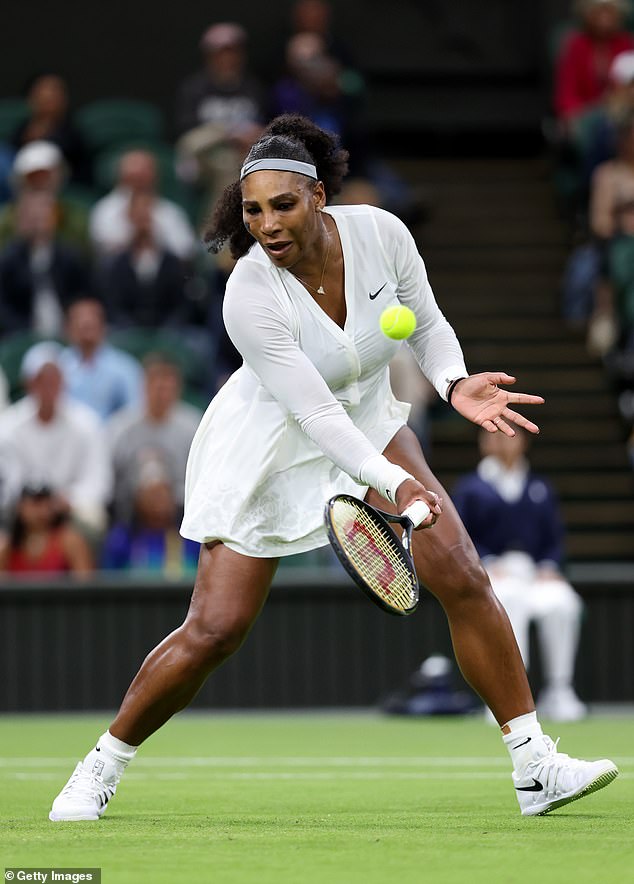 Serena Williams, who is often considered one of the greatest tennis players of all time, has said that if she had a daughter and son who both played the game, and both started playing at the age of three, they would both  ‘deserve the same amount of money’.

Speaking to the Mirror, she added that it would be ‘shocking to say [her] son would deserve more than [her] daughter’, saying it was ‘irrelevant’.

Referring to Djokovic’s comments, she said: ‘[Djokovic] is entitled to his opinion but if he has a daughter – I think he has a son right now – he should talk to her and tell her how his son deserves more money because he is a boy.

‘It all boils down to that. I would never put a sex against another sex. I think it’s unfair to compare, we have had so many great women champions and players who have brought such great vision to the sport. There have been great men players too, but women’s tennis is the biggest sport for women – period. 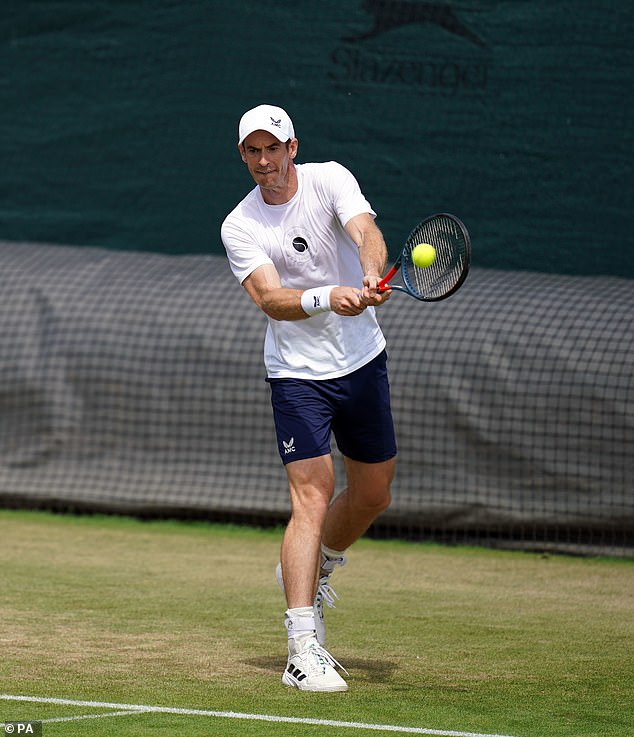 Amongst the male competitors, Andy Murray has also talked in favour of pay equality among players

Amongst the male competitors, Andy Murray has also talked in favour of pay equality among players.

The player spoke out when it was announced in February that the prize money for Women’s singles at the Dubai Championship would be £86,603, while the men’s money was five times more, at £435,379.

He said the difference in prize money was a big ‘step backwards,’  and ‘not great’

‘Obviously, if they’re the same size events one week apart, that’s quite a big discrepancy,’ he added.

While he was World No.2 in 2016, he said women should be paid the same amount as their male counterparts

‘The whole thing doesn’t stack up. It depends on the matches day by day. One of the things Novak said was that if women are selling more seats and tickets they should make more,’ he said, referring to his rival Novak Djokovic.

He said the crowds were coming to watch the women as much as they did the men, and it should be reflected on the prize money they competed to obtain.

Murray, who practiced against both boys and girls and played in mixed doubles at the start of his career, said women make the same sacrifice as men in tennis.

‘People often underestimate the amount of work that it takes to become a top tennis player. And that work ethic is the same whether you are a man or a woman,’ the wrote for the BBC in 2017.

Three biggest WhatsApp mistakes you're making – and how to stop them