The road ahead looks bumpy for the Apple Car.

A new report reveals that the effort, dubbed Project Titan and dating to 2014, has been plagued by a ‘revolving door of leaders,’ time wasted on sleek demos and a lack of commitment to mass production from CEO Tim Cook.

According to a report from The Information that’s based on conversations with 20 company employees, Apple’s Senior Vice President of Software Engineering Craig Federighi is ‘particularly skeptical’ of the project and has voiced his concerns to other senior executives at Apple.

Cook – who ‘rarely visits’ the project’s offices in Santa Clara, California – has also been ‘unwilling to commit to mass projection of a vehicle,’ the report says, which has frustrated other leaders at the firm.

Apple Car has been plagued by management turnover, ever-shifting goals and a lack of full commitment from the company’s top leaders, areport in The Information states. Pictured is a prototype of the vehicle based on actual Apple patents 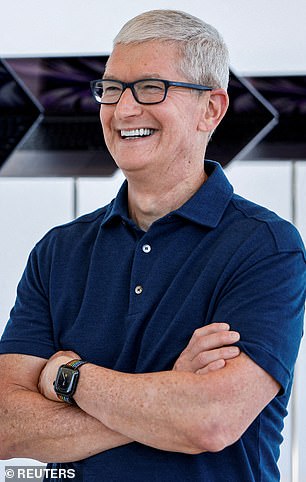 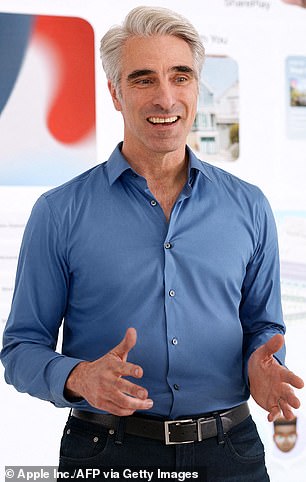 The Apple Car effort, dubbed Project Titan, has been beset by a range of issues, according to a new report in The Information based on interviews with 20 employees

Earlier this year, one of Apple’s test vehicles nearly struck a jogger while moving at about 15 miles per hour.

The Information reports that the car’s software at first identified the jogger as a ‘stationary object’ before recategorizing it as a ‘stationary person’ and then finally as a ‘moving pedestrian.’

However, even with that change, the car ‘only slightly adjusted its path.’ 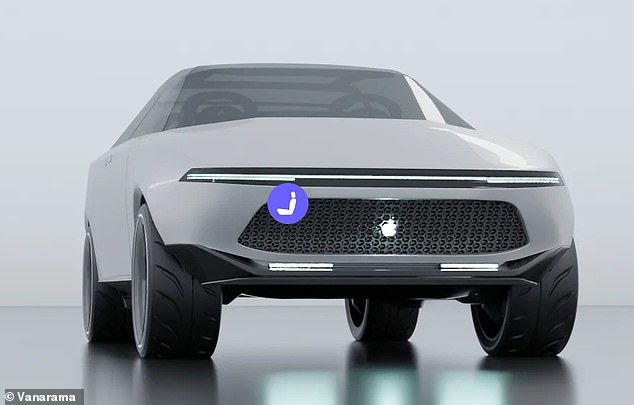 Earlier this year, one of Apple’s test vehicles nearly struck a jogger while moving at about 15 miles per hour. Pictured above is a prototype of the Apple Car

Luckily, the backup human driver ‘slammed the brakes at the last moment’ which caused the vehicle to stop ‘within a few feet’ of the jogger.

If the human had not intervened, Apple’s tests indicated that the car ‘would have almost certainly hit the jogger.’

After the incident, Apple reportedly temporarily grounded its fleet of test vehicles to probe what happened and did add the crosswalk to its maps database.

The car’s current looks features ‘four seats that face inward so passengers can talk to one another and a curved ceiling similar to the roof of a Volkswagen Beetle,’ the report claims. Pictured above is a prototype of the car’s interior based on Apple patents

The report of problems comes at a time when a survey in Consumer Reports reveals that 28 percent of Americans ‘would not consider’ buying an electric vehicle at all – whether its from Apple, Tesla and or one of the big automakers.

Consumer Reports states that the most common concerns cited among that segment were charging, range of travel and cost.

Apple’s former chief design officer Jony Ive, who played a vital role in designing most of the company’s most popular products, is reportedly consulting with the tech giant and has told the Apple Car team to ‘lean into the weirdness’ of its design and ‘not try to hide the sensors.’

The car’s current look features ‘four seats that face inward so passengers can talk to one another and a curved ceiling similar to the roof of a Volkswagen Beetle,’ reports The Information.

Apple Car designers are apparently experimenting with a trunk compartment that automatically rises and lowers to give owners ‘easier access to the storage space.’

They’ve also considered a design that would allow passengers to ‘lie flat and sleep in the vehicle,’ the tech news site states.

The Apple Car team crafted several sleek demo videos for Cook and other high-level leaders – including a 40-mile trek through Montana filmed by drones – to demonstrate the project’s progress.

However, the example also showed how engineers are ‘wasting valuable time choreographing demonstrations’ along known routes, proving the technology works in specific places but virtually nowhere else.

‘If you spend enough money, you can get almost any fixed route to work,’ former Uber self-driving vehicle engineer Arun Venkatadri explained to The Information. ‘But what’s not shown is whether you can build your self-driving software in a scalable way and whether you can operate in a reasonably broad area.’

The Cupertino, California based company is reportedly still targeting 2025 for a potential launch of its self-driving vehicle.

IS APPLE DEVELOPING ITS OWN SELF-DRIVING CAR? 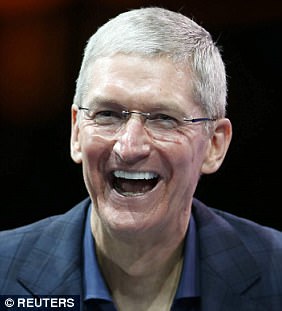 Chief Executive Tim Cook has suggested that Apple wants to move beyond integration of Apple smartphones into vehicle infotainment systems.

Apple officially secured a permit to test autonomous vehicles in California on April 14, 2018.

Rumours have been sweeping the web since the year prior that Apple was toying with the idea of developing its own self-driving car.

But Apple executives have been coy about their interest in the vehicles.

Chief Executive Tim Cook has suggested that Apple wants to move beyond integration of Apple smartphones into vehicle infotainment systems.

He has called autonomous vehicles the ‘mother of all’ artificial intelligence projects.

It expanded its self-driving test fleet from 27 vehicles to more than 50 cars and is testing some of them in California.

There has been no public announcement as to if the company will be creating their own vehicles, but Cook did say in 2017 that Apple will be focusing on software for pre-existing vehicles.

One of Apple’s self-driving test cars, called ‘The Thing,’ has six LIDAR — or light detection and ranging — sensors situated on top to help the car ‘see’ its surroundings.

A wider roll-out has yet to be announced.

Apple has established a partnership with Volkswagen to develop self driving vans to shuttle Apple employees around its campus. 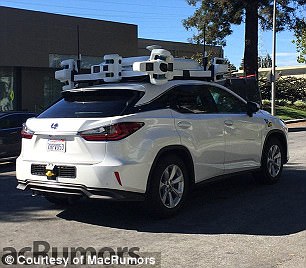 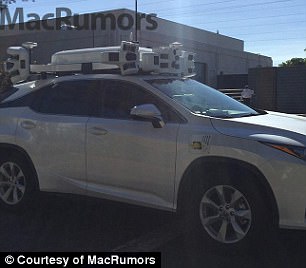 In self-driving cars, LIDAR sensors constantly scan the surrounding areas looking for information and acting as the ‘eyes’ of the car