Fans at Euro 2022 are questioning why there are so many empty seats in stadiums, when UEFA insists more than 500,000 tickets have been sold for the tournament and the ticketing portal shows limited availability at most games.

Some of the women’s Euro matches are enjoying record-breaking crowds, beginning with England’s opening fixture against Austria at Old Trafford with an attendance of 68,871, but there is also surprise at the swathes of unoccupied seats at other fixtures.

It has led fans to ask what has happened to the ‘missing’ spectators and reopen the debate over the selection of stadiums.

Prior to the tournament, UEFA estimated around 500,000 of the 700,000 tickets had been sold and online stadium maps have shown large areas within venues unavailable, leaving supporters to conclude those seats have been snapped up.

Sportsmail understands that UEFA is convinced the ticket sales figures are correct, but not all available seats are shown on the ticketing portal. 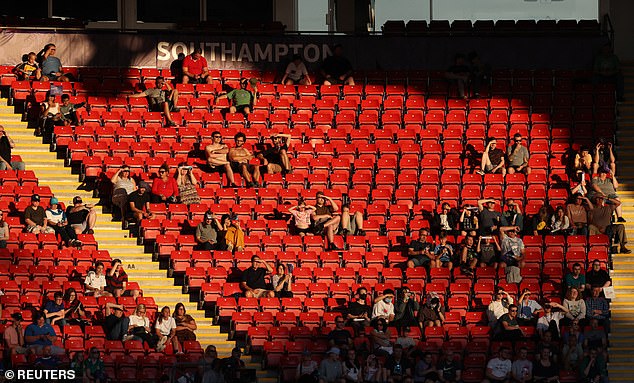 Fans at Euro 2022 have been surprised by the number of empty seats at some matches. Pictured: Empty seats at St Mary’s Stadium for Group A match,  Norway v Northern Ireland

Atmosphere is great, with Northern Ireland fans making noise, but this is the stadium vs stadium map.

Interested to see what happens with other games that – online at least – show only a handful of tickets available pic.twitter.com/LkrEX85mVk

The European football governing body seeks to sell sections of stadiums before opening up other areas of the ground for sale, which has given the impression some matches have been almost sold out when they have not.

In addition, officials accept not all ticket holders turn up, a problem that could be exacerbated because the cheapest tickets at Euro 2022 are available for under £10, making a ‘no show’ less costly than most international matches. In England’s opener, it is estimated around 1,000 supporters did not take their seats for the showpiece.

Even so, at some games sections of the stadium have remained almost empty and fans have taken to social media to ask, what is going on?

Concern has been raised that if seats are shown as unavailable when in fact, they are available, supporters may be missing out or will be inconvenienced. 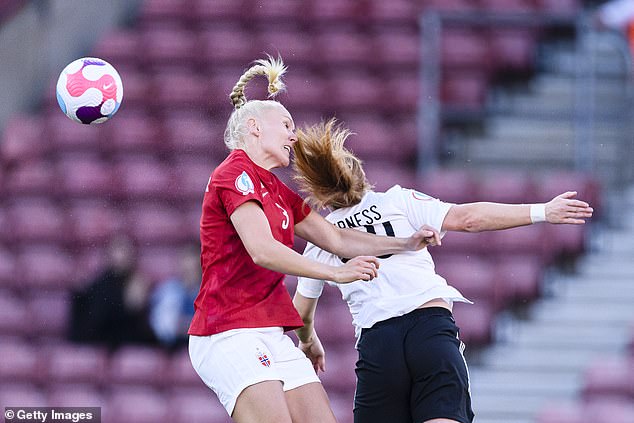 UEFA believes that some fans have not shown up but the governing body also says it does not necessarily advertise all tickets for sale, preferring to sell sections of the stadiums

I really hope it is not a repeat (or a rehash) of the FIFA cock-up during the World Cup in France; the wish to talk about seats sold > actually properly listing the tickets?

One fan bought late tickets for Spain versus Finland at Stadium MK on Friday, but due to apparent high demand his group was not able to sit together. In the event, the attendance of 16,819 was impressive, but the ground was only just over half full.

‘Just bought some for MK Dons… showed about 90% full, and automatically split 5 of us up into a 2 and a 3,’ said the supporter.

‘I really hope it is not a repeat (or a rehash) of the FIFA cock-up during the World Cup in France; the wish to talk about seats sold > actually properly listing the tickets?’ said Chris Shoop-Worrall, a media lecturer at the University of Sheffield, writing on the social media platform.

The lack of people in some areas of the grounds has also reopened the debate about stadium selection.

‘Looks like #Euro2022 matches are being massively undersold,’ said Chris Jones on Twitter. ‘Swathes of empty seats are such a bad look.’

‘Every match that I’ve watched so far at the Women’s Euros has genuinely been pretty entertaining,’ said another fan, who used the handle @KAY32SO. ‘However, playing at large, half-filled stadiums was definitely a bad business decision. Better to have smaller, sold out stadiums than large ones with empty seats. 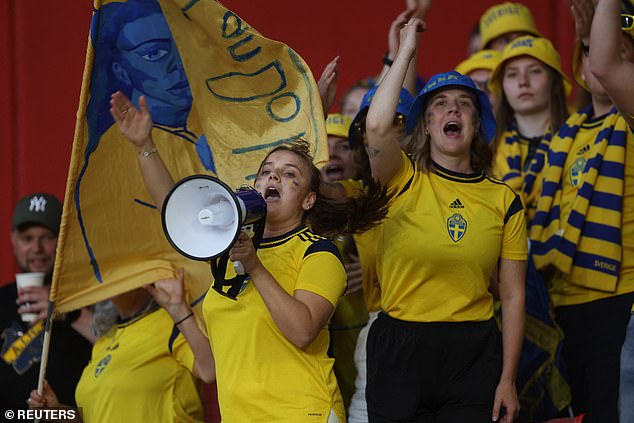 Sweden fans made themselves heard at Bramall Lane, but the attendance was less than some supporters expected, having experienced very limited availability on the UEFA website

Becoming a broken record now, but we’re going to get a whole empty tier here, despite there being few tickets available online in the last week or so. Why not just make them all available at the lowest category price? pic.twitter.com/L111VzTZRV

Current stadium map of Bramall Lane on UEFA’s ticket website – greyed out areas unable to select. This is become a huge issue. pic.twitter.com/VvKCz8WHHE

Sad seeing lots of empty seats at the New York stadium in Rotherham tonight for France v Italy. This match should be a sell out #EURO2022

Prior to the competition, there were complaints about the size of some venues, with the Manchester City Academy Stadium being highlighted because it has a reduced capacity of only 4,400.

It has been chosen as a venue for Iceland’s matches with Belgium and Italy, which led Icelandic midfielder Sara Bjork Gunnarsdottir to claim in April the decision was ‘disrespecting women’s football’.

When Iceland drew with Belgium 1-1 at the Academy Stadium on Sunday, the attendance was given as 3,859, which included an estimated 2,000 Icelandic fans, but it was still below capacity.

The i newspaper has highlighted a number of matches where the actual attendance has fallen well short of the ticket availability indicated on UEFA ticketing portal.

One of them was the second game of the tournament, when Norway played Northern Ireland at the St Mary’s Stadium in Southampton.

The UEFA portal prior to the game, which Norway won 4-1, suggested the majority of the 32,000-capacity stadium was unavailable, but in fact the attendance was just 9,146 with large sections completely devoid of spectators. 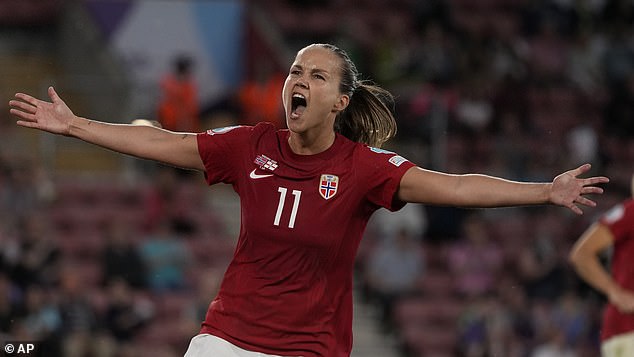 Norway’s Guro Reiten celebrates after scoring her side’s fourth goal on a free kick during the Women Euro 2022 soccer match between Norway and Northern Ireland, 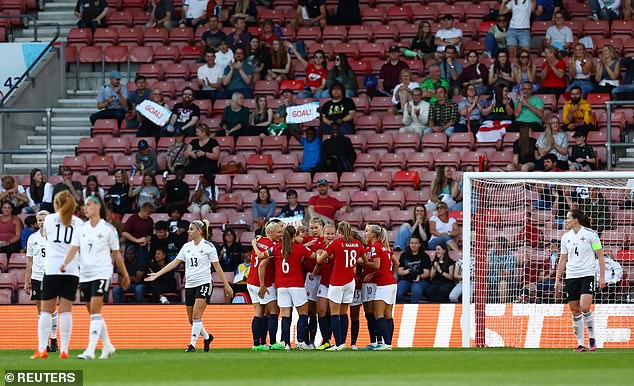 The match was watched by 9,146 fans in a 32,000-capacity stadium, with large sections completely devoid of spectators – even though the UEFA portal showed limited availability

Every match that I’ve watched so far at the Women’s Euros has genuinely been pretty entertaining.
However, playing at large, half filled stadiums was definitely a bad business decision. Better to have smaller, sold out stadiums than large ones with empty seats. #Euro2022

Fans took to social media again last night to point out the empty seats at the New York Stadium in Rotherham, where France demolished Italy 5-1 in front of 8,541 spectators.

‘Sad seeing lots of empty seats at the New York stadium in Rotherham tonight for France v Italy,’ one fan, who uses the handle Social MediaJon1, wrote on Twitter. ‘This match should be a sell out.’

The stadium holds more than 12,000 spectators.

At Bramall Lane, in Sheffield, on Saturday, the Netherlands took on Sweden. Again, the UEFA website left the impression of a virtual sell out of another 32,000-capacity stadium, with only a small cluster of seats appearing to be on sale in one corner of the venue, but the actual attendance was logged at 21,342. 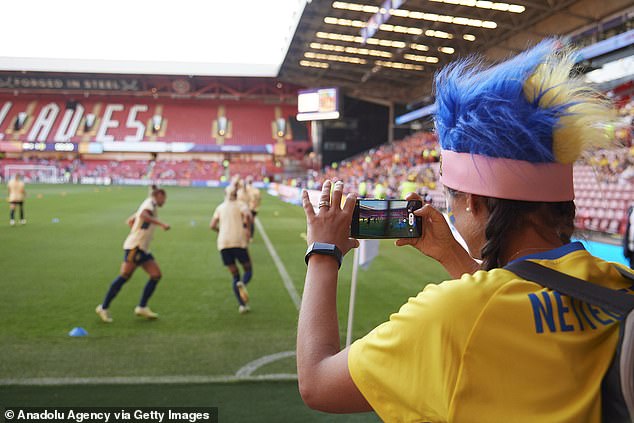 The crowd figure was still impressive, however, since it was another record, being the most fans ever at a game at the women’s Euros not involving the host nation, other than a final.

UEFA point out that the tournament is still expected to outstrip anything that has gone before.

It should more than double the 247,041 attendance at the previous Women’s Euros in the Netherlands in 2017.

More than 150,000 fans have attended the first eight group matches in England. In the Netherlands, the average attendance, prior to the final, was just over 7,000. So far, 18,777 have showed up to each game on average. 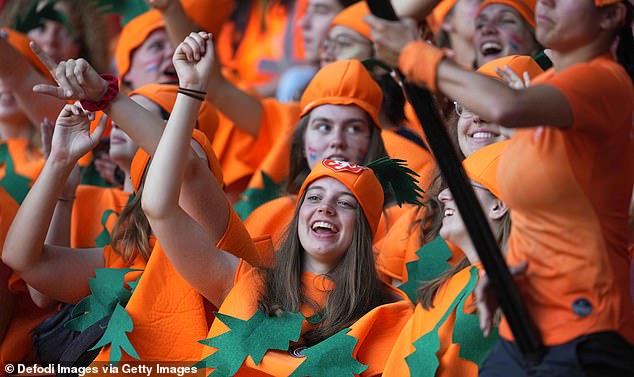 However, the game still attracted a record 21,342 supporters, being the most fans ever at a game at the women’s Euros not involving the host nation, other than a final.