Anaesthetist ‘who raped a pregnant woman while she was drugged and undergoing a caesarean in Brazil carried out identical attacks on two other mothers the same day’, police fear

An anaesthetist who allegedly raped a pregnant woman during a C-section may have carried out attacks on two more mothers on the same day.

Giovanni Quintella Bezerra, 32, was arrested on suspicion of rape after he was allegedly secretly filmed orally raping a woman after he heavily sedated her at the Hospital da Mulher in São João de Meriti, Rio de Janeiro.

The woman’s husband was told to leave the room without being able to see his newborn baby, and only found out about what had happened to his wife when he recognised the doctor on television after his arrest.

‘I’ve never seen anything like it,’ said delegate Barbara Lomba, who is in charge of investigating the case.

The woman told family she thought she was having an hallucination at the time of the attack.

Mr Bezerra only completed his medical training in anaesthesia two months ago.

Hospital staff were reportedly worried about the amount of drugs he was giving to his patients so fitted a secret camera to see what he was up to. 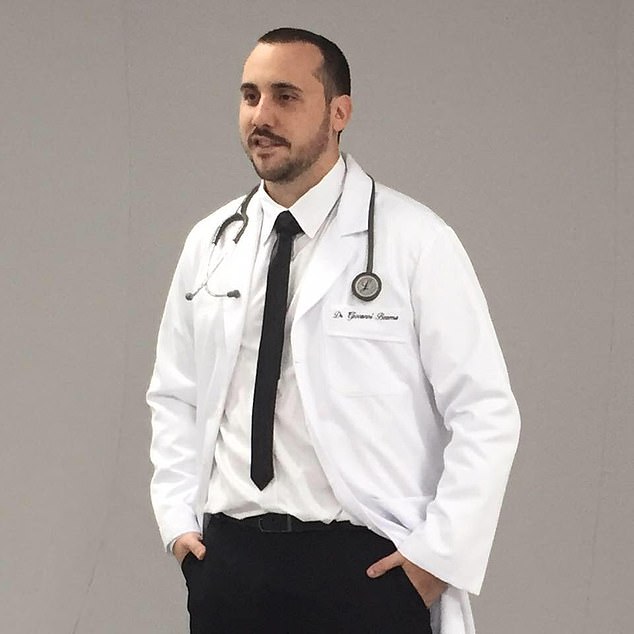 Giovanni Quintella Bezerra, 32, (pictured) was arrested on suspicion of rape after he was secretly filmed raping a patient

They were horrified to see him sexually assaulting the woman as other doctors performed the C-section on her less than a yard away behind a surgical curtain.

He reportedly assaulted her for almost ten minutes.

But staff members who recorded the rape said the doctor had already carried out two similar procedures that day, with police investigating whether those two women were also victims of attack.

In the second operation on Sunday, employees said Giovanni ‘wore an open cloak on himself, widening his silhouette, and positioned himself in a way that also prevented anyone from seeing the patient from the neck up.’

‘The only thing I remember from the surgery is his voice. He kept talking softly in my ear, it bothered me,’ said one of the patients. ‘He asked if I was okay.’

Two other people who said they were also Bezerra’s patients have arrived at the police station in Brazil since the accusations came to light.

‘Giovanni, still positioned towards the patient’s neck and head, started, with his left arm bent, slow movements back and forth ,’ said the witness, according to G1 Rio de Janeiro.

‘From the movement and the curvature of the arm, it looked like he was holding the patient’s head towards his pelvic region.’

Staff members became suspicious as the doctor would use so much anaesthetic that the mothers would be unable to hold their babies after delivering. 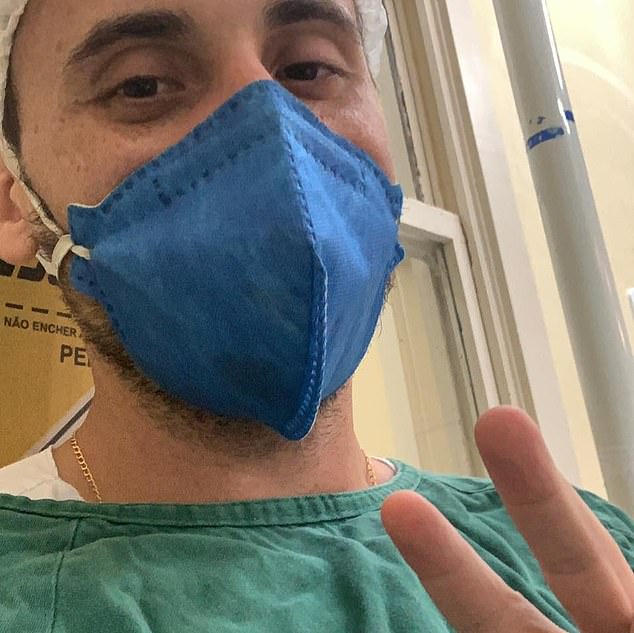 The Health Foundation of the State of Rio de Janeiro and the Secretary of State for Health said: ‘We inform you that an internal investigation will be opened to take administrative measures.

‘The Hospital da Mulher team is providing full support to the victim and her family.

‘This behaviour constitutes a crime, which must be punished in accordance with the legislation in force.’

The custody hearing of the doctor was held on Tuesday. He was earlier transferred  to the prison of Benfica.

He is facing charges of rape with a prison sentence ranging from 8 to 15 years in Brazil.

Mother is arrested for selling her five-day-old boy for £2,900 'to pay for a nose job' in Russia