A British tourist has described the terrifying moment he was caught in a Kyrgyzstan avalanche, saying only 20 metres stood between him and death, during an interview with This Morning.

Harry Shimmin, from the Isle of Mann, was part of a group of 10 tourists doing a guided tour of the Tian Shan mountains in Kyrgyzstan when a glacier crashed down the side of a cliff last week.

The whole group survived, although one woman suffered a very deep cut on her knee.

Harry filmed as the avalanche of ice hurtled towards him before finally engulfing him, in a video that has since gone viral.

During his interview today, Harry, who has said he thought he may die during the incident, opened up what he was thinking as he filmed the avalanche, revealing that he had ‘no profound’ last thoughts. 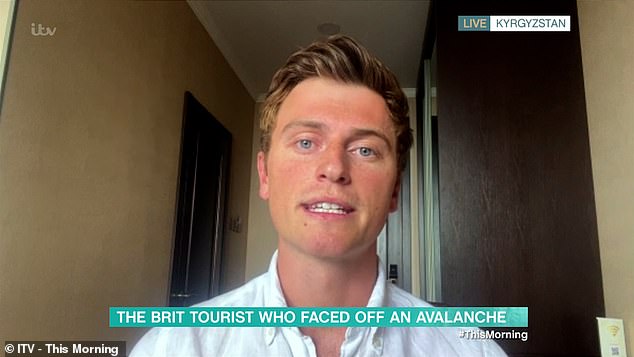 Harry Shimmin, from the Isle of Mann, appeared on This Morning today to discuss the viral video he shot of an avalanche in Kyrgyzstan 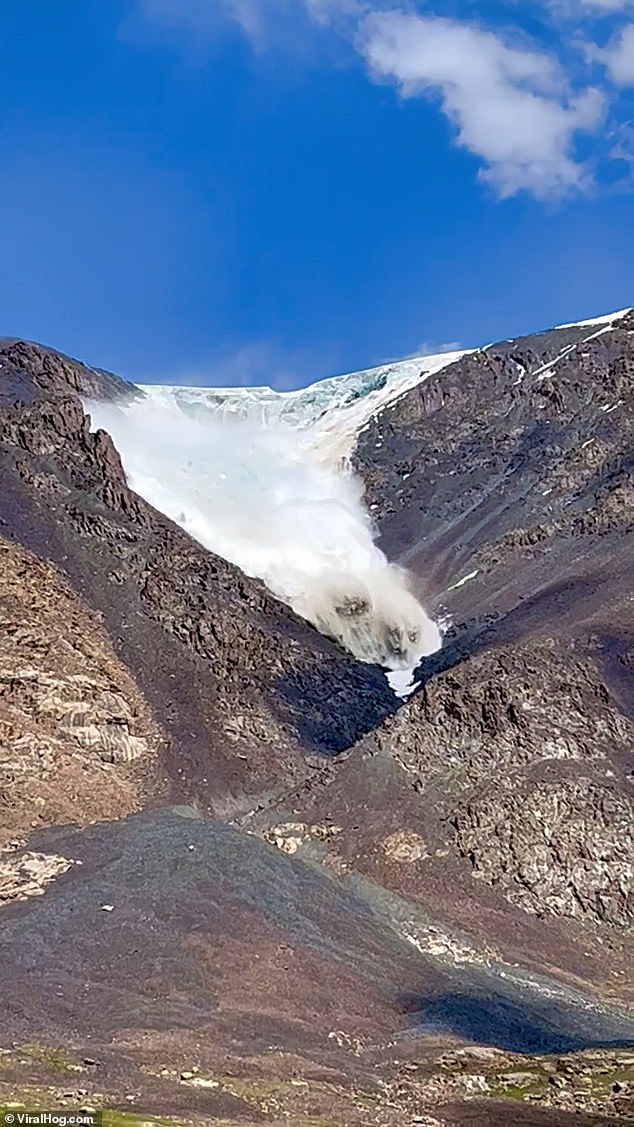 Avalanche: Harry was part of a group of 10 tourists doing a guided tour of the Tian Shan mountains in Kyrgyzstan when a glacier crashed down the side of a cliff last week.

Describing the events that led up to the events seen on the video, Harry said that during the day’s hike, he had separated from the rest of the group, moving ahead to take photographs.

When he heard ice cracking, he realised what was about to happen, and started filming the avalanche – a decision which led to some criticism.

‘Some of the comments online have been saying “Why is he just standing there, why isn’t he running for his life, why is he just filming?”,’ he explained.

‘They’re completely justified, however, what the video doesn’t show is the sheer drop that’s right behind me and the only direction I can run is straight towards the avalanche.’

Harry added that there was a small area of shelter nearby, and given the choice between staying by the shelter and running towards the avalanche, he decided to stay.

This Morning co-host Dermot O’Leary asked Harry: ‘The difference between you dying and living here is effectively the amount of snow that covers you, correct?’

He replied: ‘I think the difference between life and death at that point was a stretch of about 20 metres.

‘So if I was on the other side of the hill [with the rest of the group] then I would probably have a bit more than 20 metres, maybe about 50 metres or so.

The last words Harry says on the video before the avalanche hit him were: ‘Oh God. Oh dear God’. 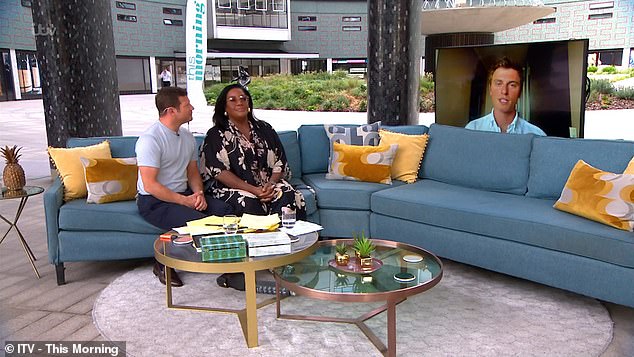 Speaking about how he felt in that moment, Harry revealed that until that point, he had thought the avalanche wouldn’t reach him, but he then realised he had to try to get into the nearby shelter.

‘I wouldn’t say there were any kind of profound last thoughts… disappointingly…it’s almost quite sad I suppose, but my last thought was, “I’m going to take a big risk here, and take a decent video,”.’

Posting the video on Instagram three days ago, he wrote: ‘I’m very aware that I took a big risk.

‘I felt in control, but regardless, when the snow started coming over and it got dark, harder to breath, I was bricking it and thought I might die.’

He added: ‘The whole group was laughing and crying, happy to be alive (including the girl who cut her knee). It was only later we realised just how lucky we’d been. If we had walked five minutes further on our trek, we would all be dead.’