A new Covid sub-variant nicknamed Centaurus has made its way to Australia after ripping through India as health experts fear a similar situation could be on the way for us.

Officially named BA.2.75, the sub-variant is being monitored by the World Health Organisation with experts warning it could be more transmissible than Omicron.

Centaurus is a mutation of Omicron BA.2, which was the variant that led to a huge number of cases in Australia over the summer.

The WHO has not yet named Centaurus a variant of concern, but virologists fear it could fuel a new wave of cases around the world.

They say the sub-variant is able to evade vaccine protection, with sequencing showing it has already spread to Australia, New Zealand, the UK, Israel, India and the US.

‘Centaurus’ was first found in India, causing a surge in cases before spreading across the world. 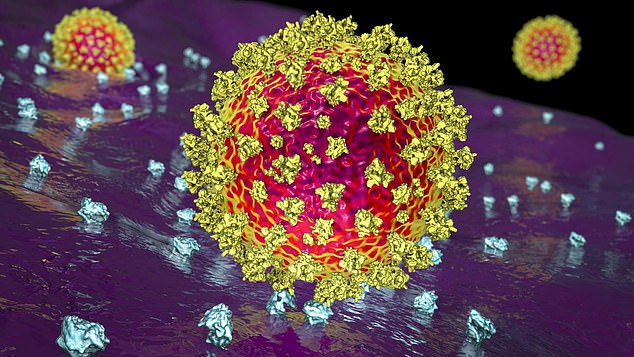 Centaurus is a mutation of Omicron BA.2, which was the variation that led to a huge number of cases in Australia over the summer

‘None of these individually really flag as that worrying but all appearing together at once is another matter.’

‘The number of eight additional mutations in BA.2.75 is remarkable,’ he tweeted.

‘Delta had eight in spike in total. Three mutations can make a huge difference (BA.5). Thus the 11 mutations distinct between BA.5 and BA.2.75 could allow for yet another wave as BA.5 immunity might not protect.’

Epidemiologist and Professor Catherine Bennett told Daily Mail Australia it was ‘too early to tell’ how dangerous Centauras could be – but warned more sub-variants being present would weaken immunity in the community.

‘It’s too early to really tell. At the moment, there are low levels but a trend we saw in Australia was low levels of BA.4 and BA.5 and then they exploded,’ she said.

‘The more sub-variants we have, the greater the risk of re-infection. Everyone is game. If you recover from one variant but then come across a different one you could get it again.

‘Each sub variant is a bit different and each one that comes along weakens our immunity.

‘With this sub-variant, it’s difficult to tell how bad it could be. We don’t know enough about it yet, we need to see how it will compete with other variants.’

WHO chief scientist Dr Soumya Swaminathan also urged for more research so the severity of the virus could be fully understood.

‘It’s still too early to know if the sub-variant has properties of additional immune invasion or indeed of being more clinically severe,’ she said. 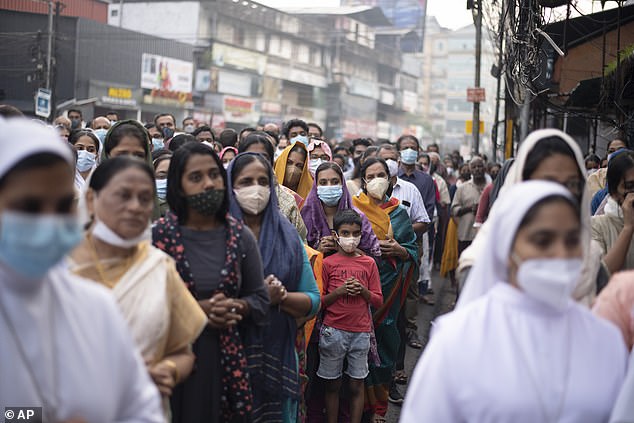 The new sub-variant is widespread in India and it has already spread to Australia, New Zealand, the UK, Israel, India and the US (pictured, people masking up in India to try and escape Covid)

Meanwhile, NSW chief health officer Kerry Chant warned of a ‘third Covid-19 Omicron wave’ and predicted a ‘significant rise in cases’ – with the peak hitting in July or early August.

‘I’m concerned about this picture and I am calling on the community to do a few things to protect yourself and each other,’ she said.

‘Isolate if you’re sick and get tested, wear a mask when indoors and around other people and know if antivirals are recommended from you.’

Federal Health Minister Mark Butler also said that Covid-19 cases are not likely to peak nationally for at least four weeks during this third wave of infections.

‘All of the modelling indicates that case numbers and hospitalisations have further to go over probably the next four to six weeks,’ he told Melbourne radio 3AW on Tuesday.

‘We’ve seen some data out this morning that suggests that COVID is the largest killer of Australians this year, taking over from coronary disease.’

Meanwhile, Covid-19 reinfections are becoming more common across the country as new sub-variants of the virus circulate.

University of Queensland Associate Professor Paul Griffin said people should not become complacent about the virus, warning those who had been recently infected could be reinfected in a matter of weeks. 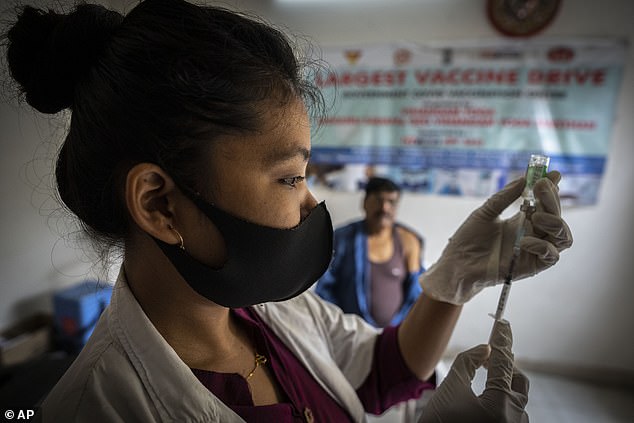 The WHO have not yet named Centaurus a variant of concern, but virologists fear it could fuel a new wave of cases around the world

‘We are seeing reinfections being more common and in short intervals, and that is why we recommend the reinfection period be reduced to four weeks,’ he told the Seven Network on Tuesday.

‘If you get symptoms again, you need to assume it could be a new infection.’

The Australian Health Protection Principal Committee has recommended the reinfection period be reduced from its current 12 weeks to 28 days, following the rise of cases of the BA.4 and BA.5 Omicron variant.

This means people will be required to get tested and isolate if they re-develop symptoms 28 days after recovering from the virus, and could be reported and managed as new cases.

Prof Griffin said the rise in new COVID-19 infections alongside an increase in influenza cases was also concerning.

‘This is translating into significant numbers in hospitals, with predictions … we may exceed the hospitalisations we saw in the first big wave in January,’ he said.

‘We cannot assume people are protected just because they’ve had COVID, you need to be up to date with your vaccines and linking with therapies if you are eligible.’

This week, more people became eligible for a fourth vaccine dose – or a second booster shot – as well as antiviral treatments to help offset symptoms.

Australians over 70 who test positive for the virus were from Monday offered access to antivirals on the Pharmaceutical Benefits Scheme.

Anyone 18 or over and immunocompromised may also be eligible.

Normally costing more than $1000, the two antiviral treatments are now available for $6.80 for concession card holders and about $40 for everyone else.

Who is Kathryn Dennis from Southern Charm and who is she dating?