The father of an emerging jockey has revealed the incredible first words out of his daughter’s mouth after she emerged from a coma.

Queensland-based apprentice Leah Kilner, 24, urged her old man, prominent trainer Greg Kilner, to ‘not give away the horses’ when she regained consciousness.

Ms Kilner was critically injured after her horse Stella’s Turn collapsed mid-race at Grafton, in northern NSW, on July 3.

She suffered a broken collarbone, ribs and leg injuries and was placed in an induced coma for almost a week following the horrific incident.

Mr Kilner labelled his daughter’s recovery ‘nothing short of a miracle’ as he reflected on her dire state following the fall.

‘If you had seen her in the first couple of days, it was just heartbreaking,’ he told the Courier Mail. ‘Now she is recognising everyone and knows what’s going on. She is aware of everything. It is amazing.’

Despite a recent fall where she was critically injured, Queensland-based apprentice jockey Leah Kilner, 24, urged her father, prominent trainer Greg Kilner, to ‘not give away the horses’ 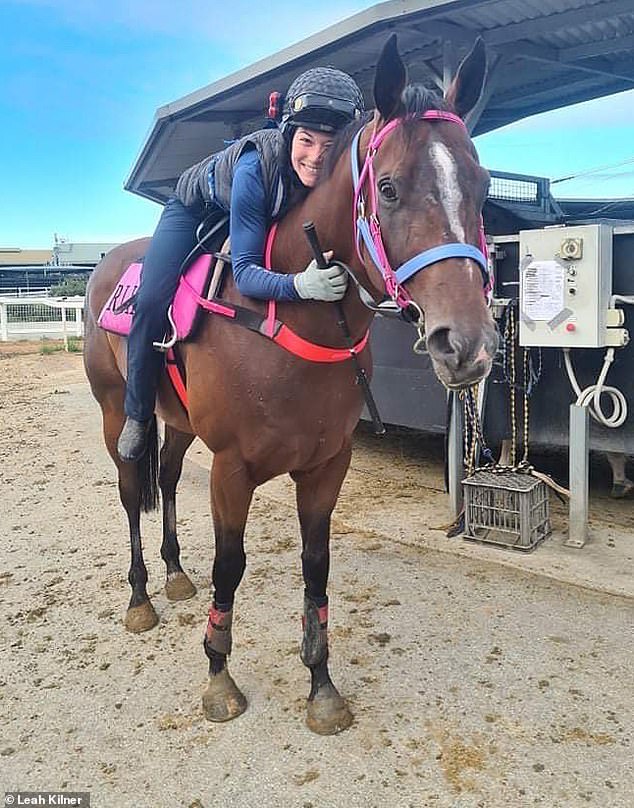 Ms Kilner was critically injured after her horse Stella’s Turn collapsed mid-race at Grafton, in northern NSW, on July 3

Earlier this week, Ms Kilner was moved to the high dependency unit at the Princess Alexandra Hospital in Brisbane – and is breathing without assistance.

‘The really good news is she’s now breathing unaided — the (breathing) tube was removed,’ Rob Heathcote, who manages the stable Kilner rides for, told the ABC.

‘Leah has an enormous battle ahead of her, but the signs from the [medical team] are really, really encouraging,’ he said.

‘We hope and pray that not only she comes out of this battle she’s currently in, but she could return to the saddle.

Ms Kilner (far right) fell from Stella’s Turn during a race at Grafton, in northern NSW, on July 3

‘I know the fighter that she is, she’s going to do everything that she can to get back.’

Ms Kilner, who has ridden 204 winners in her career to date, will more than likely look to resume her career as a hoop if given the all clear by doctors.

She is likely to spend the next couple of months in hospital and her father conceded he may encourage his daughter to pursue other life opportunities.

On Sunday, Racing NSW also updated the public on the condition of fellow apprentice jockey Elissa Meredith following her own fall when riding at Gunnedah recently.

‘Elissa is starting to wake from her coma and has recognised family members,’ they said in a short statement. 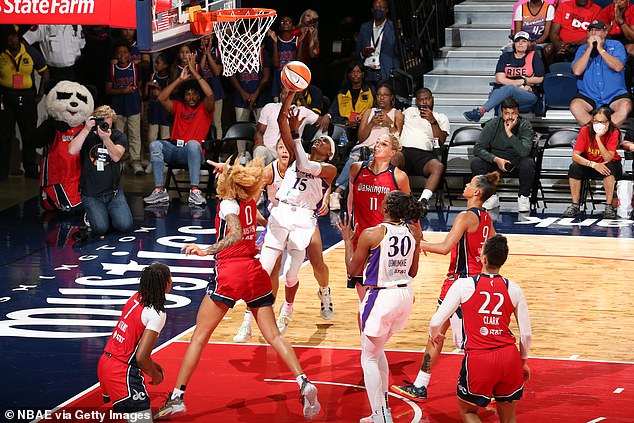 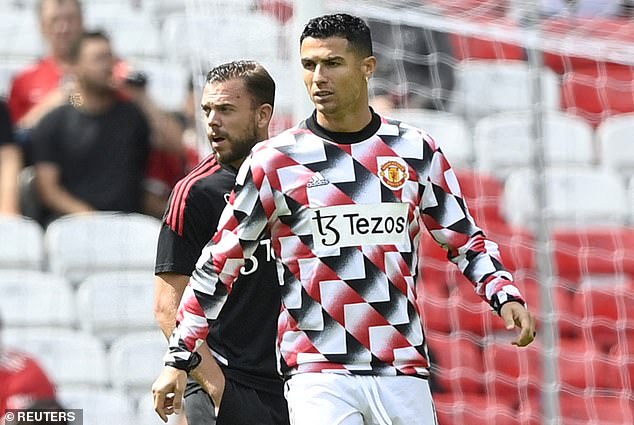