BBC One will welcome another round of celebrity chefs on Celebrity MasterChef 2022.

Judges John Torode and Gregg Wallace will return for another heated competition. Here’s a look at the line-up so far.

Who is in the line-up for Celebrity MasterChef 2022?

Radio presenter Lisa Snowden is due to take part in the Celebrity MasterChef competition this year.

She was the host of the Living TV reality television show Britain’s Next Top Model between 2006 and 2009.

Ryan Thomas who is best known for his appearances in Coronation Street. 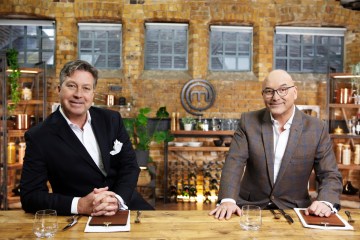 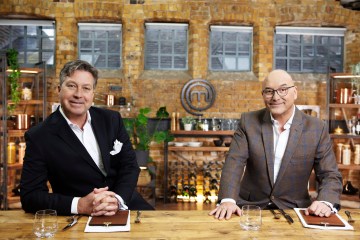 He has been keeping busy and spending time with his son and partner Lucy, who is expecting their second baby.

The soap star will appear on the celebrity edition of the competition this year.

Comedian Paul Elliot is best known for his duo act with his late brother Barry.

He was one of two of the Chuckle Brothers who were popular in the late 90s and early 2000s.

He has been added to the celebrity line-up and hopes to impress the judges with his culinary skills.

Drag star Kitty Scott-Claus will also attempt to impress the judges with her cooking skills.

She is best known for appearing on season three of Ru Paul’s Drag Race.

With Kitty being a runner-up in the drag race competition, it’s possible she could have the same luck on MasterChef.

The Russian dance queen is set to take on a challenge in the cooking competition.

She rose to fame during his time in the villa on ITV’s Love Island.

The reality star has been enjoying her time outside with boyfriend Teddy Soares.

Ex-footballer Jimmy Bullard is set to return to screens after finishing 10th on I’m A Celebrity back in 2014.

Paralympian Kadeena will be swapping sport for cooking as she takes on the other celebs.

Actor, presenter and campaigner Adam Pearson is sharpening his knives for the kitchen.

The star tweeted to confirm he was part of the official line-up.

Chris Eubank is best known for his successful boxing career.

However, he will now be giving cooking a go instead.

The American actor will be coming to the UK to take part in the competition.

He tends to split his time between London and Baltimore.

Call The Midwife star Cliff has been confirmed for the Masterchef line-up.

He became a household name after appearing in EastEnders before going on to leave in 2010.

McFly star Danny will be taking time away from music to work on his cooking skills.

He will be joining a whole host of other celebs.

Gareth confirmed his appearance on the programme through his Twitter page.

He is best known for being a choirmaster and broadcaster.

Kae Kurd is a British-Kurdish stand up comedian and writer.

Confirming his appearance he tweeted: “So yeah cats out the bag. I’m on #CelebrityMasterchef coming to bbc one and BBC iPlayer soon.”

Since June 2021, Gallacher has co-presented The Great British Breakfast on GB News.

Lesley Joseph has been a household name since the eighties.

But she’s now leaving acting behind to compete against other celebs to be crowned the Celebrity Masterchef winner.

Mel rose to fame in 1997 as a member of the girl group All Saints.

She is preparing to take on her celebrity competition to test her cooking skills.

But she has since gone on to appear on Strictly Come Dancing and Celebrity Big Brother.

Mojo has found fame as a TV star, appearing on Peckham’s Finest and Celebrity Karaoke Club.

Richard is currently starring in Hollyoaks as Felix.

He became a household name after playing Vincent Hubbard on BBC soap EastEnders but also being a TV presenter in the eighties and nineties.

He enjoyed a 15 year long professional football career before being blighted by injury.

Jimmy has also hosted Soccer AM for five years.