The unbelievable moment man booty calls two girls at the same time in a ‘drunken’ GROUP text: ‘Who said chivalry was dead?’

This is the unbelievable moment a man drunkenly made a group text with two women he hoped to meet up with – before they called him out for ‘booty calling them both’.

Emma, from New York, shared a text she’d been sent from a man called Tyler, who propositioned her saying he needed someone to ‘snuggle with’.

But Tyler hadn’t just sent the message to her – but also to a woman called Hannah, who he’d met the night before. 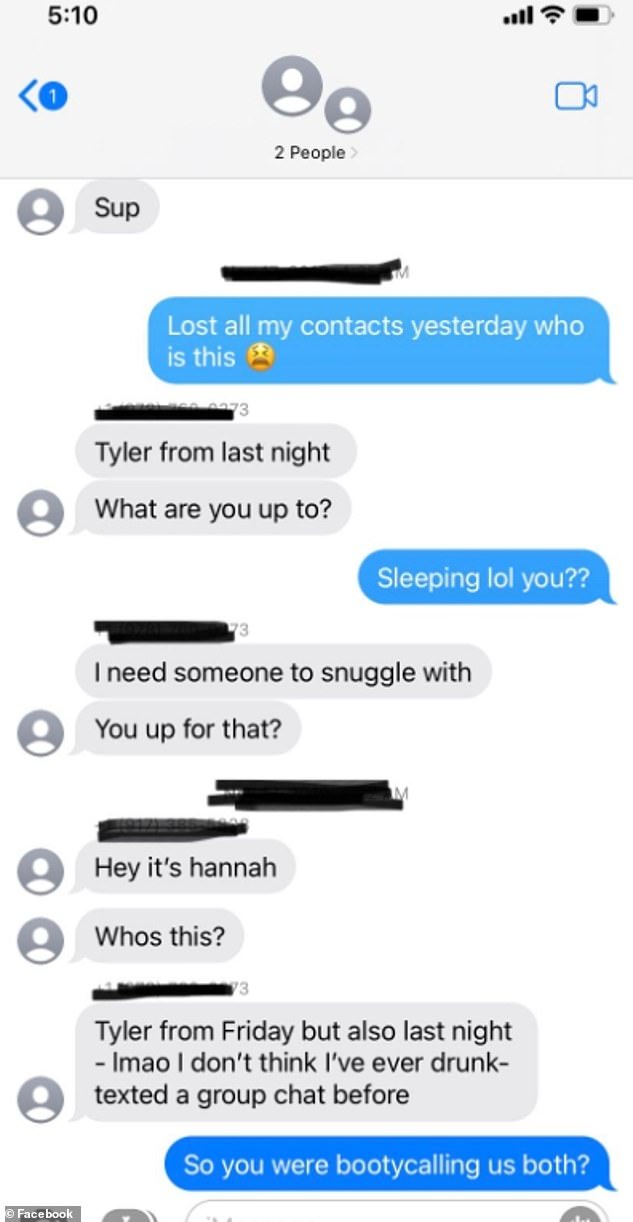 Emma, from New York shared a text she’d been sent from a man called Tyler, who propositioned her saying he needed someone to ‘snuggle with’

Emma revealed she’d met Tyler at a bar on Saturday evening, while Tyler had met Hannah the night before.

Posting in a dating Facebook group, Emma shared a screenshot of the messages and joked: ‘who said chivalry is dead?!’.

The exchange begins with Tyler messaging both Hannah and Emma saying ‘Sup’.

Emma then replied asking who was contacting her, with Tyler clarifying and asking what she was up to.

When Emma said she was sleeping, Tyler said he ‘needs someone to snuggle with’ and asked if she was ‘up for that’.

But before Emma cold reply, Hannah messaged the group asking who they were, with Tyler saying ‘It’s Tyler from Friday but also last night – lmao I don’t think I’ve ever drunk-texted a group chat before’.

Emma then replied: ‘So you were bootycalling us both?’

The text caught the attention of dozens of women replying shocked at the antics. 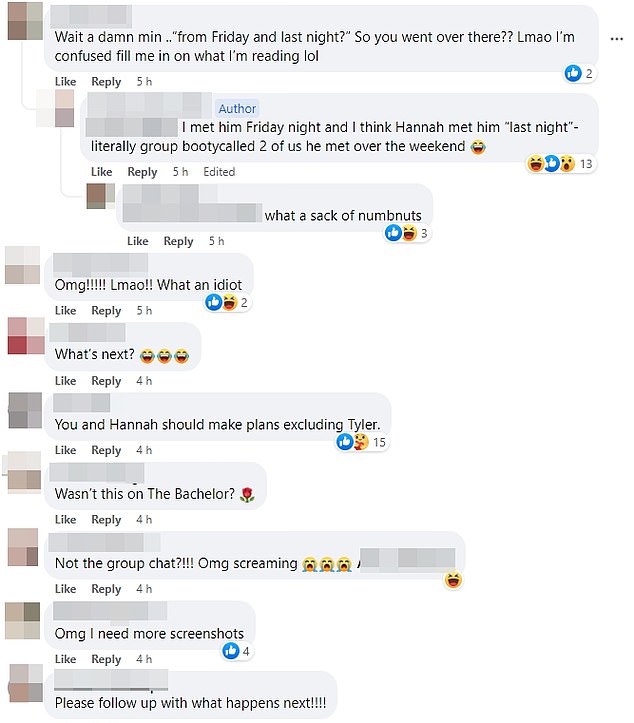 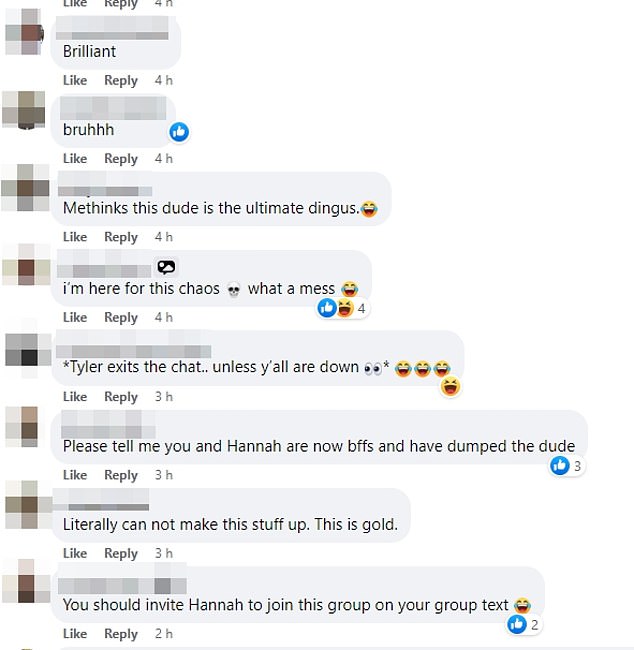 ‘What an idiot,’ wrote one.

‘You and Hannah should make plans excluding Tyler,’ said another.

‘Not the group chat?!!! Omg screaming’ commented a third.

‘I’m here for this chaos’ added another.

‘Please tell me you and Hannah are now bffs and have dumped the dude,’ asked one.

Many others wanted to know what happened next, with one writing: ‘Omg I need more screenshots’

‘Please follow up with what happens next!!!’ said another.

‘Literally can not make this stuff up. This is gold’ added one.