Paulo Dybala is given a spine-tingling welcome as he is unveiled as a Roma player after leaving Juventus… with Argentine soaking in atmosphere as 8,000 fans belt out the club’s anthem in front of The Square Colosseum

Paulo Dybala received a warm and thrilling welcome from Roma supporters as 8,000 fans made their voices heard at an all-action unveiling at the Square Colosseum on Tuesday evening.

Fans filled the streets in the Italian capital as the club unveiled their latest signing after beating Inter Milan and Napoli to the signing of the Argentina international – who did his trademark celebration upon his unveiling – on a free transfer.

And after thanking fans for the rapturous welcome he received at his presentation ceremony, Dybala sat down on the steps outside the Palazzo Della Civilta Italiana and soaked in the atmosphere as fans sang the club’s anthem in wild celebration. 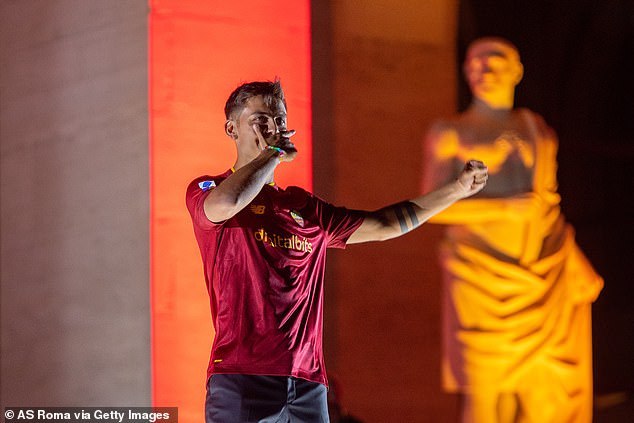 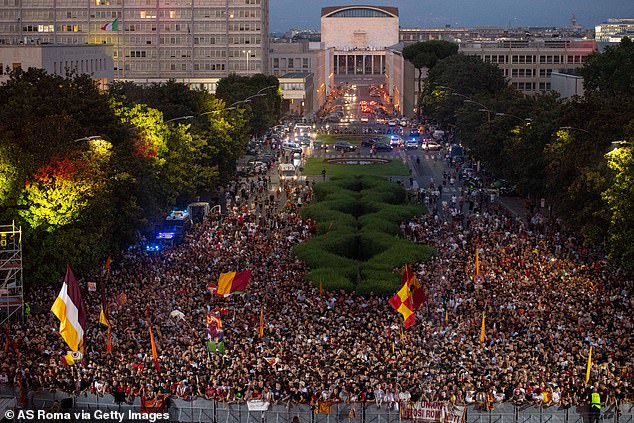 Some 8,000 fans belted out the club’s anthem as Dybala soaked in the atmosphere

The iconic anthem is sung at every home game at the Stadio Olimpico before kick-off, but Dybala appeared moved by the monumental sound being created by the supporters – who were waving flags of the club’s colours – in their numbers.

Reports suggest another 50,000 people were watching his unveiling – which also saw the club’s colours light up the Square Colosseum – which was streamed live on YouTube.

The 28-year-old then sat down for his first press conference as a Roma player, in which he revealed he left Juventus for footballing reasons.

‘I think the [Juventus] director [Maurizio] Arrivabene was very clear, we had an agreement to sign in October and then the club asked us to wait,’ Dybala said. 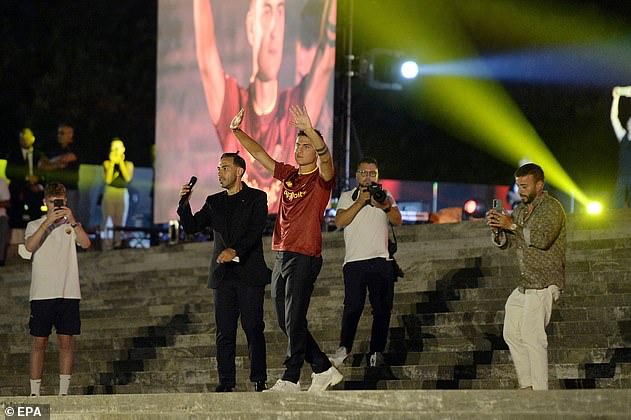 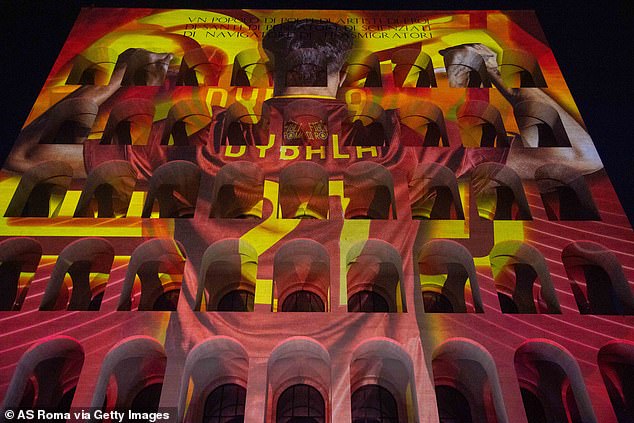 ‘In March the company told us that I would not be part of the future project. It was not a problem. Financially, the club made another decision together with the coach. I said that if this was their choice, it wasn’t a problem for me.’

The Argentina international signed a deal until 2025 worth £5million (€6m) a year, including bonuses, at the Stadio Olimpico last week.

It came after Portuguese manager Jose Mourinho personally spoke with Dybala on the phone to convince him to join, and the former Juventus star has lifted the lid on what else was discussed.

‘The first thing I asked the coach was what we aim to win,’ Dybala explained to reporters. ‘I like to win, him too.

‘Both Mourinho and the club have given me certainties, here there is great confidence and awareness. 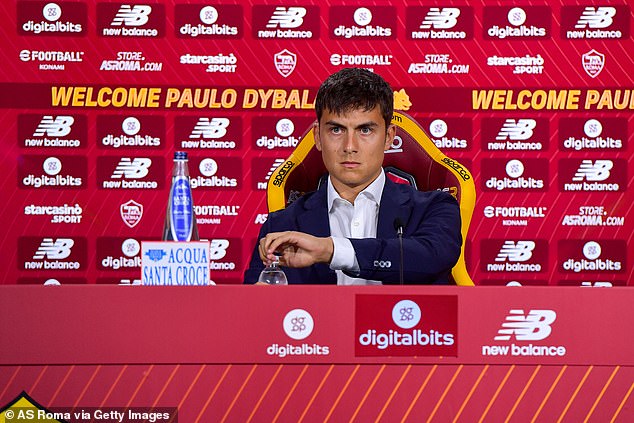 ‘This is very important for to go forward and to pursue the objectives. I will try to give my best and bring my experience to continue winning.

‘I talked a lot with the director, with the coach and with the president, knowing how this team is being built, I didn’t have many doubts.’

Jose Mourinho will be aiming for an improvement with Dybala in his side on last season, when they finished sixth in Serie A last term and also won the inaugural Europa Conference League.

But the forward conceded Roma winning their first league title since the 2000-01 season will probably be a bit too much to ask this term. 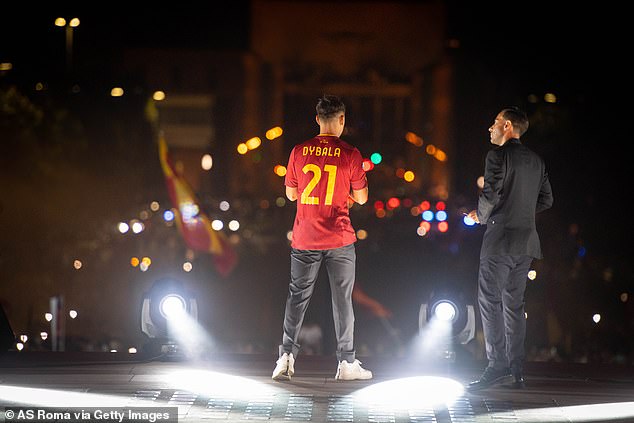 ‘I think it is too early to talk about the Scudetto, there is a great desire on the part of everyone: Roma won a very important trophy last year to have more ambition in the future,’ he added.

‘They have grown a lot in recent years thanks to the players they are arrived with Mourinho. Our goal is to win game after game: I think there are teams ahead of us for the Scudetto.’

Reports now suggest Dybala will make his Roma debut on Saturday evening against Tottenham in Israel, but will sit out the behind-closed-doors friendly with Serie B outfit Ascoli on Wednesday afternoon.