By Walter Finch For Mailonline

A father and son from Cardiff have died and three other members of the same family are in hospital as police say they are investigating whether they were poisoned.

Police in Bangladesh have confirmed the family of five were found unconscious at a flat in the Osmani Nagar district of Sylhet.

Detectives are in discussion with doctors to determine the method of suspected poisoning.

They were discovered on the afternoon of Tuesday, July 26, from a rented flat in the Tajpur area, according to Sylhet district superintendent of police Farid Uddin.

He identified the father and son as Rafiqul Islam, who is in his 50s, and Michael Islam, 16.

One of the children who survived is understood to be in a critical condition.

The family are British citizens and travelled to Bangladesh this month. They live in the Riverside area of Cardiff and Mr Islam works as a taxi driver. 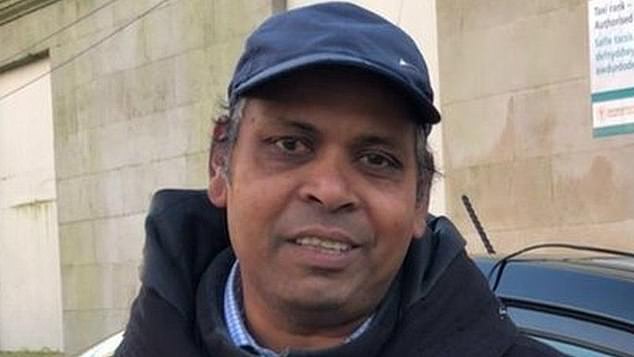 Cardiff taxi driver Rafiqul Islam, who is in his 50s, and Michael Islam, 16, were found dead in an apartment in Bangladesh

UK records list Mr Islam’s name as Rofikul with his wife’s name and age given as Husnara, 46. Those records also list the couple’s elder son as Sadiqul and say he is aged 24.

Police have confirmed they came to Bangladesh on July 12 and that they moved into the flat where they were found on July 18. District superintendent Uddin told WalesOnline it was believed the incident is a case of poisoning but an investigation into the incident is ongoing.

He said: ‘After discussing the overall situation with the doctors and inspecting the scene we believe this may have been a case of poisoning. The investigation is ongoing into whether it is poisoning or something else.’

‘We questioned them. At the moment we believe they fell asleep after dinner last night. This must be investigated further.

‘How were they poisoned? How did they die? We will be able to confirm after an investigation.’

After dinner on Monday, July 25, police say the family fell asleep in the same room. Between 10am and 10.30am on Tuesday their relatives tried to open the door to the flat.

They called the police when they heard no sounds inside. Police found the door locked, broke it open, and recovered the five unconscious victims inside. District superintendent Uddin said the investigation was continuing.

One neighbour of the family in Cardiff said: ‘My [family member] called me in the morning saying two passed and that three members of the family were in hospital.

I thought maybe it had been an accident and then we heard something about poisoning. What happened is just speculation at the moment. It’s really sad.

‘We’ve been living near them for more than 25 years. They are a quiet family who do their own thing. I couldn’t believe it, I’ve been getting so many phone calls. They were just a nice, neat family. They’ve been away for a couple of weeks.’

A second neighbour added: ‘I’m a taxi driver as well and I’ve known them around 20 years. I know [Rofikul] – he’s a really good guy. I found out on social media. We just thought they were going on holiday to Bangladesh.’

Labour councillor for Riverside Kanaya Singh spoke to WalesOnline about the incident. He said: ‘Clearly this is a worrying and tragic event. Everyone I have spoken to in the community speaks very highly of the family and our thoughts are with them.

‘There is also a great deal of concern because many people from Riverside go to Bangladesh on a regular basis. I hope that the authorities are able to get to the bottom of this as quickly as possible.’