Two British drug smugglers have been jailed for more than 20 years each for their role in a bungled international plot to import a tonne of drugs worth half a billion pounds into Australia.

Graham Palmer, 37, and Scott Jones, 38, were part of the ring which tried to smuggle cocaine, methamphetamine and ecstasy into the country before their yacht ran aground and an elephant seal blocked them as they tried to flee from police.

The pair were sentenced in the Australian Supreme Court today alongside US citizen Jason Lassiter, 47, and Angus Jackson, 53, from New South Wales after their comical heist led them into the hands of police.

The group attempted their daring plot in September 2019 after hatching the plan in Thailand, and Palmer, along with skipper Antoine Dicenta, 53, who has admitted his guilt but not yet been sentenced, set sail from Madagascar.

Their yacht named Zero picked up 380kg of cocaine, 344kg of MDMA and 171kg of methamphetamine at a South African port worth an estimated one billion Australian dollars (£570billion), then-police commissioner Chris Dawson said. 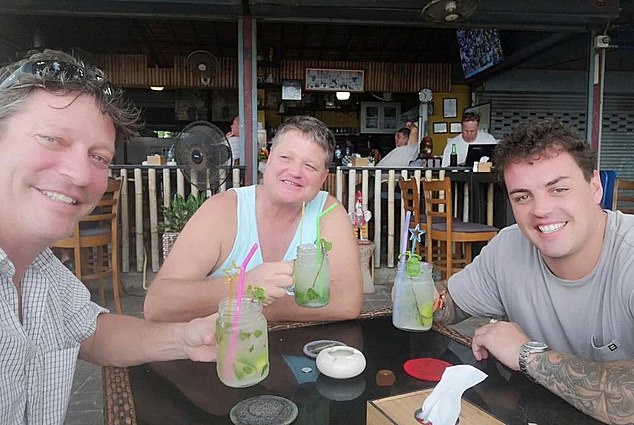 Jason Lassiter, Angus Jackson, Scott Jones (from left to right) have been jailed for their plot to smuggle a tonne of drugs into Australia 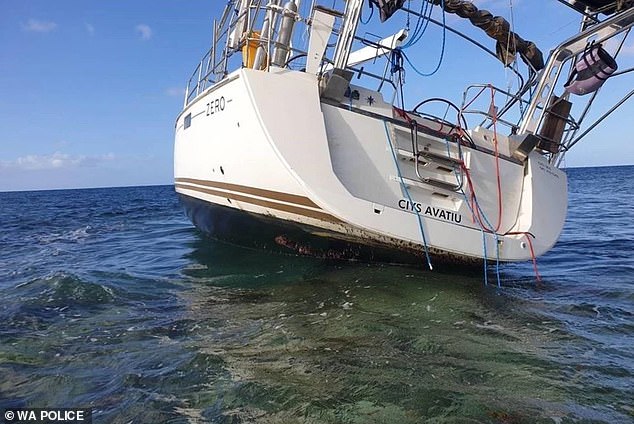 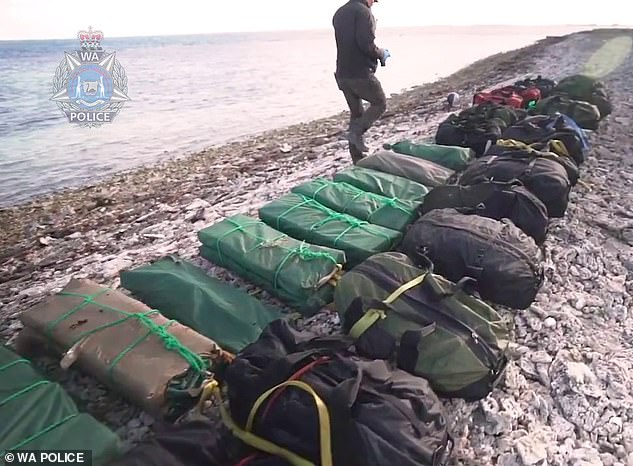 But during the transfer of the drugs, Dicenta accidentally started recording his phone as he discussed the plot.

He was heard saying: ‘You have to put it inside before the other boat comes … this is not cocaine, this is the other thing, it’s not heavy at all.’

Prosecutors later described it as the ‘worst butt dial in history’.

The pair travelled by sea for six weeks through treacherous conditions, eventually arriving in the Abrolhos Islands off the coast of Geraldton in western Australia, where they planned to transfer the haul to a local boat.

Lassiter, Jackson and Jones were waiting on the other vessel named DW 140 in the archipelago which is notorious for shallow reefs, with its name roughly translating to ‘open your eyes’ in Portuguese as a warning to sailors.

Dicenta and Palmer’s yacht Zero predictably ran aground as they approached, and their tonne of drugs was left stranded with them. 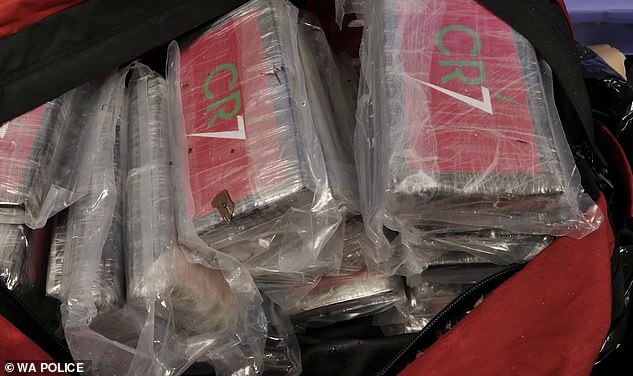 Their yacht named Zero picked up 380kg of cocaine, 344kg of MDMA and 171kg of methamphetamine at a South African port

The passengers on the two separate boats desperately sent each other messages, with one saying: ‘Drifted a mile… we have no control where we end up.’

Fearing they were exposed on their yacht, Dicenta and Palmer transferred the drugs themselves on to a small tender and made their way to Burton Island and tried to hide the drugs in seaweed overnight.

The comical plot then had another twist as their conspirators’ DW 140 boat coming to their rescue also ran aground and was forced to wait until the tide rose.

A group sailing nearby then spotted one of the pair on Burton Island waving at them and approached, only to see he was in fact shooing them away.

The witnesses alerted police and Dicenta and Palmer tried to flee but they were unable to, with an elephant seal blocking their way.

They woke up the large animal which bared its chest and bellowed at the now terrified smugglers, who chose to surrender to police instead of trying to take it on. 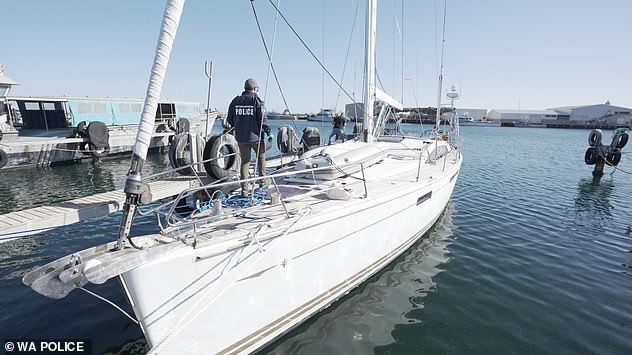 While they were being taken to custody, police saw the DW 140 boat and noted it down and traced it to Jackson, with the other trio arrested the following day.

They denied any knowledge of the drug deal, saying they were simply on a ‘boys’ fishing trip’.

But now, all of them have been found guilty in court.

Palmer was given a 22-year sentence with a non-parole period of 15 years, and Jones was given 25 years with a 17-year minimum.

Jackson and Lassiter were each handed a 33-year sentence and must serve a minimum of 23 years behind bars.

Previous police assistant commissioner Col Blanch said the drugs would have made their way into Australia were it not for the bumbling smugglers.

Justice Corboy said the men were not the kingpins of the operation but had acted as couriers in the ‘highly sophisticated’ network which was undermined by their errors.

Europe energy crisis: Spain tells workers not to wear ties to cool off