By Abi Turner For Mailonline

No relationship is perfect but when you realise you’re not in love with your partner, it is usually the end.

However, now men from around the world have been sharing their most outrageous reasons for continuing a relationship that has run its course.

Sharing their thoughts on anonymous secret-telling app Whisper, these boys revealed their selfish reasons for continuing to lead on their girlfriends – including one man who was in love with his own best friend.

Another shared that he likes his girlfriend’s dog too much to call it a day, whilst a third revealed that he doesn’t want to be homeless, so he’s using his girlfriend for a roof over his head.

Here, FEMAIL shares some of the most ridiculous confessions… 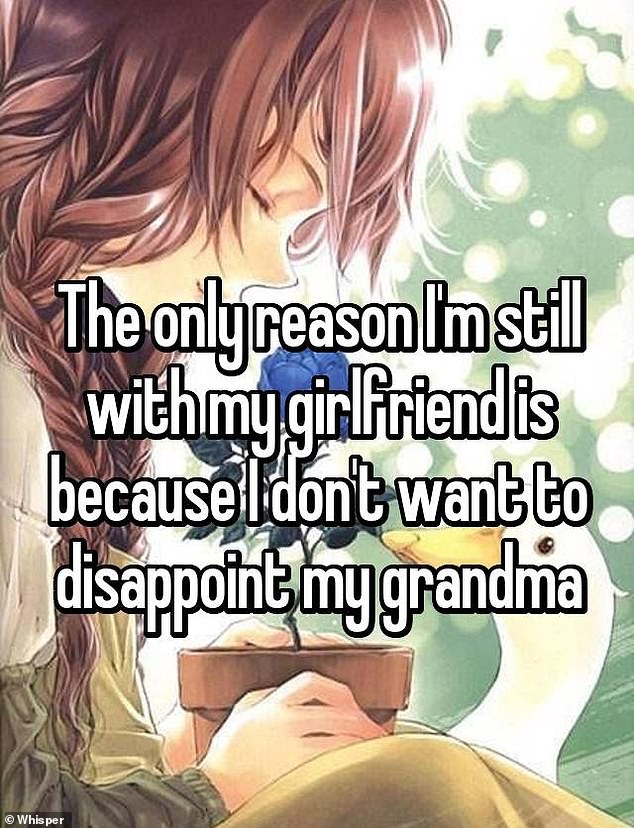 What would grandma say? Stop stringing that girl along! One man, from the US, revealed he didn’t want to end his relationship because his grandmother would be disappointed 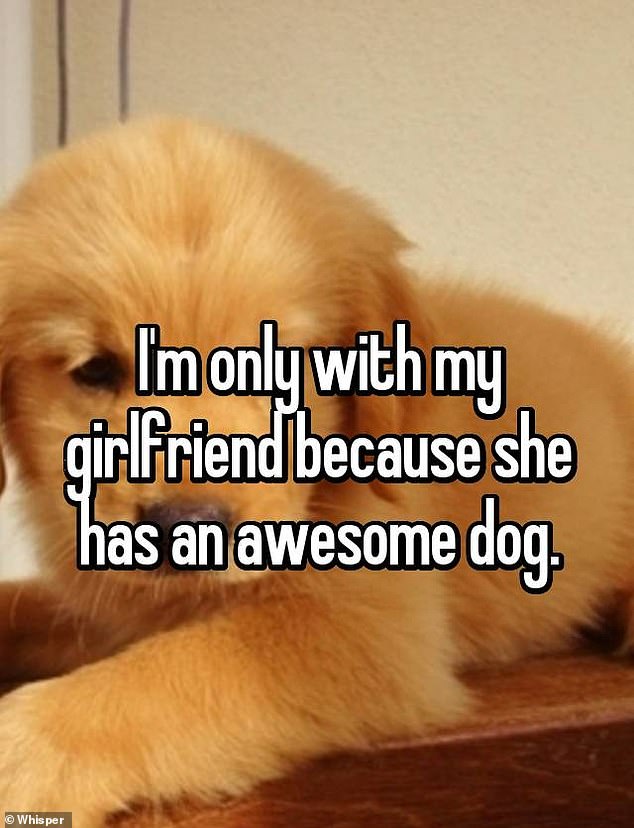 Puppy love! This man, from Essex, shared that he is way too attached to his girlfriend’s dog, even more so than his partner 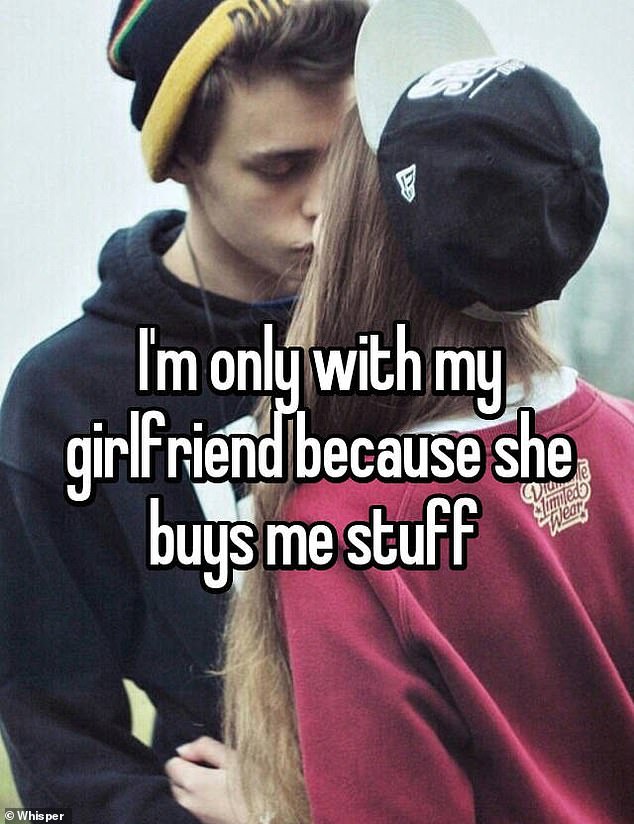 Get a paper round! This man, from an unknown location, explained he is only staying in a relationship because his girlfriend is particularly generous with him 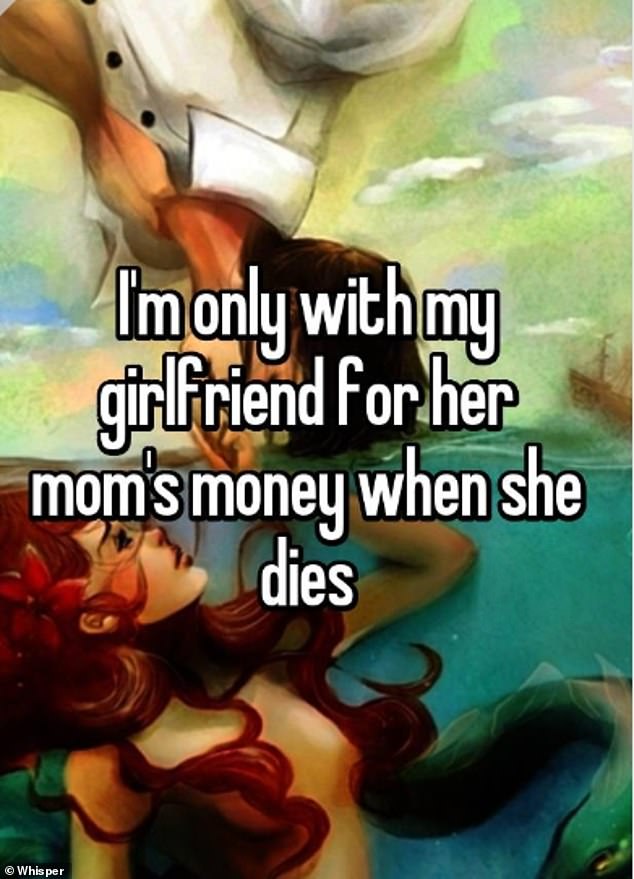 Gold-digger! One man, from the US, shared the shocking reason he is staying with his girlfriend is for her mother’s money 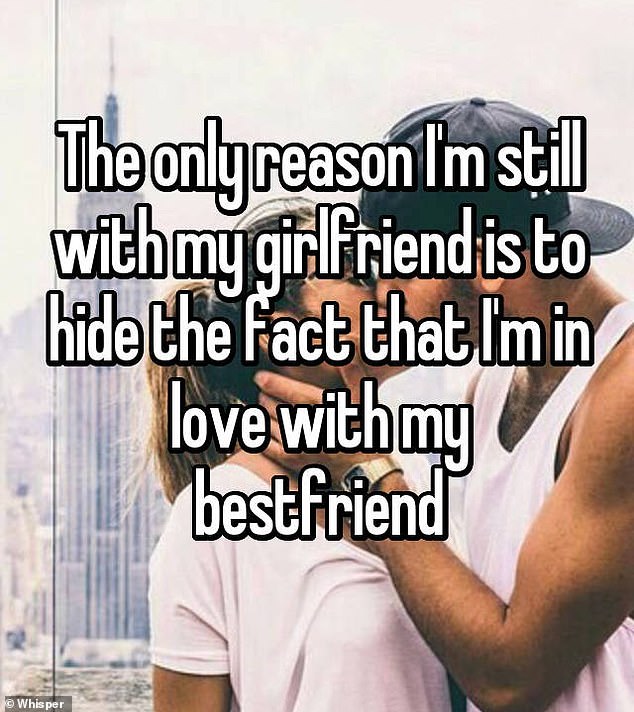 Friendship goals! One person revealed they remain in a relationship because they’re secretly in love with someone else 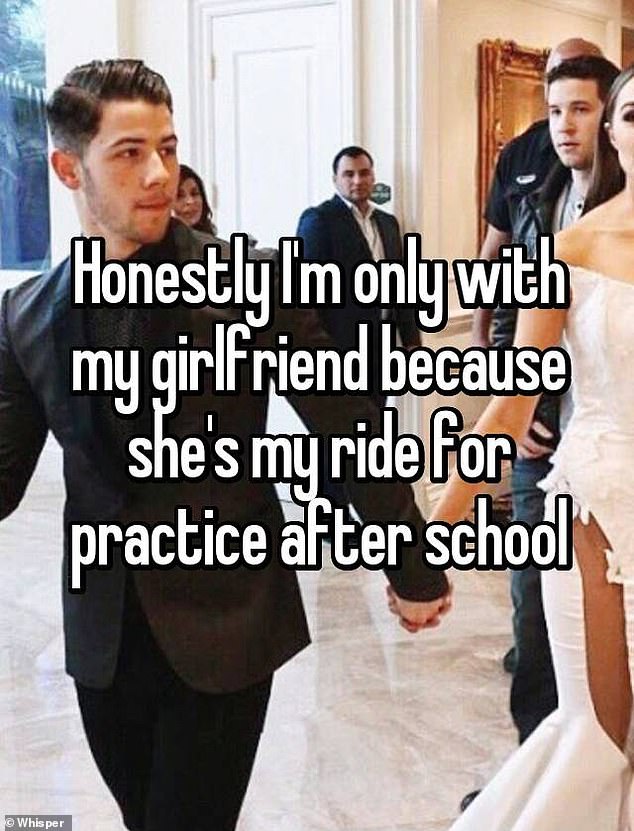 Get the bus! One man, from Mississippi, has shared that he is only with his girlfriend because she drives him around after school 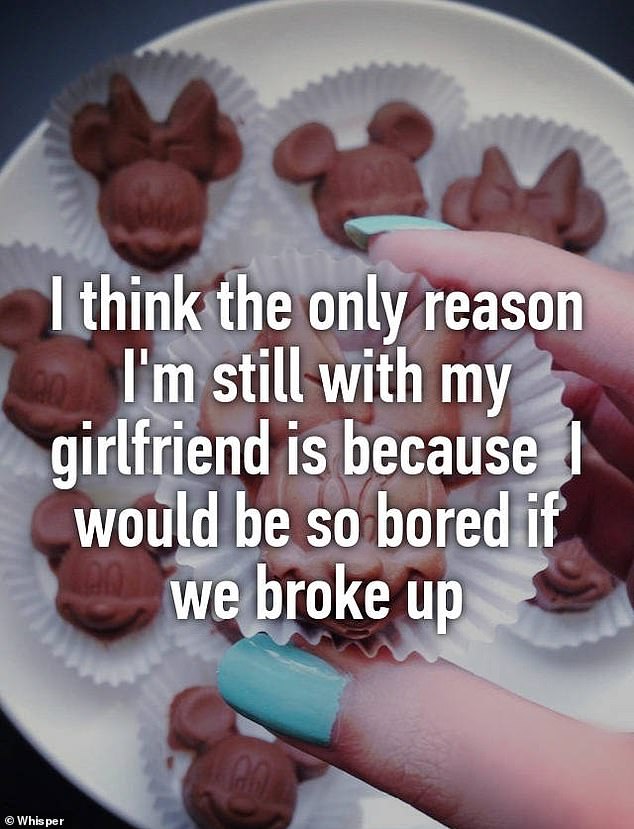 Take up a hobby! One man, in Clarion, explained ‘the only reason’ he’d be bored without his girlfriend 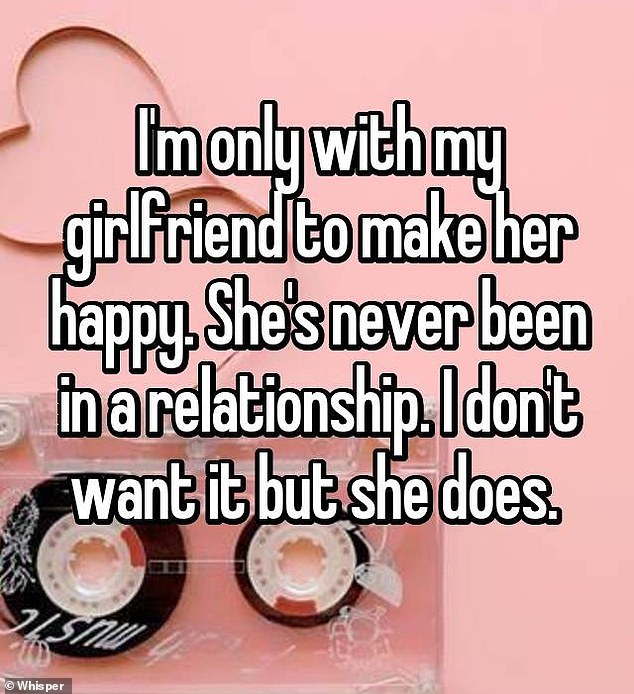 Selfless or selfish? This man, from Oklahoma, would be better to let his girlfriend find a man who wants to be with her and let her experience what a real relationship feels like 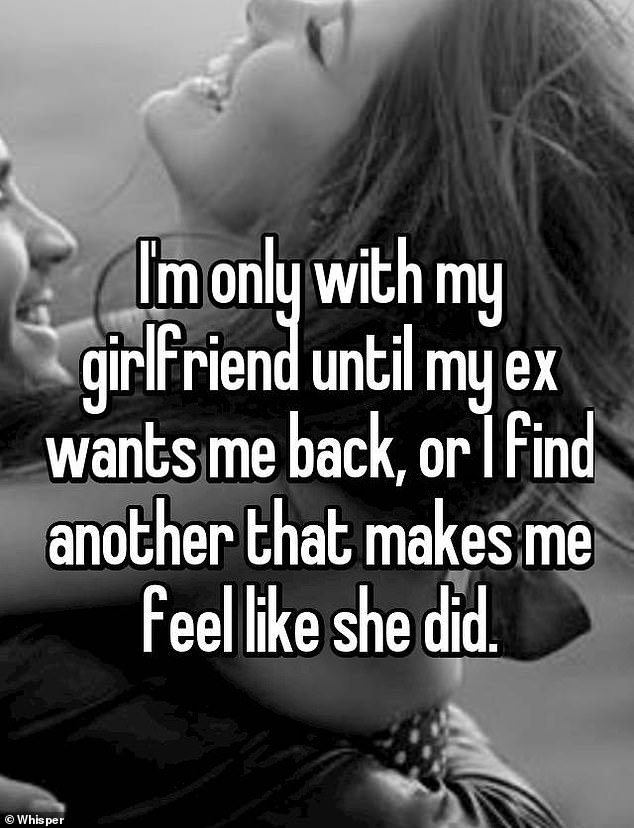 Get over yourself! In an unknown location, this person is clearly on the rebound and not over his ex 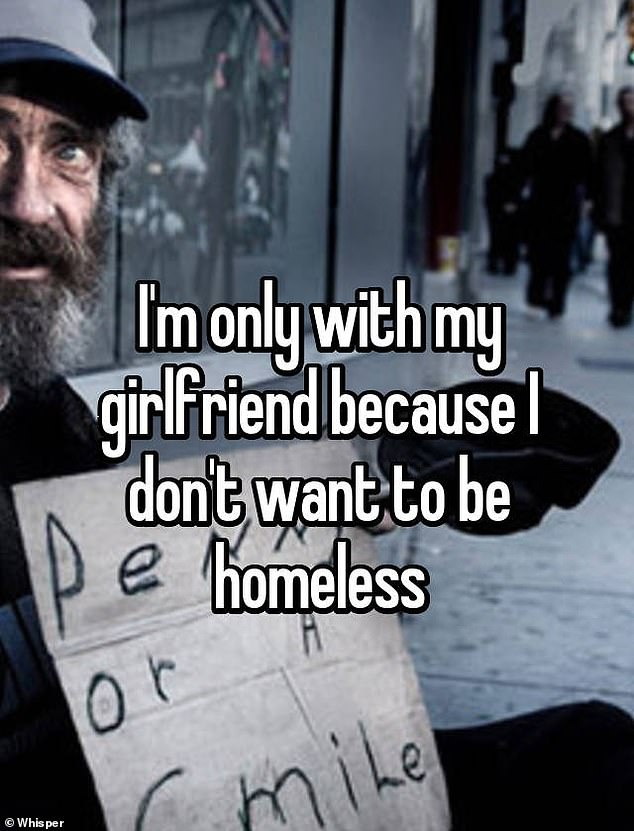 On the streets! In Cypress, one man was brutally honest, revealing that he would be homeless if he ended his relationship 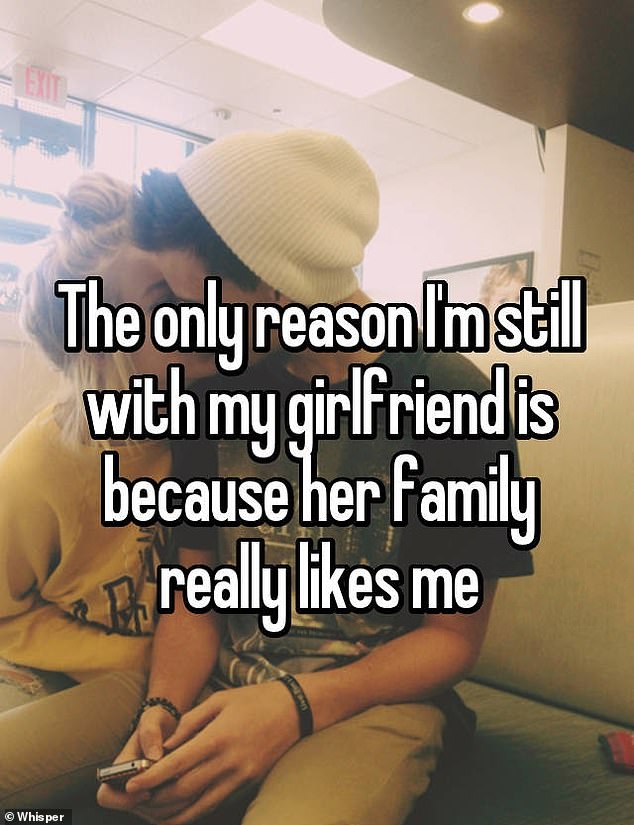 We are family! This boy, in Michigan, shared that his girlfriend’s family were happy that they were together and that he wouldn’t want to upset them by leaving their daughter 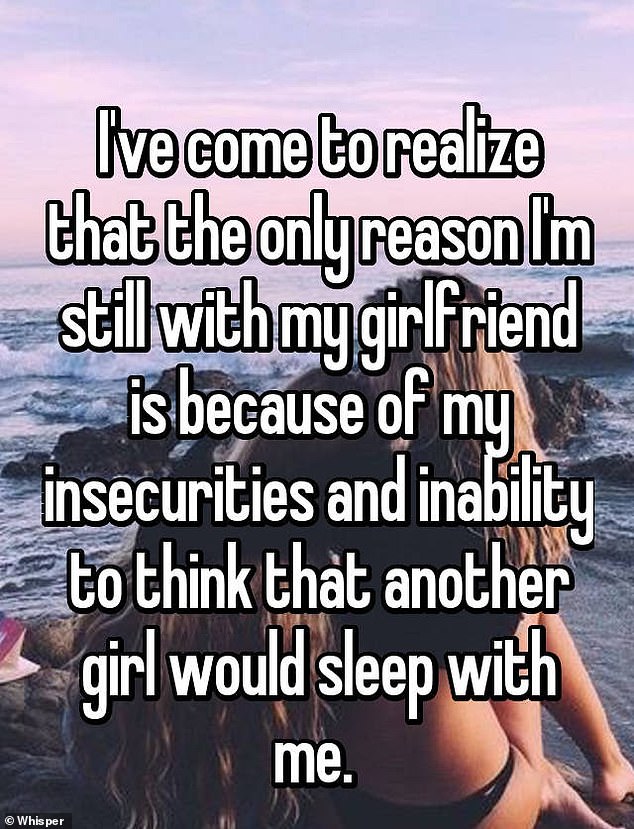 Time to work on yourself! In Illinois, one man revealed the only reason he was staying with his girlfriend was because he felt so worried no one else would sleep with him 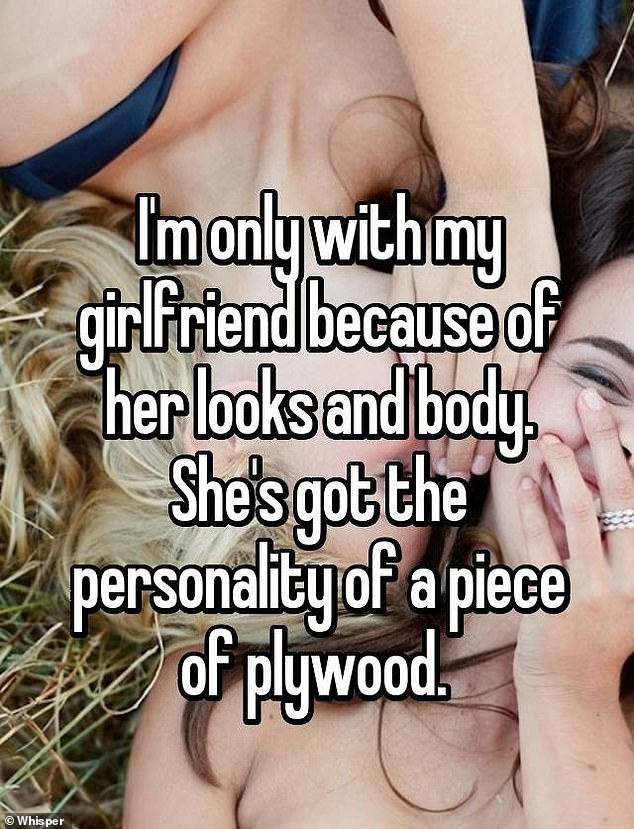 Time to look in the mirror! This man, in an unknown location, slammed his girlfriend as ‘having the personality of a piece of plywood’ 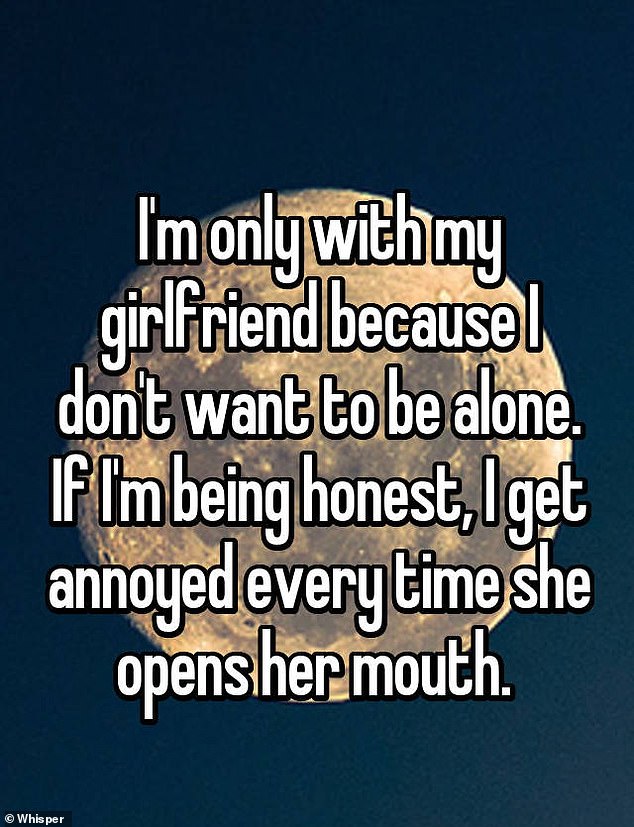 It’s better to be alone! In Rotterdam, a boy has shared that his girlfriend really annoys him but he is too afraid to be by himself