New pictures have emerged showing the first Kremlin official to quit over Vladimir Putin’s war in Ukraine lying in hospital in Sardinia, partially paralysed and unable to close his eyes.

While Anatoly Chubais’ condition was today formally diagnosed as being Guillain-Barré syndrome – a rare neurological disorder – there are reports that Italian secret services continue to investigate the case over possible foul play.

Chubais, 67, who was once the Kremlin chief of staff, deputy prime minister and Putin’s climate envoy, was also visited by an Italian prosecutor today.

This follows multiple cases where enemies of Putin have suffered poisoning or died in suspicious circumstances with longstanding fears in Western intelligence that Russian laboratories have sought to create toxins that mimic real diseases. 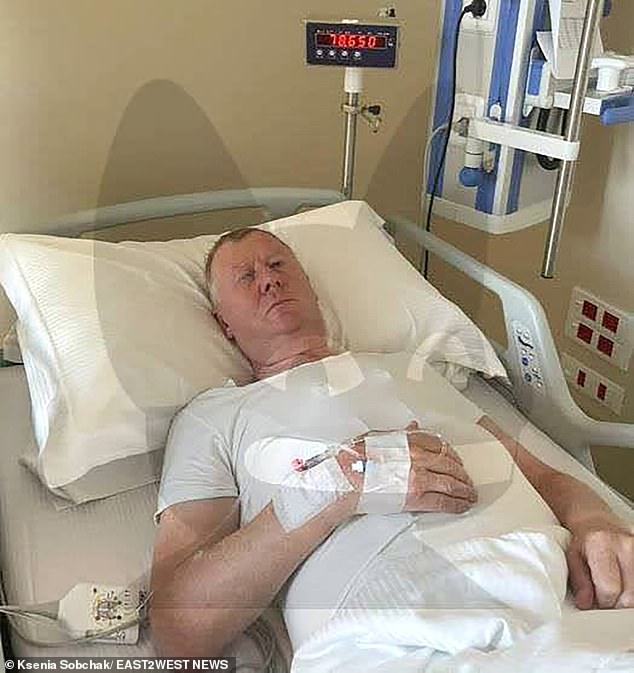 New pictures have emerged showing Anatoly Chubais (pictured) – the first Kremlin official to quit over Vladimir Putin’s war in Ukraine lying in hospital in Sardinia – partially paralysed and unable to close his eyes. Chubais’ condition was today formally diagnosed as having Guillain-Barré syndrome, but some have suggested he was poisoned

The politician, who in the 1990s led the programme to privatise Soviet industry, has suffered partial facial paralysis and cannot walk or close his eyes.

Chubais is the most senior Russian official to quit in protest over Putin’s brutal war in Ukraine after he resigned from his post in March and fled his home country.

He had served Russia for many years, and had been a top Kremlin official even before Putin was promoted to his first job in the federal government.

‘His condition has stabilised, but Anatoly [Chubais] is still in intensive care, his legs and arms do not work well, his eyes cannot be closed, and he has partial facial paralysis,’ said journalist and ex-presidential election candidate Ksenia Sobchak, who first broke the story of his illness.

She wrote earlier that specialists in hazmat suits had checked the location where he was taken ill, evidently amidst fears of poisoning.

Guillain-Barré syndrome, a highly rare and serious condition which can be life threatening, affects the nerves in the feet, hands and limbs.

It thought to be caused by a problem with the immune system, and predominantly causes numbness, weakness and pain.

It can be treated – and most people with the syndrome will eventually make a full recovery, although this can take up to 12 months. Some people are left with long-term issues relating to the condition. 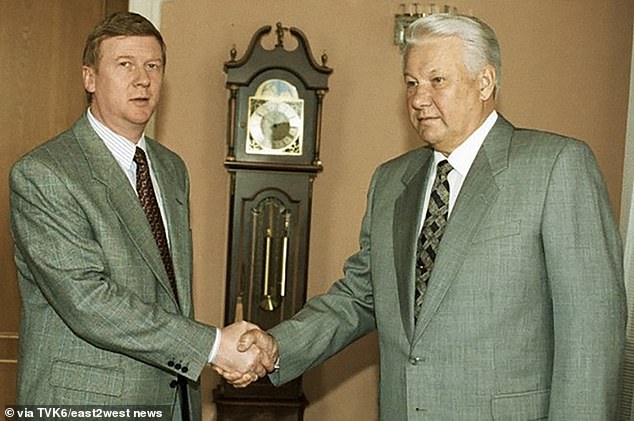 Chubais is the most senior Russian official to quit in protest over Putin’s war in Ukraine after he resigned from his post as the president’s envoy to international organisations in March and fled his country. He had been a top Kremlin official even before Putin was promoted to his first job in the federal government. Pictured: Anatoly Chubais shakes hands with Boris Yeltsin 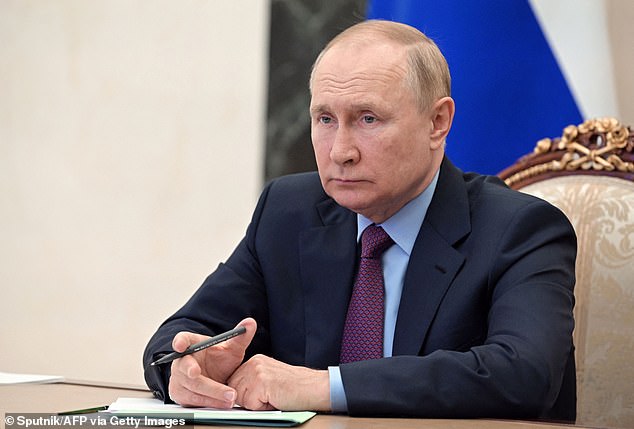 This follows multiple cases where enemies of Putin (pictured August 1 in Moscow) have suffered poisoning or died in suspicious circumstances with longstanding fears in Western intelligence that Russian laboratories have sought to create toxins that mimic real diseases.

A post from anti-Putin General SVR Telegram channel claimed that Chubais had been named on a draft hit list, while giving no evidence for such an allegation.

The list was supposedly made up of people hostile to Nikolai Patrushev – a close crony of the president who is secretary of the Russian security council.

The channel has previously claimed that last month there was a mysterious – and unannounced – assassination attempt against Patrushev, 71, a former head of the FSB secret service who is believed to be whom Putin hands power when he is absent for medical treatment, and also a key architect of the war in Ukraine.

‘The list is large and contains 18 names of fairly well-known people, while Patrushev does not provide any evidence that would indicate that these people were directly related to the organisation of the assassination attempt,’ said the channel.

‘This is more like an attempt by the secretary of the security council to settle scores with old ‘well-wishers’ by eliminating people who are personally objectionable to him in competing clans.

Patrushev ‘included in it several people to whom Putin feels personal dislike or has some doubts about sincere loyalty. 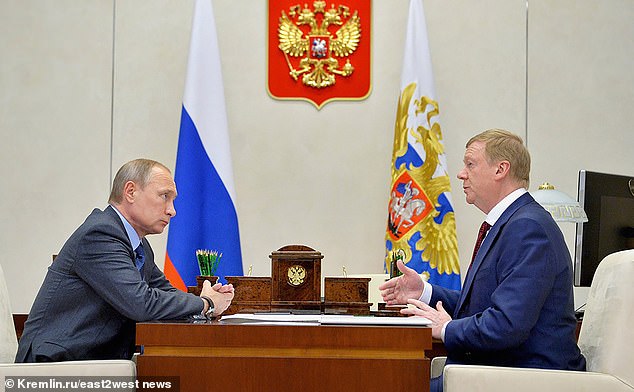 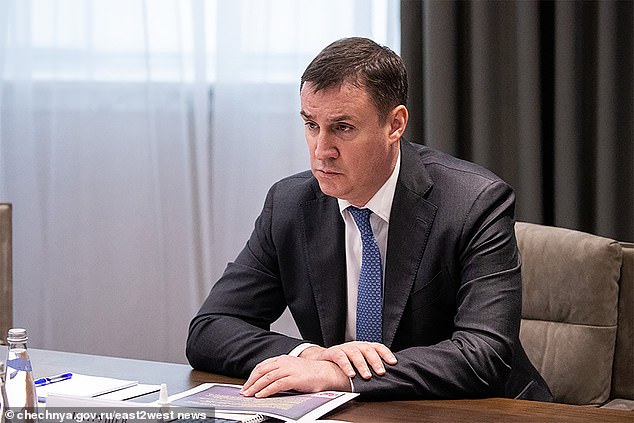 Chubais is believed to be particularly disliked by Nikolai Patrushev, another close crony of the president who is secretary of the Russian security council. There are claims that his son Dmitry Patrushev (pictured) is being groomed as Putin’s ultimate successor

‘For example, Anatoly Chubais, the former chairman of the board of RUSNANO and special representative of the president for relations with international organisations…was included in the list.

‘Judging by the fact that after talking with the president Patrushev was in a good and high spirits, Putin supported him and agreed to ‘settling scores’ with people from the list. And then, surprisingly, on Sunday, a number of information resources reported a sharp deterioration in Anatoly Chubais’ health.

‘Knowing how the system works, we can assume that this is most likely a coincidence, since there was simply no time to prepare an assassination attempt, and Patrushev prefers to carefully prepare special operations of this kind.’

Patrushev is, like Putin, a former head of the FSB security service.

There are claims Patrushev’s son, Dmitry, 44 – the Kremlin’s agriculture minister – is being groomed as Putin’s ultimate successor.

General SVR channel has claimed that Putin is suffering from serious illnesses including cancer, Parkinson’s disease and an schizoaffective disorder.

This channel is reportedly authored by an exiled Kremlin lieutenant-general, who is known by the alias Viktor Mikhailovich.

It claims insider knowledge despite being hostile to Putin.

However there is no clear evidence backing its claims, while the CIA has said there is no evidence to suggest that this is the case.

A number of Putin foes are alleged to have been poisoned by Kremlin hit squads – including Alexander Litvinenko and Sergei Skripal in Britain.