Shocking moment concrete shackles fall off flat bed truck, crushing a row of parked vehicles and sending a terrified bystander fleeing for her life on a Brazilian street

By Adry Torres For Dailymail.com

This is the shocking moment a shipment of concrete shackles falls off a truck and crushes a row of parked vehicles on a street in Brazil.

A surveillance video shows a semi-truck hauling the stacked tubes on a flatbed trailer as its about to turn on a stretch of Benedita Silveira Avenue, one of the busiest roads in Barreiras, a city in the northeastern state of Bahia.

A woman is looking down at her cellphone, looks up to see the terrifying event unfold and immediately runs inside a building to avoid being struck by debris. 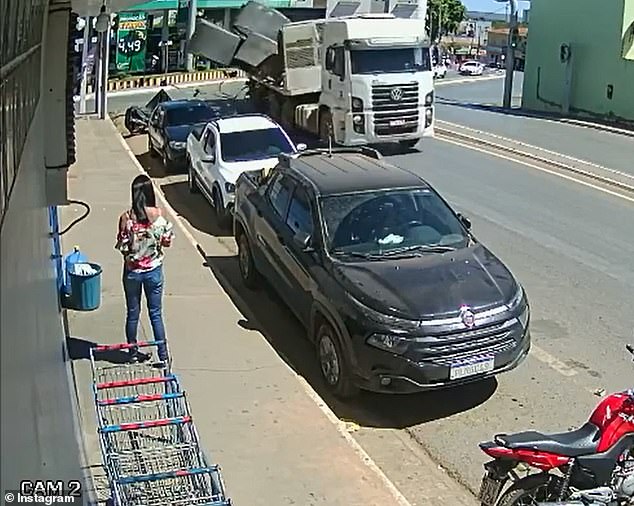 A surveillance camera captured the bizarre moment a shipment of concrete shackles tumbled off a flatbed truck and crushed a motorcycle, a car and two pickup trucks in Bahia, Brazil, last Wednesday. No injuries were reported in the accident 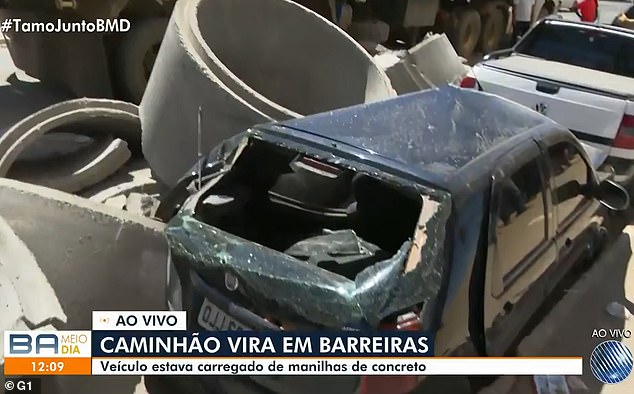 One of the four vehicles that were damaged after a shipment of concrete tubes fell of a trailer flatbed in Bahia, Brazil, last Wednesday

At least four of the cement shackles suddenly tip over to the right, crushing a motorcycle and a car that is stationed in front of it.

Several more shackles continued to fall off the flatbed, totally crushing the left side of a pickup truck.

Another shackle subsequently falls off the trailer and hits a second pickup truck before the driver comes to a stop. 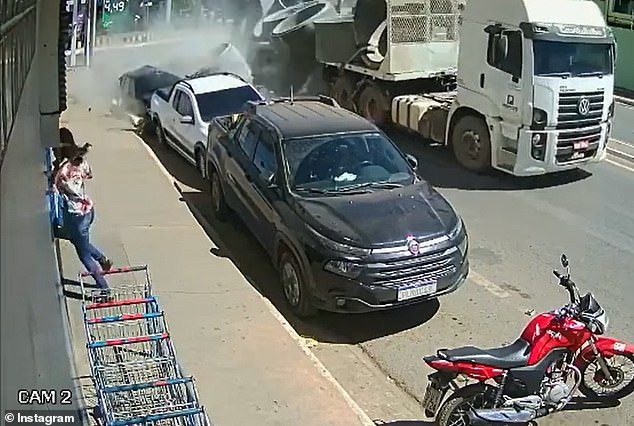 A woman is seen running inside a building as a row of vehicles crushed by falling concrete shackles off a truck in Barreiras, a city in the northeastern Brazilian state of Bahia, last Wednesday 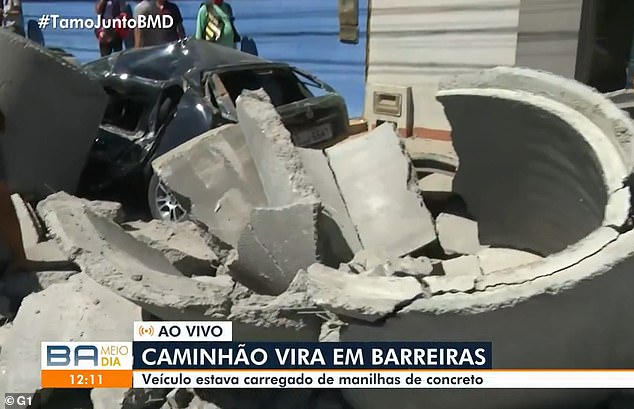 Some of the cement tubs fractured into large chunks while others remained intact after suddenly falling off a truck in Bahia, Brazil, last Wednesday 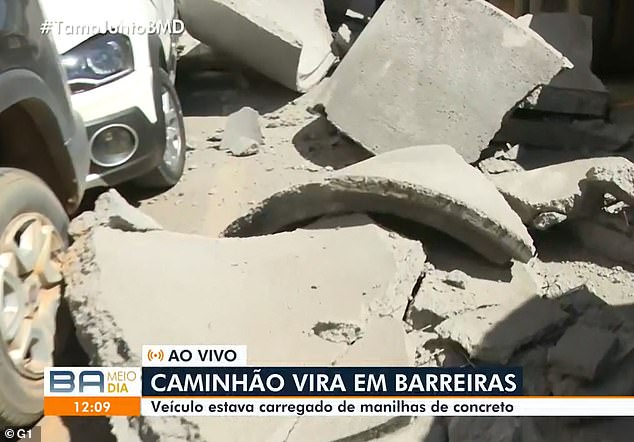 Some of the shackles shattered into large chunks while the rest remained intact.

Fortunately, there were no drivers or passengers on the vehicles and authorities did not report any injuries related to the accident, which took place on July 27.

No word yet on what caused the crash or if citations were issued.