This is the moment six Russian commanders were killed in a Ukrainian ambush, according to one of Kyiv’s senior officers.

Dramatic footage captured how a two-vehicle convoy – said to be carrying the Russian top brass back from a meeting – were struck by anti-tank missiles.

Footage, thought to have been captured on the Donbas frontline near Avdiivka, shows how the lead vehicle was blown to smithereens before the second rolled over. 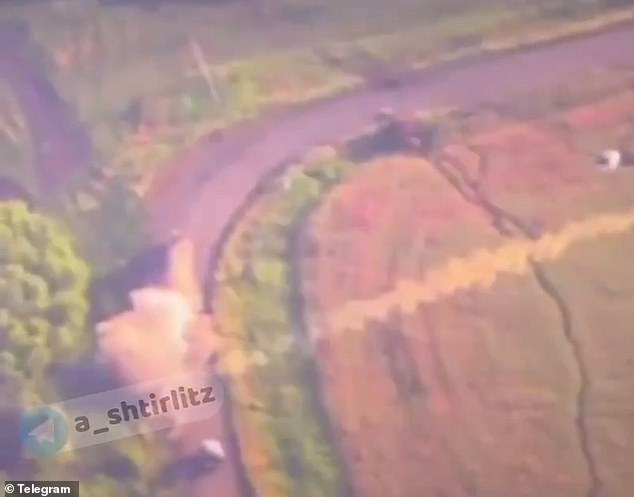 Six Russian commanders and five soldiers were killed in Donbas after Ukraine launched a missile ambush on their convoy, one of Kyiv’s colonels says

The video was posted online Friday by Anatonly Shtefan, who is a colonel in the Ukrainian armed forces.

Shtefan, who goes by the online moniker ‘Stirlitz’, said the strike was carried out on an undisclosed date by troops from the 56th brigade – thought to refer to the 56th Motorized Brigade.

According to Ukraine’s ministry of defence, the 56th Motor is currently in action around Avdiivka, located a few miles north of the Russian-held city of Donetsk.

The 56th used to be based in Mariupol until the city fell to Russian forces in May.

Shtefan wrote: ‘The Russian commanders were on their way back from a meeting.

‘This time, our glorious soldiers were waiting for them.

It comes after Lieutenant Colonel Olga ‘Kursa’ Kachura, 52, who was Ukrainian-born but fought for Russian-backed separatists in Ukraine’s east, was reported killed. 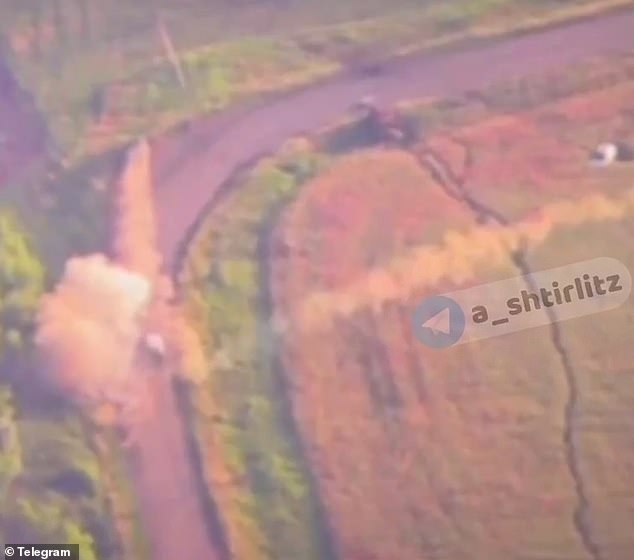 Colonel Anatonly Shtefan posted the footage online, saying the Russian commanders were heading back to base from a meeting when the ambush took place 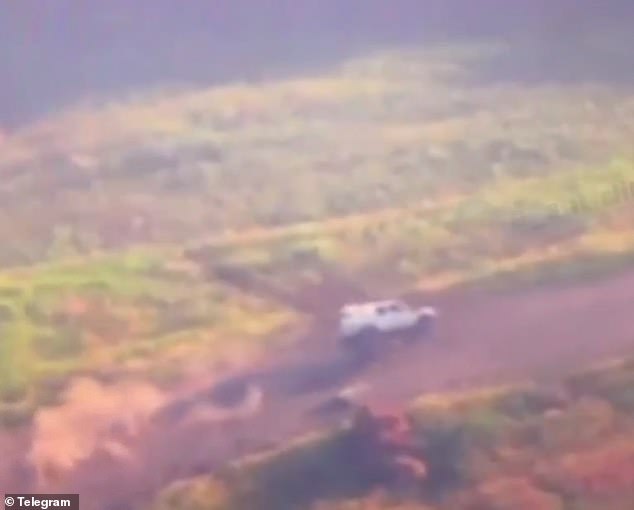 Footage shows the first vehicle was blown up by a missile while the second rolled over, with all occupants killed in the crash

Kachura, who commanded an artillery battalion, was said to have died after a missile struck her car as she drove near Horlivka, not far from Avdiivka.

It is not currently clear whether the missile strike captured on video and the strike that killed Kachura are one-and-the-same.

She is Russia’s first female frontline officer to be killed in fighting, having dubbed herself ‘she-wolf’ and boasted on state TV about how she enjoyed killing Ukrainians.

Kyiv’s military intelligence service says Kachura joined the ranks of the so-called Donetsk People’s Republic in 2014 when Putin last invaded the country, and was responsible for shelling civilians in the Donbas during that war.

Kachura helped found the local militia, and had led hundreds of men into combat.

She had gained near-mythic status among Russia’s rank-and-file after appearing in Kremlin propaganda in which she revelled in the bloodshed.

‘I enjoy killing Ukrainians every time,’ she said in one clip, while giving herself the moniker ‘she-wolf’ in another.

‘She guards the hearth, her children, her family. In nature, no wolf will defend a cub as aggressively as a she-wolf,’ Kachura said.

At the time of her death, Kachura was commanding an artillery unit accused of indiscriminately shelling civilians

Agents also say she sometimes disguised herself as a Ukrainian officer in order to discredit their armed forces.

President Putin has granted her a posthumous medal, the Hero of Russia, the country’s highest award.

He said the medal was for ‘courage and heroism in the performance of military duty’. 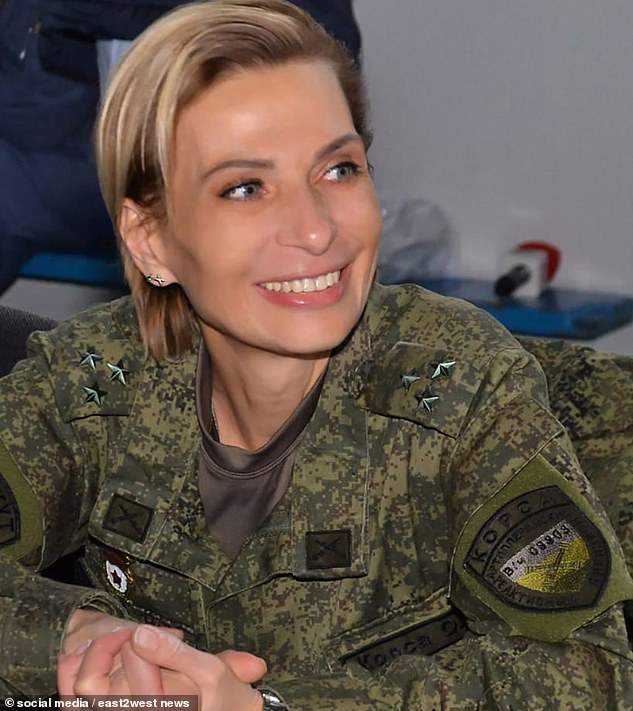 Kachura is the 97th known officer to have been killed in Putin’s war, as Kyiv’s troops continue to bleed Russia’s top ranks.

The toll in Russia’s officer corps is thought to be so high due to poorly-encrypted communication networks that allows Ukraine to intercept calls and messages, identifying the location of commanders to be killed.

Analysts say officers are also being forced to the frontlines to try and fix Russia’s poor battlefield performance, putting them in greater danger.

Russia is now more than five months into what was supposed to be a days-long war in Ukraine to topple the pro-Western government and install a puppet regime.

In that time, Putin is thought to have lost 75,000 men wounded or killed – more than half the force he invaded with – along with tanks, planes, warships and drones worth tens of billions of dollars.

Russia has managed to take a small amount of Ukrainian territory in exchange for those losses, including the cities of Kherson and Mariupol and the Luhansk region – most of which it occupied before the war started.

That is far-short of Putin’s aims laid out before the war – and even short of his general’s revised goals, which called for the capture of the whole of Donbas.

Meanwhile Ukraine has managed to re-take some territory, and is thought to be preparing for a major counter-attack in the south towards Kherson.

Kyiv officials have said they expect the city to be back under their control by the end of the month.

AA chief says keep keyless car fob in a pouch, in a box, in a microwave after thieves stole his car