GEMMA Collins told fans she was hooked up to a drip after feeling under the weather.

The former Towie star, 41, told fans that she was exhausted after overworking herself and was hoping to enjoy a relaxing weekend.

Alongside boxes of steroid medication, the reality star wrote: “Well and truly overdone it and I’m looking forward to a weekend of rest and relaxing and getting better.

“As much as I try to carry on the body sometimes wants you to stop.”

The Essex favourite then shared a clip of herself attached to the drip at her £1.3m mansion.

Earlier in the week, Gemma admitted she was feeling under the weather and told her fans: “I told you I’d walk out here a different woman. 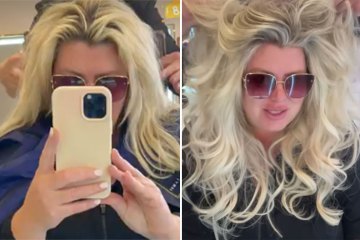 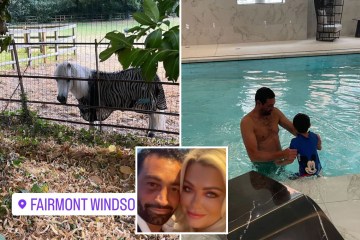 “Despite having a chest infection and being on antibiotics and steroids, I feel totally cured after getting in here!”

Gemma has been wowing fans of late, having lost a reported five stone in four years.

She has revealed one the secrets to her weight loss is fat busting cryotherapy sessions.

Last week, Gem stripped to her underwear after her stomach was subjected to temperatures of -157C during her latest treatment.

Afterwards, she gushed: “Look at my waist and everything since having the treatment today.

“I just cannot believe…I mean…look at that! I look two sizes slimmer just from having that treatment.”

Gemma started her impressive weight loss journey in 2019 following her appearance on Dancing On Ice.