The number of passports lost by the Home Office tripled last year amid a backlog caused by the Covid pandemic, and staff working from home.

The total for last year will be confirmed next month but losses are still reported as higher than the 168 lost passports in 2019, before Covid hit.

It is thought that low staff numbers at the Passport Office are the reason it is in ‘disarray’ and causing ‘misery’ to holidaymakers, according to the Telegraph.

People are continuing to report lengthy delays to get their documentation to travel which have left many families dream trips in tatters as they cannot travel. 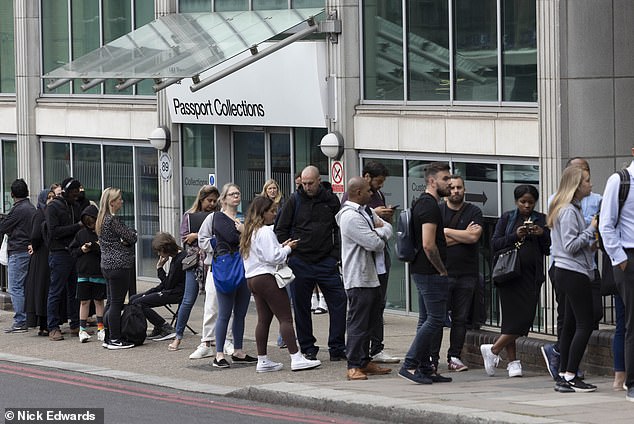 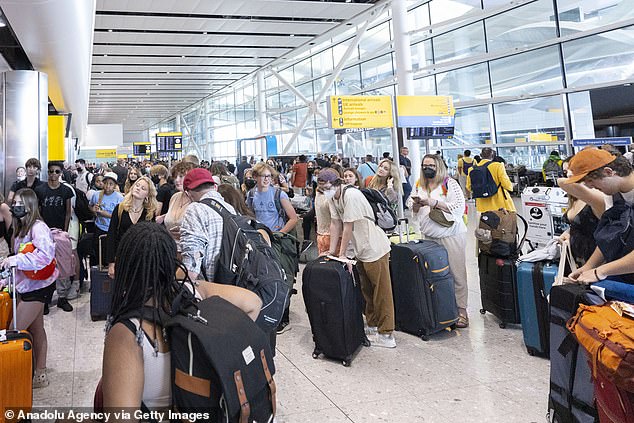 What’s going on? Why has the backlog in passport applications soared to 500,000? And what’s being done to solve the crisis?

More than half a million Britons are struggling to get their passport applications processed.

A Passport Office boss has revealed that the backlog in applications soared to 550,000 at the end of June – with 10% waiting more than ten weeks.

Why is there a backlog?

HM Passport says more than 5m applications for passports were delayed during the pandemic because of international travel curbs as governments around the world effectively shut their borders in a bid to control the spread of Covid.

When Passport Office director Thomas Greig was challenged by furious MPs ‘why have you failed so miserably’ as he appeared before a committee, he admitted that staff are still WFH despite the scale of the backlog. The agency insists that WFH is not affecting the ability of its staff to process passport applications.

Is it worth heading down to a passport office without an appointment?

It depends. Holidaymakers who have been queueing outside the passport office in Victoria without an appointment say officials have been turning away anyone who is not leaving the UK in the next 48 hours.

The HM Passport Office website advises people applying for passports that they can expect to receive them within 10 weeks.

Those who need their passports more urgently can pay £177 to get them within two days through the Online Premium Service. This involves booking an appointment and getting your passport after a half hour meeting at a passport office.

Or they can pay £142 to get your passport delivered to your home using the Fast Track service – though this can take a week.

What is HM Passport Office doing to clear the backlog?

In April, the agency said:

Liberal Democrat MP Wera Hobhouse, who shared the numbers, said: ‘The Passport Office is in disarray and the British public are suffering as a result of the Government’s incompetence.’

‘This huge increase in lost passports is frankly unacceptable and speaks volumes about the dire situation at the Passport Office,’ she added

A Home Office spokeswoman told the MailOnline: ‘Between 1 January and 31 July 2021, more than 5.26 million items were successfully delivered to our customers, while just 0.006% were lost.

‘While this is regrettable, it represents a tiny fraction of the number of passports and supporting documents that were successfully delivered.

‘Every attempt is made to recover lost or mis-delivered passport and we will continue to work with our delivery partner to develop measures to reduce the number of losses overall.

‘HMPO has substantially increased its resources over a 17-month period, and will continue to recruit to cover attrition, ensuring it remains fully resourced.’

Mr Gove, who was sacked as Levelling Up Secretary by Mr Johnson for urging him to quit as Prime Minister, conceded that some services are ‘simply at the moment not functioning’.

He told a discussion about what Conservatives want from the next Prime Minister that the state should ‘do fewer things’ but be ‘strong and effective’.

‘I believe that there are certain essential functions that the state needs to do better, and which we fail to deliver at the moment,’ Mr Gove told the Policy Exchange event. ‘There are some core functions, giving you your passport, giving your driving licence, which is simply at the moment not functioning.’

He also raised ‘bureaucratic impediments’ on broader issues such as defence procurement.

‘We are no longer providing people, either with the efficient delivery of services or the effective focus on what the state should do,’ he said.

‘I think that’s because we have become a Government and an administration that is knocked off course by powerful stories that are told by people with a mission – and our own sense of mission has not been strong enough to resist that.’

After more than 12 years in Government, some critics have blamed the Conservatives for the problems but Lord Frost, the former Brexit minister, sought to apportion some blame to civil servants.

‘We’re always told that we have a Rolls-Royce and the problem is that ministers don’t make their will clear,’ he told the discussion.

‘Well, ministers made their will clear about coming back into the office several months ago and yet it is still not happening. So I believe there is something very fundamentally wrong in the way the Civil Service and the state is working.’

But Baroness Cavendish, a former director of No 10’s policy unit, was angered by his remarks, instead criticising ministers.

‘There are people on this panel who have been in government for the past few years and under you guys this stuff has fallen apart – so why haven’t you done anything about it?’ she said.

Boris Johnson also threatened to ‘privatise the a*** off’ the Passport Office and DVLA in April unless they step up services. 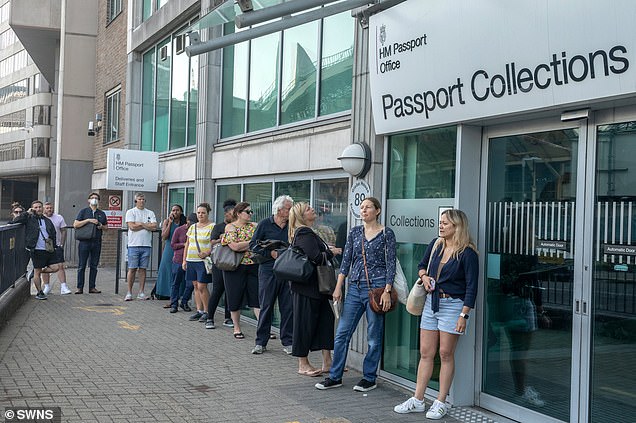 The PM laid into the ‘post-Covid manana culture’ at some government agencies as he urged the Cabinet to find efficiencies that can help ease the cost-of-living crisis.

The Passport Office has previously blamed its backlog on more than 5million people delaying their applications because of the Covid pandemic.

Last month it was also revealed that the backlog at the Passport Office had soared to 550,000 in June – with 10% waiting more than ten weeks.

Passport Office director Thomas Greig was challenged in July by furious MPs ‘why have you failed so miserably’ as he appeared before a committee, he admitted that staff are still WFH despite the scale of the backlog. The agency insists that WFH is not affecting the ability of its staff to process passport applications.

Mr Greig also raised eyebrows when he revealed the Passport Office had failed to clear the backlog despite preparing for a surge in applications last July.

It even forced committee chairman Diana Johnson to exclaim: ‘If you were planning for this from last July, so 12 months ago, it’s not rocket science, is it?’

A Passport Office spokesperson told MailOnline in July: ‘The overwhelming majority of applications are completed within the published timeframe, with 97.7% of applications being processed within 10 weeks in the first half of this year.

‘But we cannot compromise security checks and people should apply with plenty of time prior to travelling.’

Thousands have also been hit by airport chaos, last-minute cancellations and travel disruption across the UK as airports including Heathrow have struggled with staff shortages.

Airlines and airports cut staff throughout the Covid-19 pandemic and have struggled to recruit enough to cope with the number of passengers over the summer this year.

In July, Heathrow told airlines to stop selling summer tickets as the airport could not deal with the number of people heading for their summer holidays.