A WOMAN has confessed to spending over £15,000 on filler injected into her bum – but says it was absolutely not worth the money.

Jas, a social media manager form the UK, shared her story on TikTok.

She responded to another TikTok video asking people to reveal the work they have had done which they now regret.

In the video, Jas revealed she’s spent over £15,000 trying to attain the ‘perfect’ bum.

Jas explained that she opted to go for filler injections in her hips as a safer and quicker alternative to a BBL, (Brazilian but Lift.)

“When you start getting filler, you think ah I’ll just get it once, but then it doesn’t look as good as you want so you get more and more. 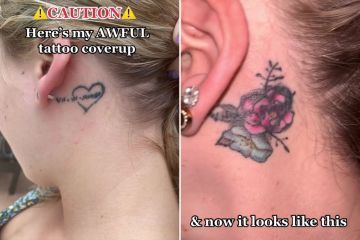 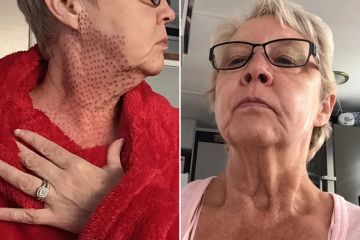 “That’s basically how I ended up spending so much money on it, Jas added.

But she revealed it wasn’t worth the money as it was painful, didn’t make much difference and didn’t last as long as it should have.

But according to Jas, her hip dips were still noticeable so Jas decided to go for a second round of filler – raking up her spend to £8,000.

After her third boost of injections – Jas was finally happy with the results, until the swelling went down and she wanted more.

Jas also revealed that the procedure is incredibly painful – something she wasn’t warned about prior to getting it done.

“They numb the area first but you can still feel a needle breaking the muscle,” Jas warned.

And although the recovery is pretty straight forward and lasts around two weeks – Jas said after just one month the filler wears off.

Wrapping up the video, Jas added: “But yeah, this was an expensive f*****g lesson.”

“Self love is cheaper init,” she captioned the video.

And people couldn’t agree more, one wrote: “Thank you for sharing, must take such guts. Didn’t even know this surgery was a thing.”

Another commented: “Thank you so much for being honest about this. Been considering it for years, after you’ve mentioned pain level defo not bothering.”

A third penned: “I felt this too! They numbed it but I could feel the movement of the needle and it made me want to vom, it felt horrible.”