And they’re off! Moment ‘sad’ holidaymakers make 9am dash to lay their towels on sunloungers at hotel pool in Majorca

By Jack Newman For Mailonline

Every holidaymaker knows the struggle in trying to secure the perfect sun lounger for a day of relaxing by the pool.

But these tourists were leaving nothing to chance as they desperately scrambled to reserve their dream spot.

Footage shared on TikTok shows the horde decked out in their hats and towels ready for a day of basking in the Majorcan heat. 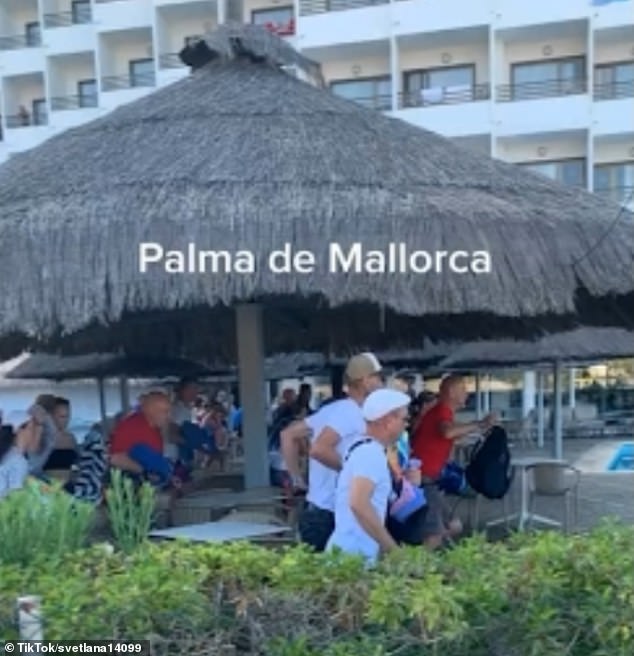 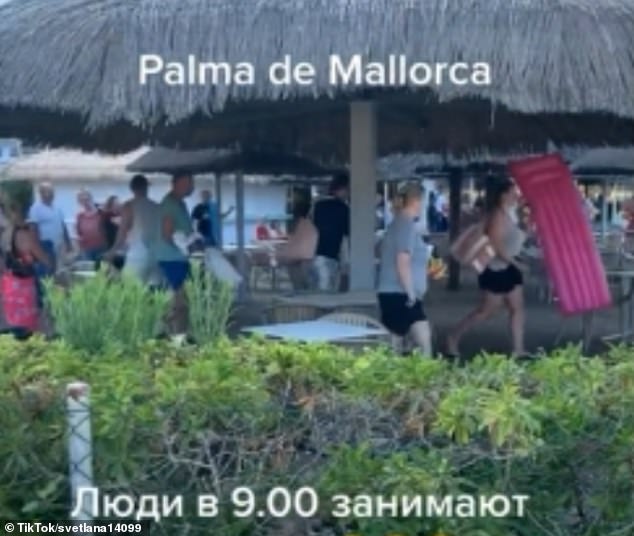 As soon as 9am struck, the competing holidaymakers started to run beside the pool adjacent to the hotel to lay their towels down and reserve their loungers.

Some appeared to be sprinting at full speed as they overtook others in the mad rush for the limited seats.

The video has been viewed millions of times online with one person commenting: ‘That’s really sad that people would go to that lengths just to get a chair at the pool.’

It is no surprise that tourists are making an early morning dash for the sunspots with Europe in the grips of another sweltering heatwave.

France is in the midst of its fourth heatwave of the year while Spain announced that July was its hottest month in six decades.

National weather agency Meteo France said the heatwave began in the south and is expected to spread across the country and last until the weekend. 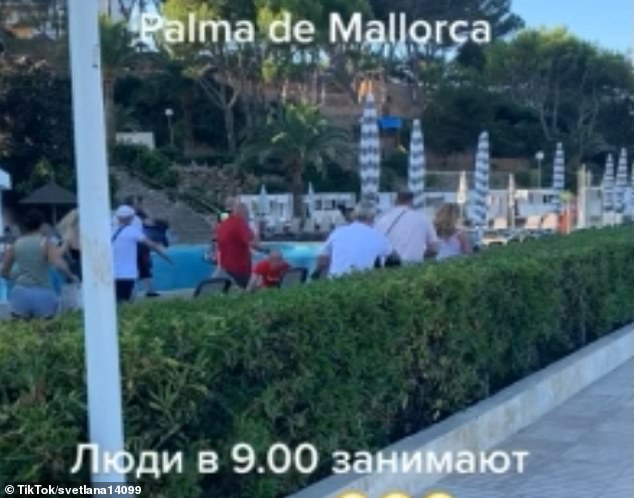 As soon as 9am struck, the competing holidaymakers started to run beside the pool adjacent to the hotel 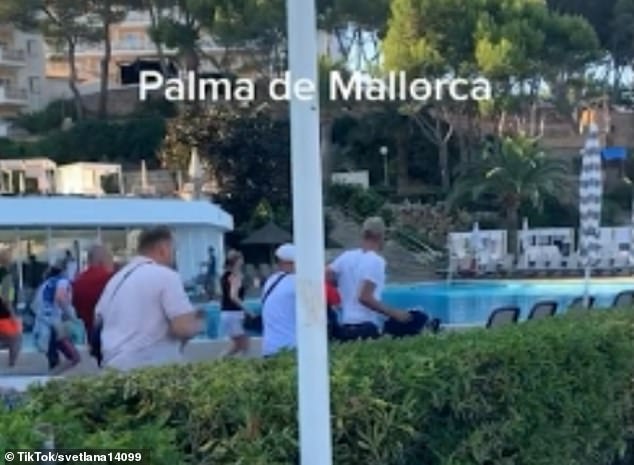 The southern half of France expects daytime temperatures of up to 40C (104F) and they will not drop below 20C (68F) during the night.

The high temperatures are not helping firefighters battling a wildfire in the Chartreuse Mountains, near the Alps in eastern France, where authorities have evacuated around 140 people.

Meteo France said this week’s heatwave will not be as intense as the one last month when several regions experienced record-breaking temperatures.

But the high temperatures come during the most severe drought ever recorded, according to the government. Last month was the driest July since measurements began in 1959.

Meanwhile, Spain’s national weather agency said the country has never had a month as hot as July in more than six decades. 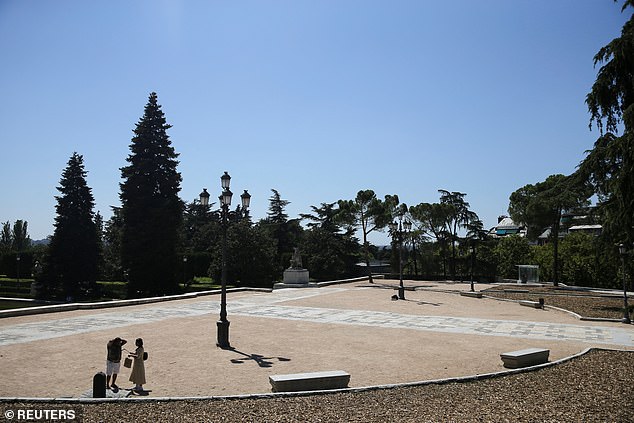 For the first time since records started in 1961, July registered an average temperature of 25.6C (78F) – 2.7C above the recorded average for any previous July.

The southern Andalusian town of Moron de la Frontera posted the highest temperature of the month with 46C (115) on July 24. The north-west Galicia region posted a record 44C (111F) in Ourense city.

The extreme heat and lack of rain has caused many wildfires and worsened drought in many areas.

The European Forest Fire Information System says 2022 has been the worst year so far in terms of scorched territory and the number of fires for Spain.

One ale of a view! The best British seaside pubs you can stay the night in, from Cornwall to Wales