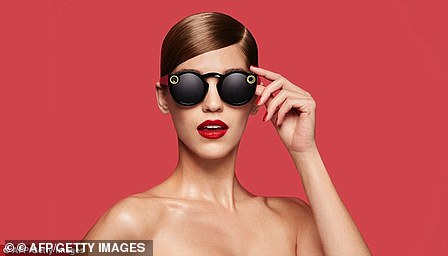 Snapchat launched its first piece of hardware in 2016, in the form of its first generation Snap Spectacles.

The smart glasses retailed at $129.99, and featured a single camera on one side, from which users could record footage with a 115-degree field of view.

The second generation Snap Spectacles were launched in June 2018, costing $150.

Unlike the first generation Spectacles which could only record footage, the second generation were able to shoot photos.

Snaps captured on the smart glasses transferred to the Snapchat app four times faster than the first generation, and always in HD. 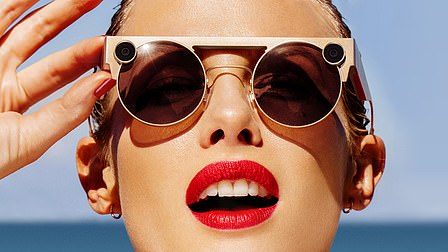 Snapchat took things up a notch in 2019, with the launch of its third generation Spectacles, which are still available now for $330.

These glasses have two cameras – one on either side –  that can capture 3D photos and videos at 60 fps.

Finally, in 2021, Snap unveiled its ‘next generation’ Spectacles, which are the first to feature augmented reality.

The Spectacles feature dual 3D waveguide displays and a 26.3° field of view, which realistically place Lenses right before your eyes.

Dual stereo speakers add audio to these experiences, making them even more realistic, while two built-in cameras allow you to record exactly what you’re seeing.

Unfortunately, for now, the next generation Spectacles are not on sale, and only a few lucky content creators have been able to get their hands on them. 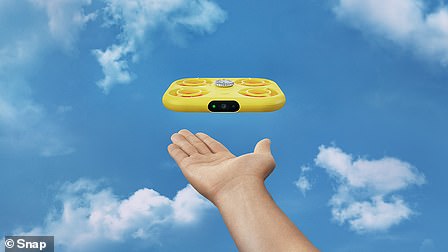 In April 2022, Snap launched a new piece of hardware – a flying camera.

The flying camera, called Pixy, was unveiled at Snap’s Partner Summit, and is described as a ‘free-flying sidekick that’s a fit for adventures big and small.’

Pixy does not require a controller or any set-up, and instead operates on its own, snapping selfies for you before landing in your palm.

With a price tag of $229.99, Pixy is designed to be a companion to Snapchat, with videos filmed wirelessly transferring and saving into the Snapchat app.

Evan Spiegel, co-founder and CEO of Snap, said: ‘Everything you need to capture the spontaneity and fun of the moment from new perspectives is right in the palm of your hand. With the simple tap of a button, Pixy takes flight and joins you on your journey.’