A TIKTOKER has detailed her experience in getting a manicure and pedicure at a nail salon in Walmart.

While she enjoyed the pedicure, the content creator claims that she walked out before the technician could finish her nails, saying the manicure was a “no-go.”

Abby @abby_thee_stalion said that she went to a Regal Nails Salon & Spa located inside Walmart in Mooresville, North Carolina with a friend.

Her TikTok video with almost 5million views starts with her walking through Walmart.

She showed off her and her friend’s completed French pedicure in the video while adding that they were “so cutie!” 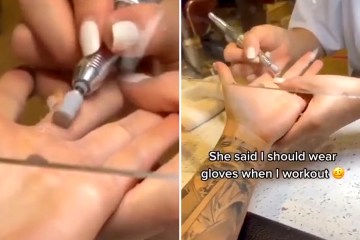 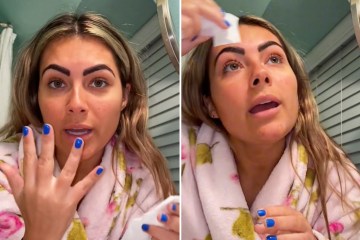 The video then moves on to the manicure in progress, but she didn’t show the end result.

“In conclusion, they looked so bad that we had pay for our pedis AND DIP,” the video text said.

The video features an image of the nail design that she reportedly asked the tech to achieve.

Abby said in the comments: “For everyone wondering why I didn’t show the nails it’s because she clearly did not understand the vision so I had her take the tips off and I left.”

Some TikTok commenters were surprised by her experience with the manicure.

“i’ve never had a bad experience here,” one person wrote. “i won’t go anywhere else for my nails.”

Another person added: “if that’s the one in mooresville i literally go to tracy every 2 weeks and she’s perfect … never had a bad set.”

Others shared their experiences at Regal Nails in other Walmart locations.

“I wish I could post pics of the one from where I live … she literally does the best nails I’ve ever seen,” one person commented.

Another said: “Bro my Walmart regal nails is so fire.”

A lot of people in the comments of the video said they could only trust one nail technician in their local Regal Nails salon.

“Girl the only person I trust in that salon to do my nails is Mike!! 10/10 recommend him,” @toribentivegna added under Abby’s TikTok video.

The Sun contacted Regal Nails General Counsel Van Lam for comment but did not receive a statement by the time of publication.