‘If you build it, they will come’: Baseball fans flock to tiny Dyersville, Iowa for annual Field of Dreams MLB game, with Chicago Cubs taking on the Reds in picturesque cornfield made famous by iconic 1989 movie

By Tyrell Feaster For Dailymail.Com

Major League Baseball played its highly-anticipated Field of Dreams game in tiny Dyersville, Iowa on Thursday, as the Chicago Cubs took on the Cincinnati Reds.

The game has become a fans’ favorite after MLB made the decision to host a game on the field inspired by the beloved movie ‘Field of Dreams’, released in 1989.

Both teams wore throwback uniforms for the game, with the players walking out from the cornfield to enter the field ahead of the first pitch.

The players were also clearly excited for the occasion, with many seen posing for pictures in the same manor as fans during pregame warmups and festivities. 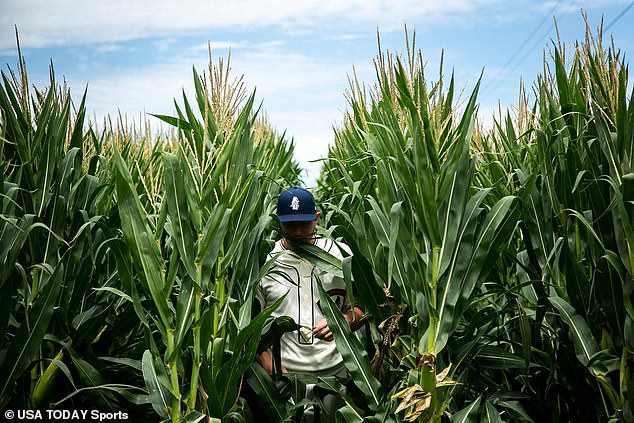 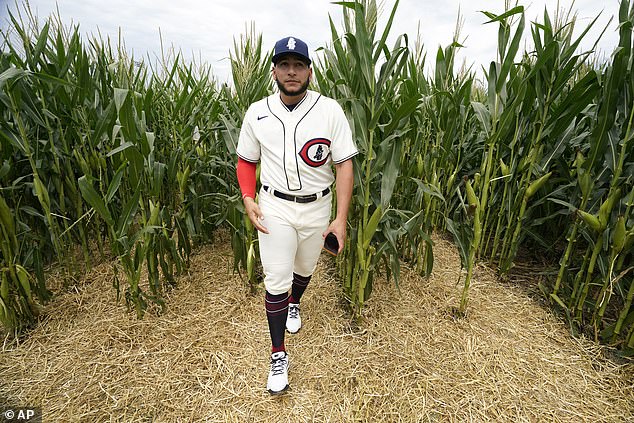 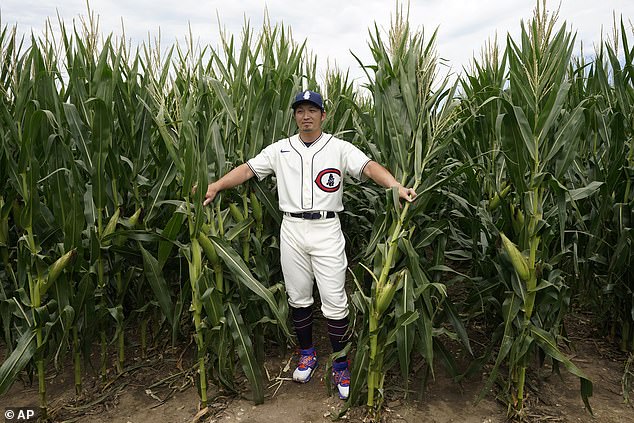 One of the most famed parts of the movie involves when legendary players finally walk out of the cornfields that sit beyond the outfield.

Not only do fans love seeing this but players familiar with the movie love reenacting this scene, envisioning themselves as one of those players from the famed movie.

MLB strategically capitalized on this aspect and made it the annual introduction to the game. 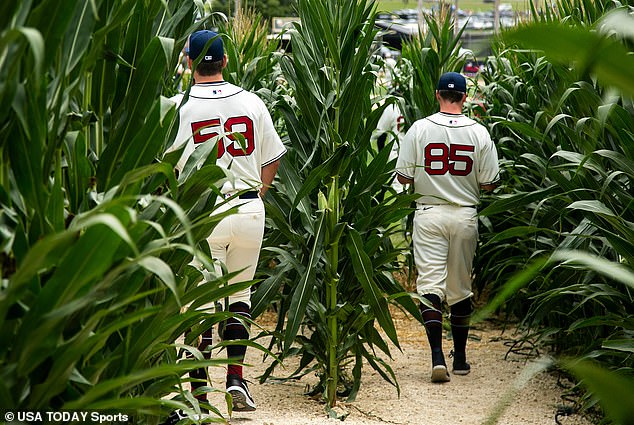 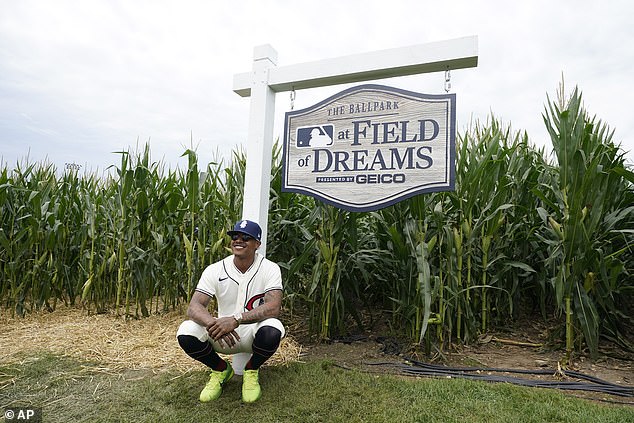 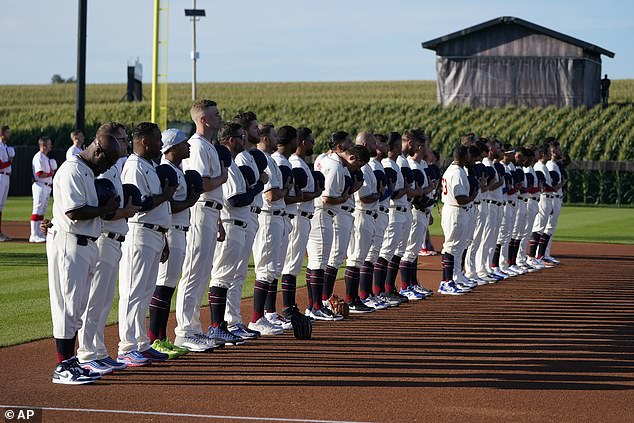 Players lineup in infield for the national anthem, inside a very different stadium to their usual

Tickets are also very hard to come by, with the capacity of the venue in Dyersville standing at just 8,000, with the initial first refusal going to local residents.

Some tickets were being resold earlier this week for a staggering $4,582 each, far higher than the average ticket price for a Cubs-Reds matchup.

In the game itself, the Cubs got off to an impressive start, taking a 3-0 lead in the first inning, with no reply forthcoming from the Reds. 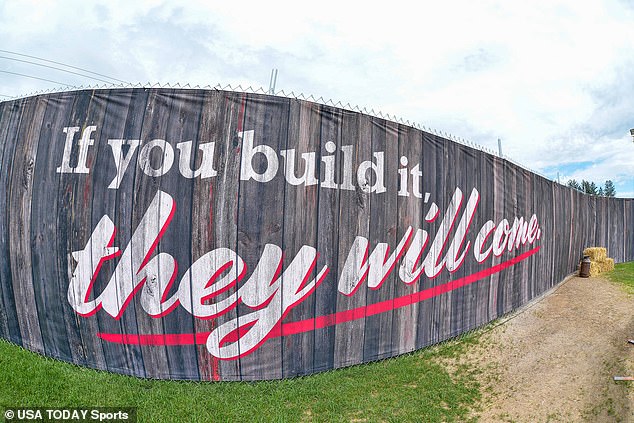 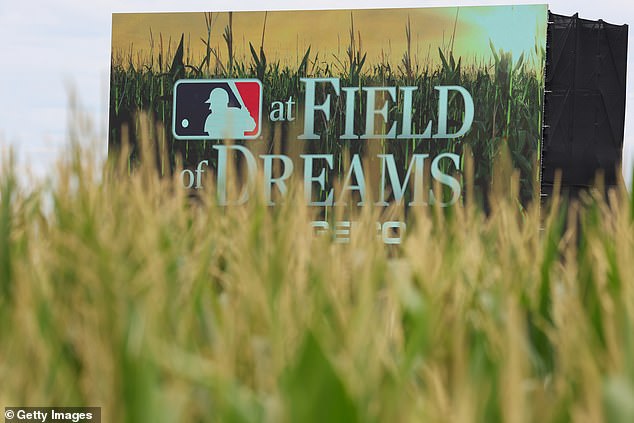 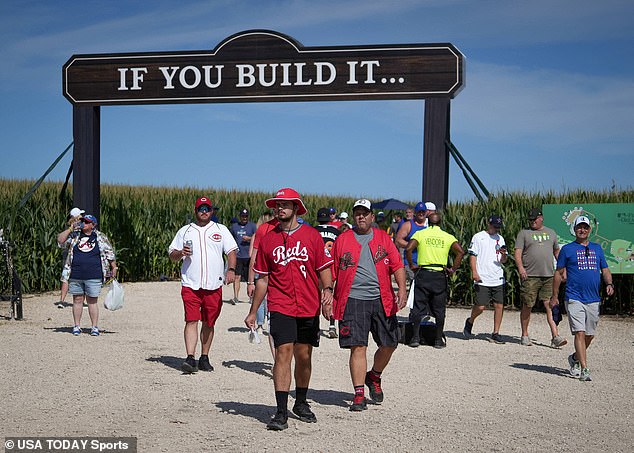 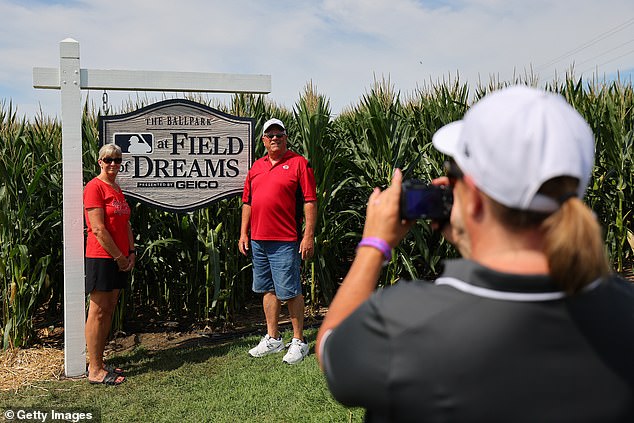 Kenan Thompson receives star on the Hollywood Walk Of Fame