CELEBS Go Dating is returning to E4 as a new crop of single stars are on the hunt for love.

The dating agency has opened its doors once again to some very familiar faces – with Hollyoaks’ Gary Lucy, Love Island’s Laura Anderson and singer Sinitta all taking part in the upcoming series.

Laura, 33, joined the line-up not long after her split from pop star Dane Bowers.

The pair had been together for five years and lived in Dubai, before they ended their relationship.

But it appears Laura is ready to get stuck into the dating scene again as she filmed alongside Anna Williamson and Tom Read Wilson.

The reality star sported a stylish blouse and skirt whilst chatting to a fellow singleton. 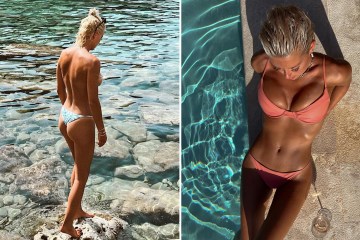 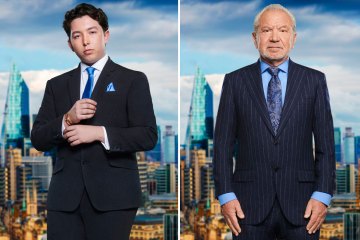 Meanwhile, Footballers Wives star Gary, 40, looked smart in a suit blazer as he spoke to a mystery brunette.

Sinitta, 58, also appeared in good spirits as she was pictured deep in conversation on a date.

The singer and mum-of-two pulled out all the stops in a bright yellow jumpsuit during filming in Dulwich, London.

Other celebrities taking part in the series include, The Apprentice’s Navid Sole and Geordie Shore’s Bethan Kershaw.

Meanwhile, Towie star Pete Wicks is returning to film the show for the third time running.

Pete, 33, has enjoyed a series of short-lived romances over the years but pals said he has failed to find someone to spend his life with.

A source said: “Pete is going back onto Celebs Go Dating for a third series to see if they can find him a match.

“It is third time lucky for Pete and he thinks this time could be luckier for him than before.

“Obviously the agency has their work cut out with finding Ms Right for Pete and they will be pulling out all of the stops.”

It comes days after the Celebs Go Dating cast were spotted filming at the agency in London.

Do you have a story for The Sun Showbiz team?