Maid of dishonour! Moment woman, 20, spoils elegant entrance at her brother’s wedding by tumbling down the stairs when her heel got stuck

By Claire Toureille For Mailonline

Watch the moment this woman was left red-faced as her high heels caused her to fall down some stairs at a wedding.

Viktoriya Shilova, 20, was trying to get a beautiful video of herself walking down the set of stairs at her brother’s wedding near St Petersburg so she could upload it to her social media.

However, disaster struck when her stiletto got caught in a ridge of the wooden staircase, causing her to fall down.

Viktoriya, a thermal power engineering student, said: ‘It was my brother’s wedding on July 14 and we had to go down a flight of stairs to go down to the wedding venue. 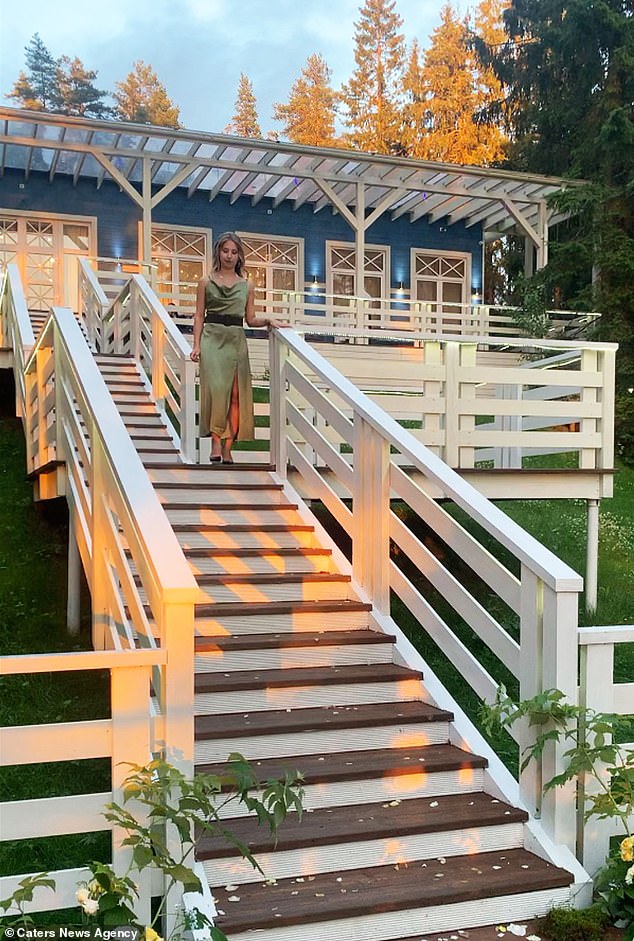 Viktoriya Shilova, 20, was filmed tumbling down a flight of stairs at her brother’s wedding in a hilarious video 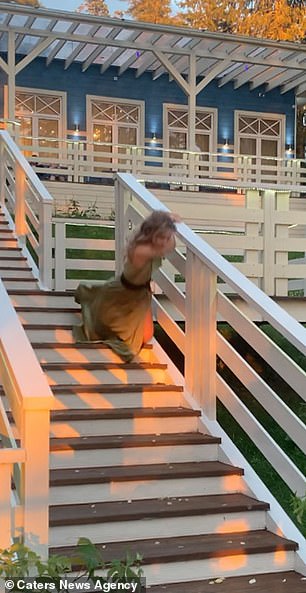 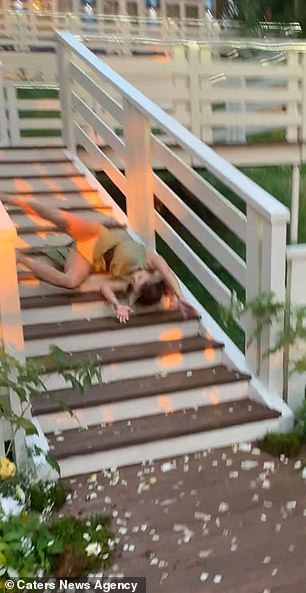 Viktoriya explained she wanted to take a picture of herself on the stairs for her social media, however, her heel got stuck, and she flew down the flight of stairs

‘It was a beautiful setting and I wanted a video of myself walking down the stairs.

In the hilarious clip, poor Viktoriya can be seen coming down the stairs, until she realises her heel is stuck.

She struggles to dislodge it from the step, holding on to the stair banister to keep her balance.

Unfortunately, the stairs got the best of her and she was filmed taking a dive head first. 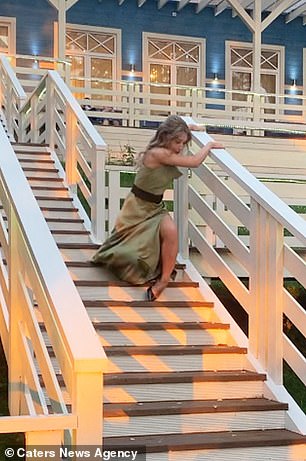 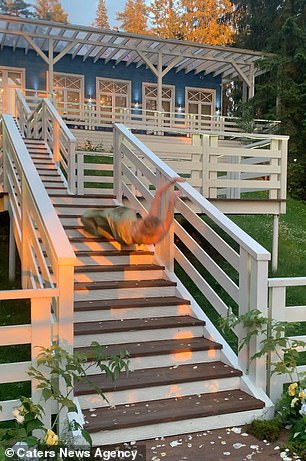 The wedding guest can be seen holding on to the bannister for dear life, before tumbling down the stairs head first. Thankfully, she did not sustain any serious injuries 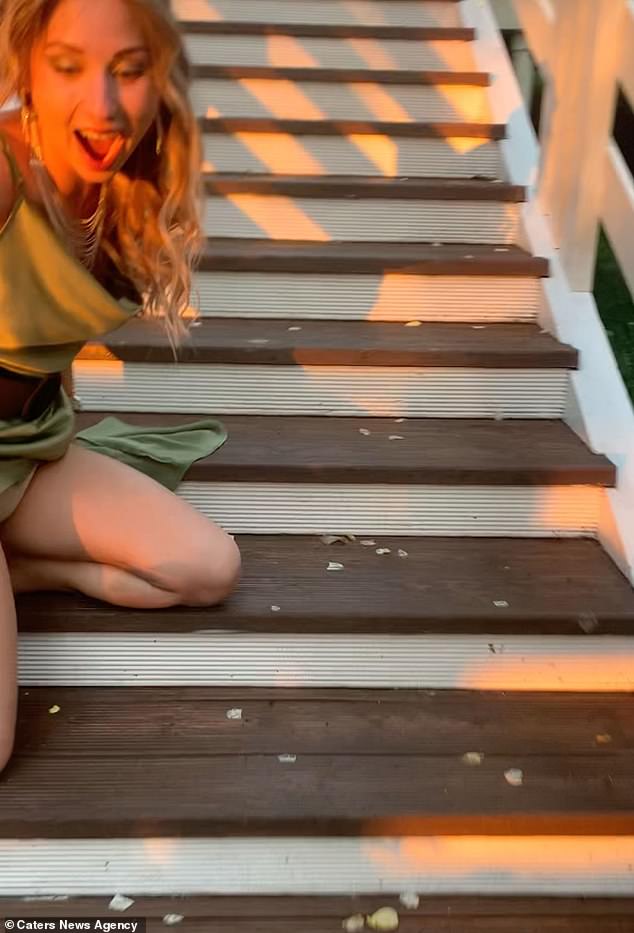 Even though she hit her head hard during the commotion, Viktoriya immediately was able to see the funny side 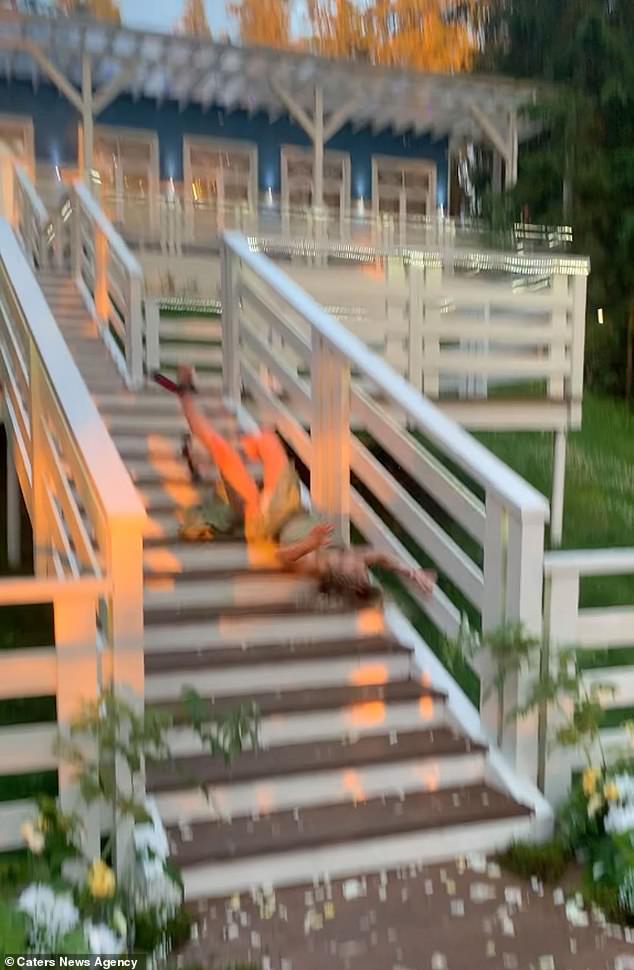 ‘My heel got stuck and I ended up flying down the stairs.

Thankfully, Viktoriya escaped the fall unscathed, save for ‘lots of bruises’ and a hit to the head.

‘I was just glad I was alive and hadn’t ripped my dress,’ the wedding guest said.

She got her heels back and was soon able to see the funny side of her misadventure.

‘Everyone found the video hilarious, and luckily I took it in humour too,’ she said.

And she revealed that most people reacted with sweet concern to her fall, asking if she was alright.

‘People were also asking if I was alright, which was nice.’ 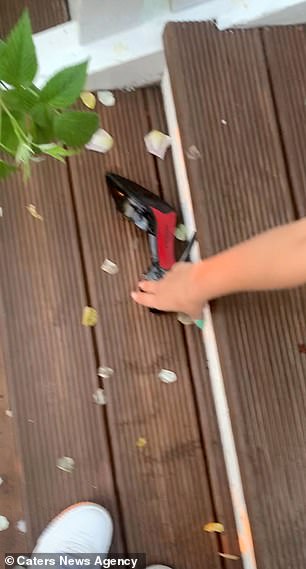 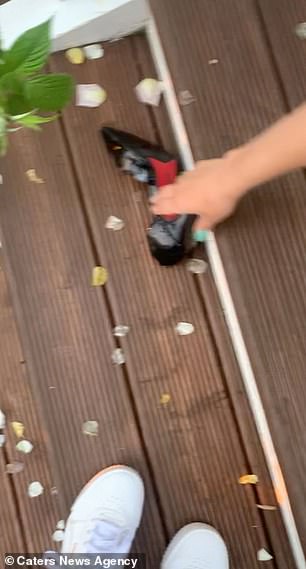 After recovering from her fall, Viktoriya went to collected the black heel she had lost during the commotion 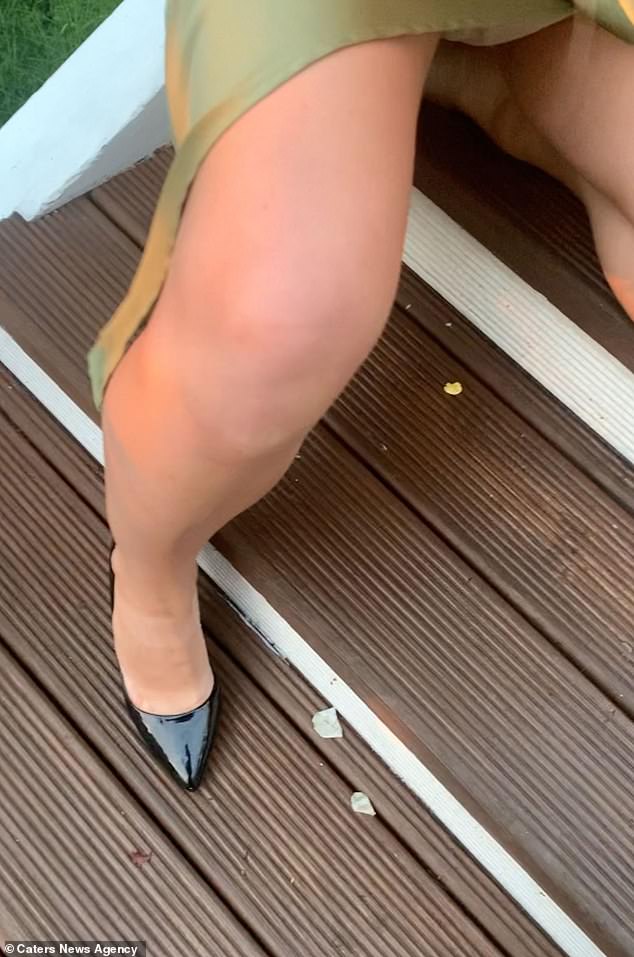