The Roosters started all guns blazing versus the Cowboys on Saturday afternoon at the Sydney Cricket Ground as they continue to build momentum before the semi-finals.

In moving scenes pre-game, both NRL squads paid their respects to Paul Green, who died suddenly this week in Brisbane.

Green, 49, guided North Queensland to their first – and only – NRL premiership in 2015, with his shock passing rocking the sport. 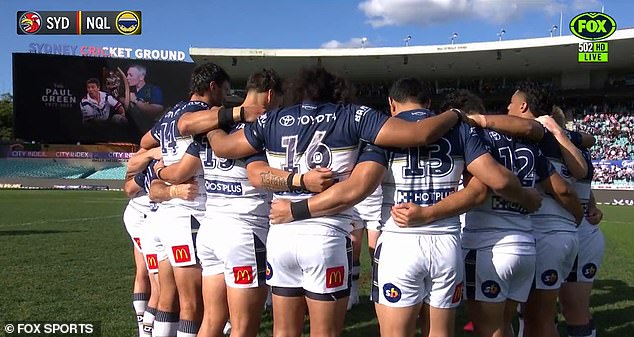 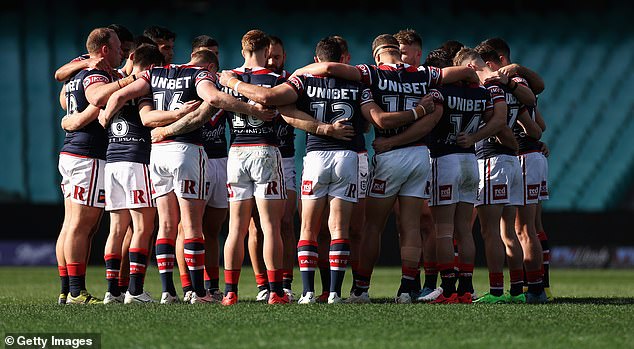 He also played for the Roosters in 2001 and 2002 and then coached the Tricolours under-20s team in 2013, before helping Trent Robinson land the title in his first season in charge.

Gun Chooks winger Joseph Suaalii crossed in just the third minute following a double pump from Victor Radley and prop Matt Lodge then found the stripe after running onto a crisp ball from Nat Butcher.

The Cowboys responded before halftime with a four pointer from winger Murray Taualgi, with Val Holmes nailing the conversion – only to see the hosts wrestle back control with a late effort from Daniel Tupou which saw a 14-6 lead at the break.

Pre-game, Cowboys coach Todd Payten said his team will look to honour Green by performing as a unit.

‘We need to start well and try and limit their threats,’ he said. 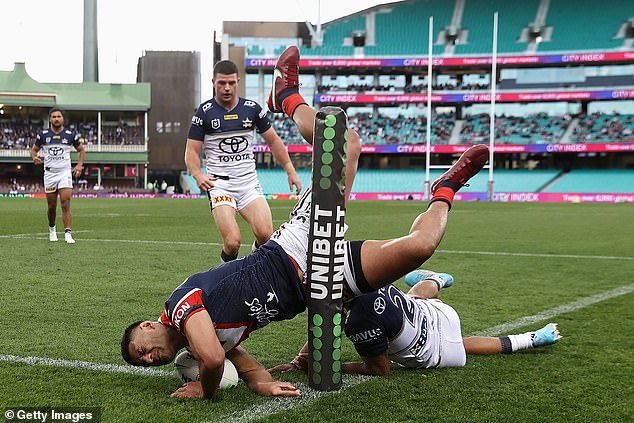 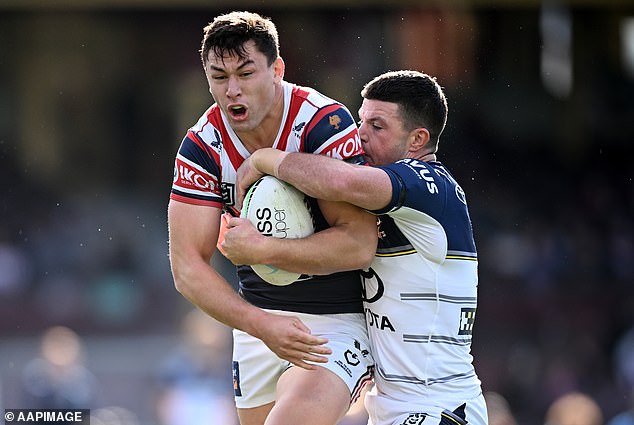 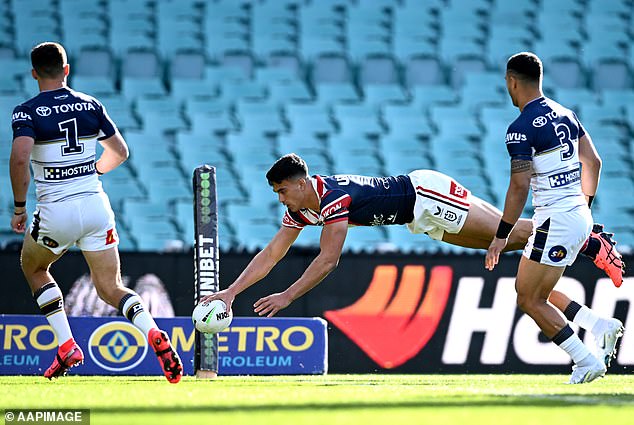 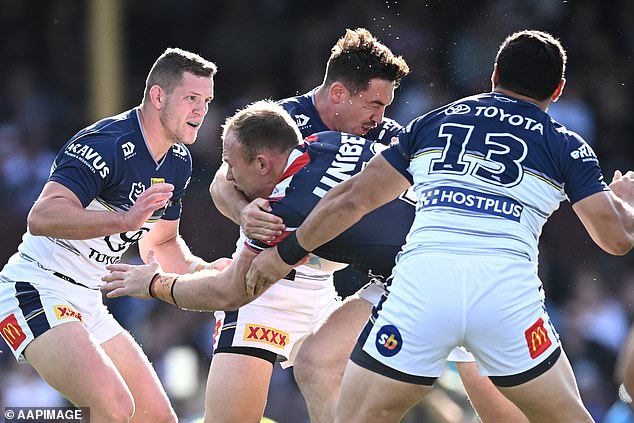 ‘Teddy (James Tedesco) is always a danger, we need to on red-alert for him.

‘We are feeling for the Green family and the guys are keen to play well.’

In an action packed second half, Sam Verrills threatened to put the contest out of reach for the away side when he darted over in the 52nd minute.

The Cowboys weren’t having that, responding moments later via dummy half Reece Robson for a 20-12 score line on the hour mark.