A Los Angeles-based doctor that specializes in sports science says Erik ten Hag has risked injuring his Manchester United players by making them run 13.8km in the heat on their day off.

Sportsmail reported how a furious Ten Hag made his team cover the exact distance which Brentford outran his side by when the Bees defeated United 4-0 in Saturday’s late game – the shock result of the Premier League weekend.

The Dutchman scrapped the planned day off for the Red Devils in order to unleash his wrath on the team but according to Dr Rajpal Brar, he has risked doing more harm than good to his players.

Responding to the reports at first on Twitter, Brar said: ‘If true, I’m assuming the sports science & physio staff intervened. That’s how you get players into the red zone and/or injured.’

The ‘red zone’ is when an athlete reaches 90-100 per cent of their maximum heart rate, meaning they are also at maximum effort and exertion.

And later, speaking to Sportsmail, Dr Brar expanded on his thoughts: ‘In terms of rest/recovery and injury risk – think of your body like a bucket.

‘Activity adds water to the bucket whereas rest & recovery removes it. With the wrong balance of the two, the bucket will overflow (or on the other end, be bone dry which you also don’t want). 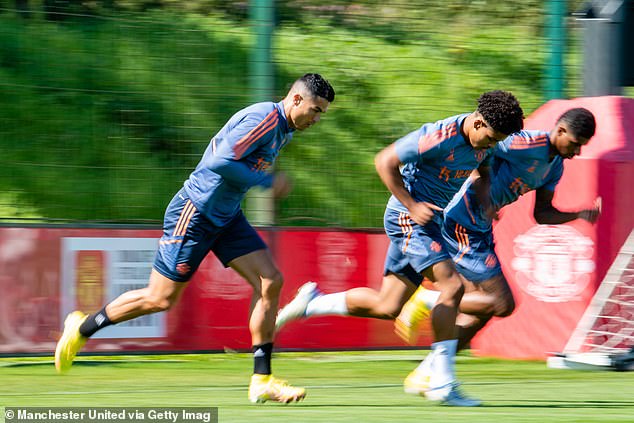 Ten Hag made the United squad run 13.8km – how much Brentford outran them in the defeat 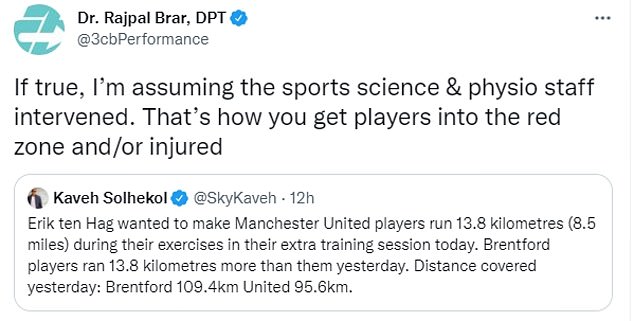 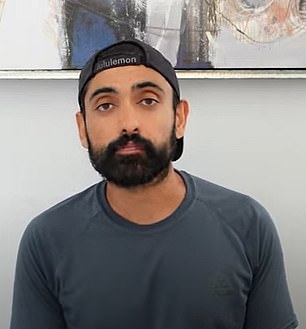 ‘Playing in a high level football match adds significantly to that bucket and adding another day of running on the day after – there’s a reason it was a scheduled rest day – can lead to that overflow and potential injury risk. Maybe not during the session but in following matches. The ‘red zone’ is essentially that state of high fatigue & raised injury risk.

‘Elite footballers’ activity & physical/mental state is closely monitored by the sports science & medical teams for a reason & training programs, lineup decisions, etc are tailored around them.’

Ten Hag arrived early at United’s Carrington training base on Sunday to put the United team through the ringer before leading an inquest into the Brentford result.

The temperature was 30C in Manchester on Sunday – 86 Fahrenheit.

But Ten Hag has to find answers to his team’s awful play, and fast. United faces fierce rival Liverpool next on Monday, August 22 at Old Trafford and Jurgen Klopp’s side beat United 5-0 there last season.

There have been concerns over the standard United has been training at in recent weeks and those worries were compounded by Saturday’s emphatic defeat that puts United last in the Premier League standings.

There are also fears that Cristiano Ronaldo’s attitude is having a negative impact.

Although Ronaldo is said to be training well, he exchanged words with Ten Hag’s No 2 Steve McClaren at the final whistle after refusing to applaud United’s travelling fans at Brentford. There is a feeling that his mood is having a negative effect on the dressing room.

However, United have dismissed suggestions that Ronaldo’s contract could be cancelled, and reiterated that he is staying at the club.

It comes after the season started with a 2-1 loss to Brighton at Old Trafford and Ten Hag is now the first United manager in over a century to lose his first two games.

He was visibly furious with the performance of his team on Saturday night.

‘We have to deliver and we didn’t. We have to change, that’s quite clear.

’35 minutes you concede four goals. It is not possible. The team has to take the responsibility. I feel really sorry for the fans. We let them down.’ 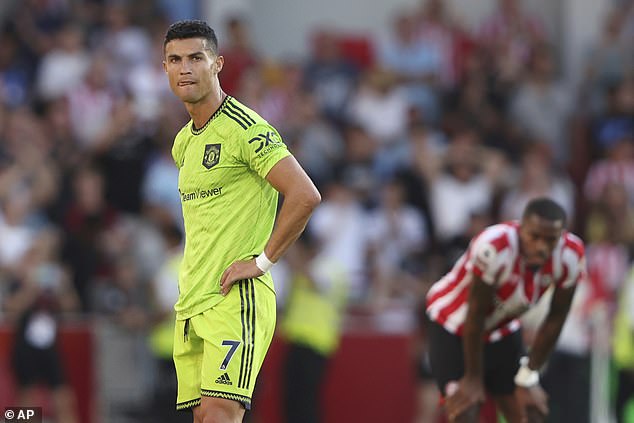 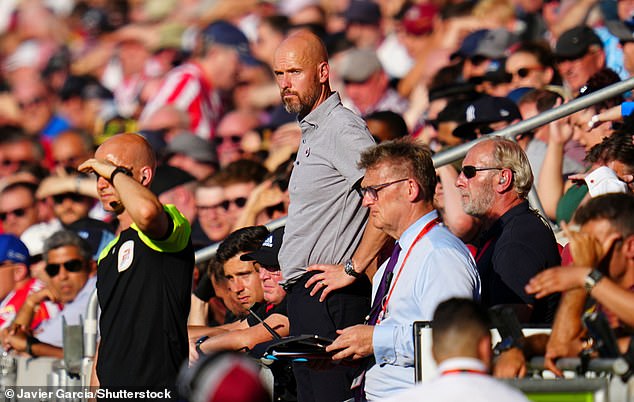 Club chiefs have so far failed in their attempts to hand their new coach the players he has asked for during the summer transfer window, with their hunt for Frenkie de Jong still ongoing.

‘He’s probably sitting there thinking “I’ve been sold a dummy here. I didn’t know I was coming into this”. Confidence, I know, was going to be low.

‘He knew that but he thought “I’ll be able to rebuild that,” but obviously the players are not at the standard required. Simple as that.’

As for the De Jong pursuit, Ferdinand said: ‘We’re almost wh**ing ourselves out for this player. 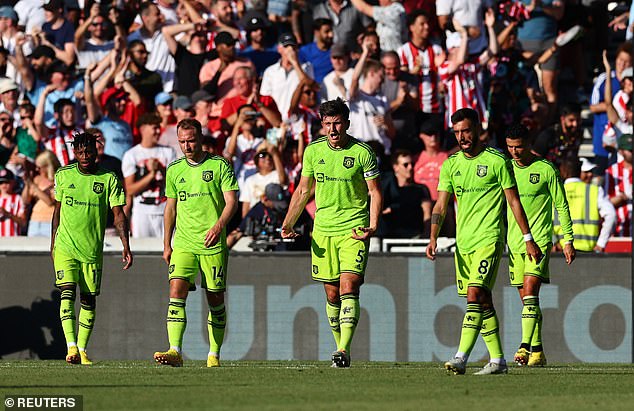 ‘Do you think Klopp or Pep or Sir Alex or Jose would be following around a player like this? They wouldn’t be doing that!’