LAST night’s episode of Countryfile was branded as “X-rated” content and “pure fifth” by fans after the show depicted four scenes of animals mating.

In the latest instalment of the agricultural show, which aired on Sunday night, presenter Hamza Yassin set off in search of red deer fawns, but saw much more than he expected.

Upcoming Strictly star Hamza, 29, took to the bonny hills of the Scottish Highlands in last night’s episode of Countryfile.

He was searching for young red deer fawns and trekked almost 10 miles to find two siblings playing close to their mother.

However, Hamza saw several other groups of red deer before he was able to see the fawns up close. He used some antlers which had fallen off as clues to track them, and followed the path of the river so they couldn’t hear him coming.

The first herd he saw was a group of young deer and stags. To the presenter’s surprise, two of them started mating in front of him.

He added: “It’s not the time of year, it’s the middle of summer. Maybe he is just practicing.” 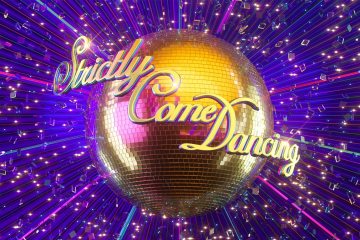 To fans’ shock, this wasn’t the only mating scene Countryfile showed last night.

One was a mating between a pair of grey partridges who, as Richard noted, were on the brink of extinction only a decade ago, but numbers have slowly started to rise again.

Richard suspected he was going to see their pair mating after he watched the female flatten herself to the ground.

“The male has just got on top of the female, he’s pecked her by the back of the head, pulled her head up, and that’s grey partridge mating,” he explained.

“I have never seen that before!” the presenter added excitedly.

However, the scenes were too much for some viewers who took to Twitter to discuss the raunchy scenes.

A second fan said: “What’s going on Countryfile? So much mating.”

Countryfile fans were not expecting this much animal mating when they turned on the BBC show.

“There was a lot of bird sex tonight. Partridges were at it too. #disgusting,” another fan added, to which another viewer replied, “[that’s] certainly not what I pay my licence fee for.”

Countryfile continues next Sunday on BBC One at 7pm.

When Britannia ruled the RAILS: Book reveals how Britain exported the railway around the globe