BARCELONA have been slammed for their “mafia” treatment of Manchester United and Chelsea target Frenkie de Jong.

Xavi Hernandez claims the midfield playmaker has a huge role at Barcelona this season.

But behind the scenes, club president Joan Laporta has tried putting the squeeze on De Jong by making him take a major pay cut.

That’s despite the club splashing out on expensive new signings including Robert Lewandowski and Raphinha. 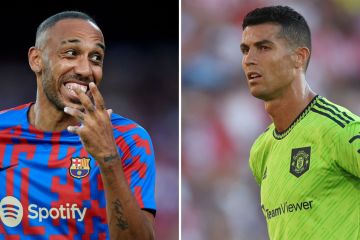 And Barca are now threatening to take legal action unless De Jong backs down.

The situation has led to Chelsea and Man United both vying for the ace’s signature.

Incredibly, De Jong’s preference is to REMAIN at Barcelona despite his treatment there.

But one man who won’t shy away from what’s been going on is compatriot Van der Vaart.

The decorated attacker, who spent two seasons at Real Madrid, has hit out at Barca for their unfair tactics against De Jong.

He believes the star is absolutely entitled to the contract he signed with the Catalans.

And if there was a problem, it could easily have been resolved had Barcelona not taken such a hard stance from the outset.

“This is mafia and they must be punished.”