Police are investigating the murder of a 31-year-old football fan in Zimbabwe who was killed with a machete after an argument over Manchester United’s 4-0 loss to Brentford.

Vukile Nkomo, 31, was reportedly murdered after watching the football game in Fingo Bottle Store with his brother in the rural village of Mbembesi on Saturday night.

Nkomo was trying to defend his brother who was having an argument about the match with another fan. 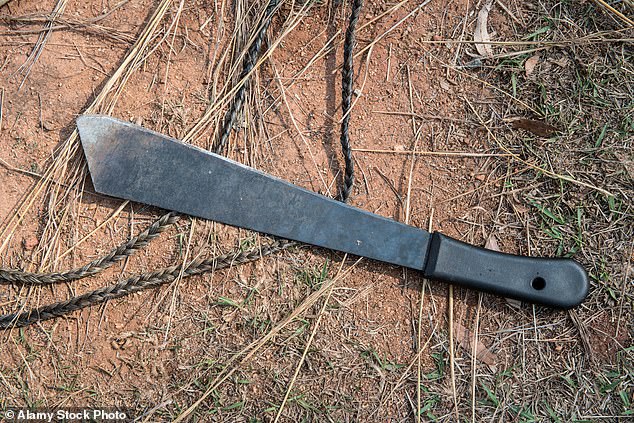 Stock photo: A machete is pictured lying on the ground in a wildlife sanctuary. A 31-year-old football fan in Zimbabwe who was allegedly murdered with a machete after Manchester United lost 4-0 against Brentford.

Manchester United were four goals down by half-time. Combined with defeats against Brighton (0-4) and Crystal Palace (0-1) in their last two games of 2021-22, the Red Devils have lost four consecutive league games for the first time since February 1979.

After the match was over, the brother and a man named Sthembelani Tshuma reportedly got into an argument over the game.

Nkomo’s killer left the bottle store in a fury, heading home directly to collect his machete on August 13.

He returned and struck Nkomo with the blade later that evening, according to Sunday News.

His brother escaped to a nearby shopping mall to try and find police officers to save Nkomo.

But when they returned, he was lying dead in a pool of blood. 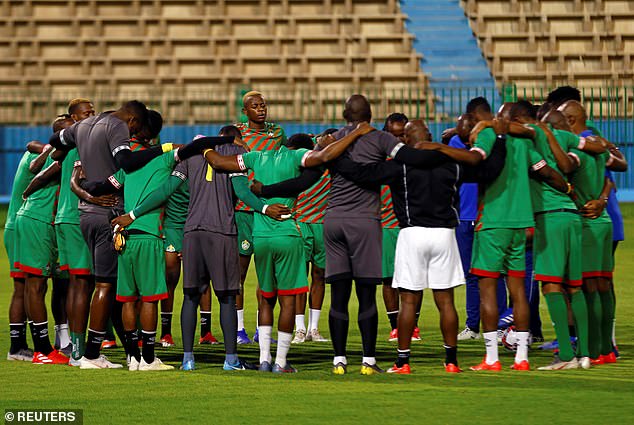 Football is by far Zimbabwe’s most popular sport. Zimbabwe’s team is pictured gathering before the start of their training for the Africa Cup of Nations in 2019

Tshuma, who is facing charges for the murder, is on the run and wanted by police for questioning.

Police are appealing to the public for information that might lead to his arrest.

Football is by far Zimbabwe’s most popular sport, with English Premier League being shown in venues all across the country.

The country has two professional football leagues of its own, the Zimbabwe Football Association, and the Zimbabwe Premier Soccer League.