Pernilla Sjoholm, one of the victims defrauded by the ‘Tinder Swindler’, has revealed that she is expecting twins in an ad for a dating app.

Without revealing who the father is, Sjoholm touches her bump in the video in a simultaneous announcement of her pregnancy in an advert for rival dating app Wingman.

The man who went under the alias Simon Leviev — better known as the ‘Tinder Swindler’ — claimed to be the son of a diamond merchant, but was in fact a con artist called Shimon Hayut.

Shimon Heyada Hayut, 31, from Israel, found notoriety after a 114-minute Netflix documentary exposed how he ruthlessly conned women he had met on Tinder out of an estimated £7.4million.

Sjoholm, a 33-year-old from Sweden, was one of those women. But she’s not the only victim to feature in the commercial. Cecilie Fjellhoy, who also fell prey to the swindler, also appeared in the advert.

The crook took between $50,000 and $60,000 from Sjoholm after lying that he needed the money because his life as under threat.

At 35, he left her bankrupt and forced her into moving in with her mother because of her financial loss, according to GQ Magazine. 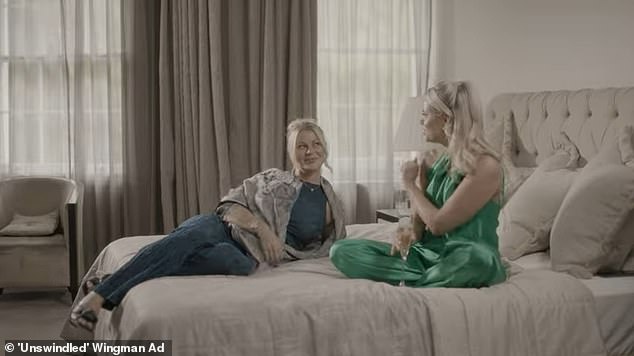 In the advert, defrauded Pernilla Sjoholm, left, and Cecilie Fjellhoy, right, talk about their dating life after being conned by the Tinder Swindler 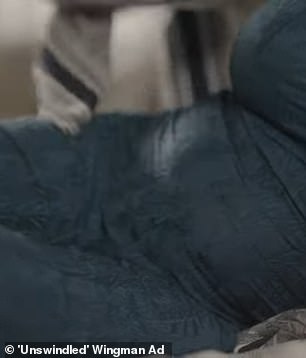 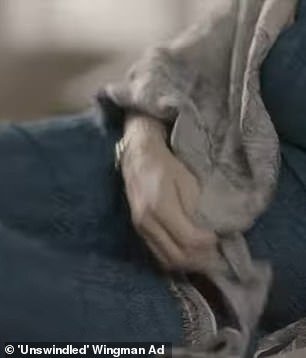 Sjoholm then touches her bump, revealing that she is expecting twins in real life 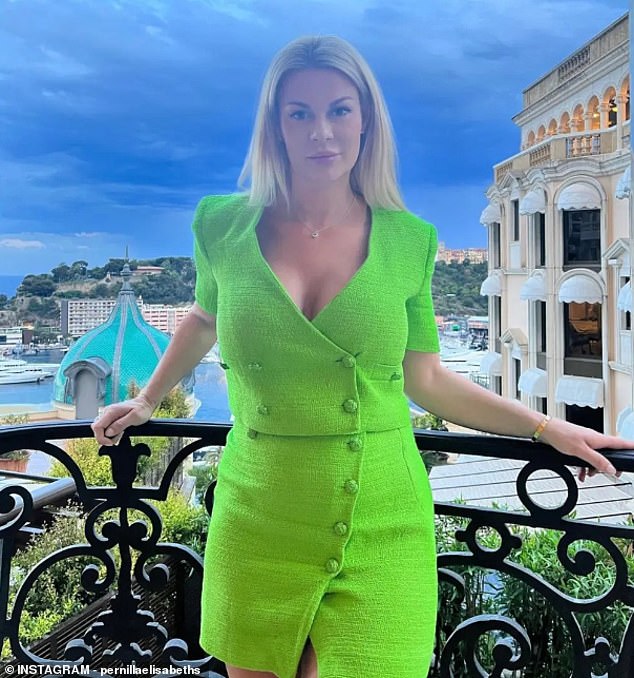 Pernilla Sjoholm, one of the victims defrauded by Simon Leviev, has revealed in an advert for a new dating app that she is pregnant with twins. She is pictured in a photo from her Instagram 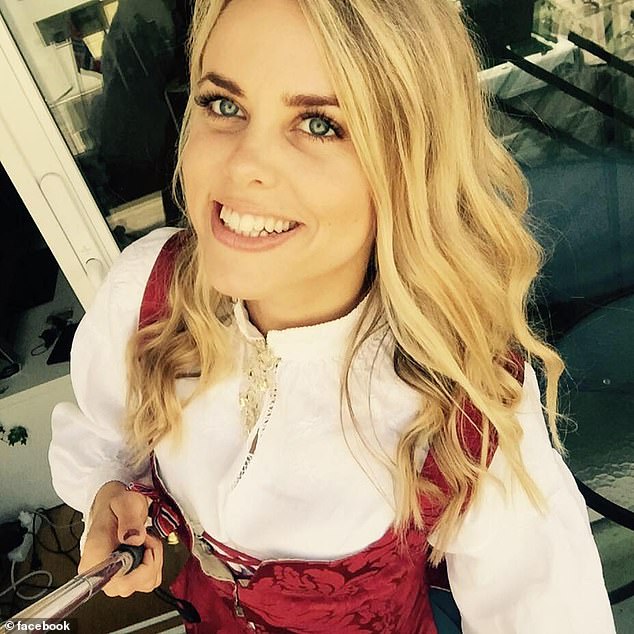 But Sjoholm wasn’t the only one to fall victim to the Tinder Swindler. Cecilie Fjellhøy, pictured, also appeared in the advert. Fjellhøy was left with more than £200,000 worth of debt after taking out credit card loans to get him out of trouble, all of which was fabricated

In the app, co-workers, friends and family members vet potential matches by writing reviews and recommendations — a feature that would likely have exposed the swindler’s true motives had the victims been able to use it.

The commercial imagines how the lives of both Sjoholm and Cecilie Fjellhøy would be different if they had used Wingman instead of Tinder.

‘We got screwed over, I’m never doing online dating ever again,’ Sjoholm starts the video by saying. 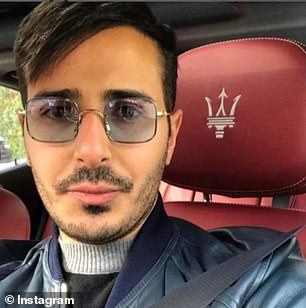 Shimon Hayut, the ‘Tinder Swindler’ was sentenced to two years in prison in Finland and 15 months in prison in his native Israel, rulings that come as he still waits for the outcomes of fraud charges in several countries

‘I wish we could go back in time,’ she adds.

The advert proceeds to do just that, showing the ladies in a spa about to start swiping right on Tinder – when they are interrupted by another spa attendee who introduces them to Wingman instead.

At the end, the flash-forward shows Fjellhøy as engaged and Sjoholm pregnant with twins.

But it wasn’t all fantasy. Sjoholm shows off her bump in a real-life revelation where she announces she is pregnant with twins.

Sjoholm confirmed the news by announcing her pregnancy in a personal video uploaded to her Instagram, featuring her partner.

Sjoholm and Fjellhøy were famously defrauded by the fast-talking swindler in the Netflix documentary.

Fjellhøy was left with more than £200,000 worth of debt after taking out credit card loans to get him out of trouble, a story he made up to ring more cash out of her.

‘I couldn’t help but think if the women had close friends or family vetting their dates for them, they never would’ve [fallen under his spell],’ said Tina Wilson, the app’s creator, speaking with Page Six.

Hayut was sentenced to two years in prison in Finland and 15 months in prison in his native Israel, rulings that come as he still waits for the outcomes of fraud charges in several countries. 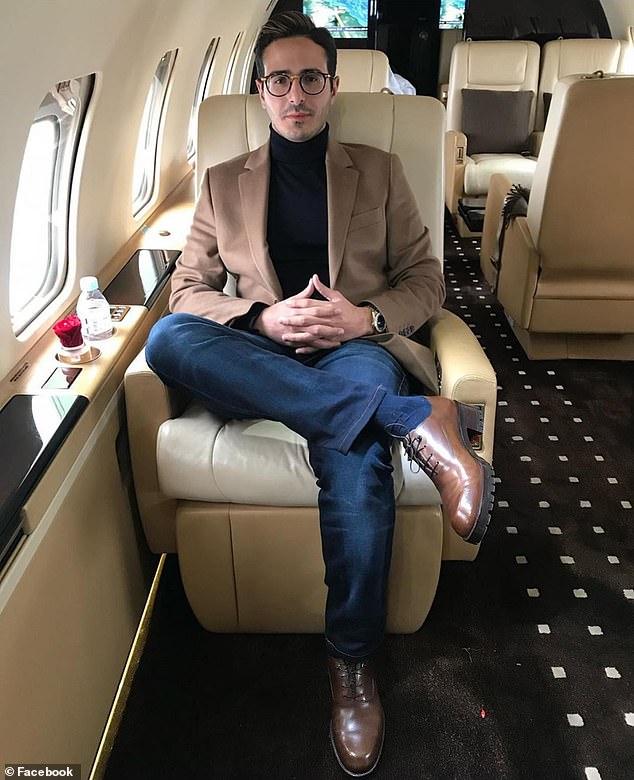 Hayut, pictured, has denied all allegations against him made in the Netflix documentary 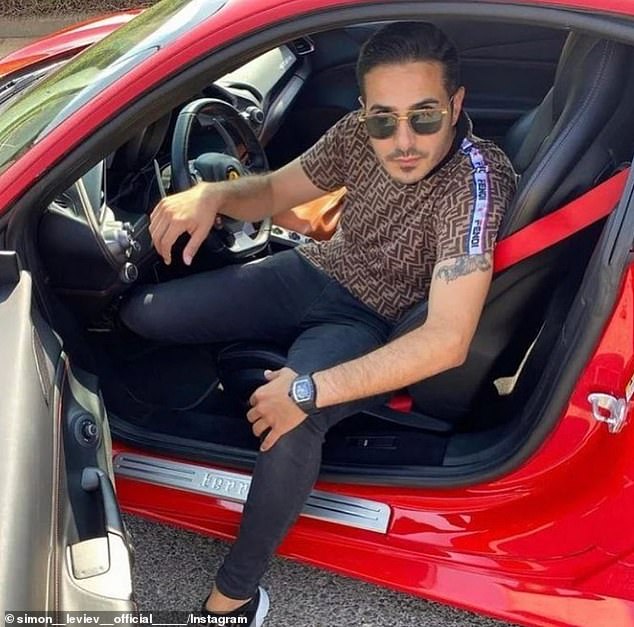 Hayut would pretend to be Simon Leviev, chief executive of LLD Diamonds and the son of Israeli-Russian billionaire Lev Leviev, a man Forbes once called the ‘King of Diamonds’.

The conman is accused of scamming more than $430,000 from women using the app.

After the documentary, Tinder said it would introduce new tools to let users run background checks on prospective dates following the Netflix.

In 2020, Tinder introduced a new safety feature to track the location of its users and notify police when alerted by users who believe they are in danger.

Last year, the company also created tools to help users block out exes, as well as hateful and racist messages. 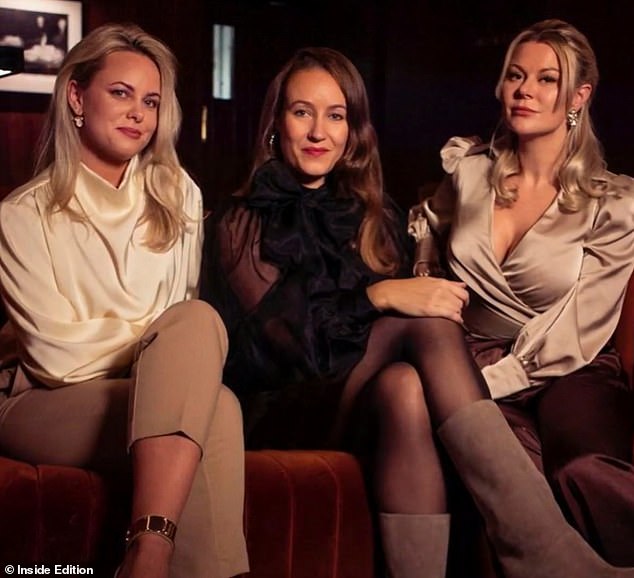 The bombshell documentary feature three women – Cecilie Fjellhøy, Pernilla Sjöholm and Ayleen Charlotte – who claimed Hayut convinced them to hand over hundreds of thousands of dollars by pretending to be the son of a billionaire