Hero British newlywed, 48, is killed after rushing into the River Nile to save his 12-year-old son during safari lodge holiday in Uganda

By Chris Jewers For Mailonline

A heroic British newlywed has been killed after rushing into the River Nile in an attempt save his 12-year-old son during a safari lodge holiday.

Robert Kaweesi, a 48-year-old father-of-five from Birmingham, dived into the River Nile after his son went swimming at around 6.40pm on Wednesday.

The family were reportedly staying at Gipir and Labongo Safari Lodge on the banks of the river in the northern Ugandan town of Pakwach during a three-week visit.

It was understood the couple’s son went swimming in the river at around 6.40pm on Wednesday, but was quickly ‘overpowered’ by the force of the African river.

Seeing his son in trouble, the father jumped in to help. However, he disappeared beneath the water during the rescue effort, and never came back to the surface.

The boy was rescued by a bystander but Mr Kaweesi was missing. After a two-day search – said to have involved submarines, police and fisherman – his family in Stirchley received confirmation on Friday morning that a body had been found. 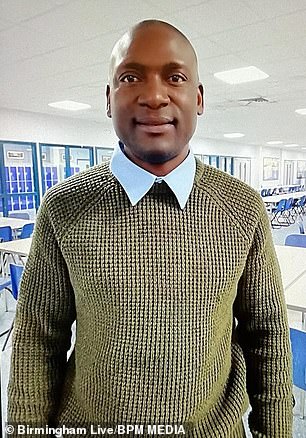 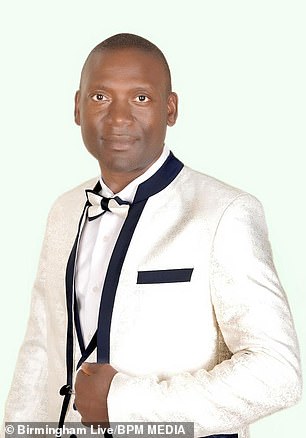 Robert Kaweesi, a 48-year-old father-of-five from Birmingham, dived into the River Nile after his son went swimming at around 6.40pm on Wednesday

‘The body of Robert Kaweesi has just been recovered by police divers from the River Nile,’ Josephine Angucia, the local police spokesperson, told the Nile Post.

‘They are in the process of transferring the body to Pakwach health centre IV pending post-mortem,’ she added. The police said: ‘When they went swimming in the river, the son was overpowered by the waves. The deceased wanted to rescue his son but instead drowned and his son was saved.’

Kaweesi’s daughter Sylivia Nampijja, 26, said her father was a ‘lovely man’ who would do ‘anything for anybody’.

Speaking publicly for the first time, Sylivia said: ”He was willing to do anything for anybody. He was always smiling. He was a good dad and he loved us all.’

The father-of-five worked as an air conditioning and refrigeration contractor and was a British citizen, born in Uganda.

He shared his time between his home in Birmingham, which he shared with his eldest daughter, and Luton, Bedfordshire, where he worked and lived with his wife Justine Katantazi, their three sons, aged 12, 13 and 15, and their daughter, aged nine.

Speaking to BirminghamLive, Miss Nampijja said: ‘As they arrived at the resort, there was an area of water there which is part of the River Nile.

The children got excited and they all went in, but they didn’t realise the depth. My dad saw one of the boys was struggling and gasping for breath and jumped in after him.

‘I’m told there were two other people who joined in trying to rescue him. Everybody’s focus was on the child and no one realised that my dad was missing at first.

‘When I got the phone call to say he was missing, I thought it was a joke. But as time went on I realised how serious it was. He was missing for two nights. They had to stop searching at 9pm the first night because it was dark. 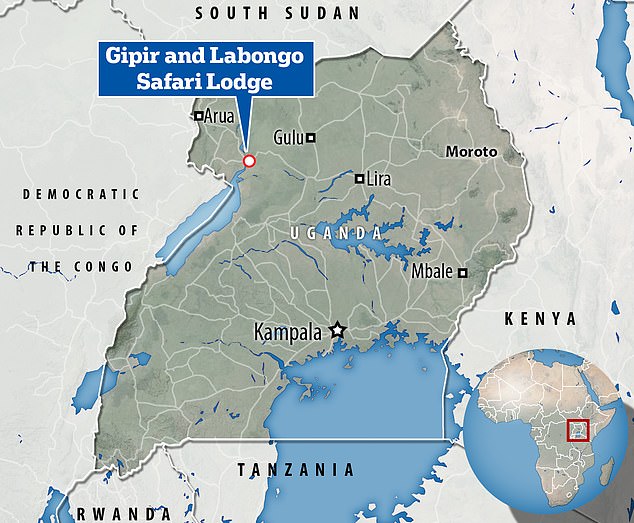 ‘I rang the embassy that night and was told they would contact me with any updates. They rang me at 6am [on Friday] to confirm a body had been found.

‘My stepmother and the children are still in Uganda, I’m very worried about them. We’re trying to extend their flights and their visa as they were meant to return home on Monday next week.’

The UK Foreign, Commonwealth and Development office confirmed a British man had died in Uganda.

A spokesperson said: ‘We are supporting the family of a British man who has died in Uganda and are in contact with the local authorities.’