Paramount pays $1.5BILLION to beat Amazon to US broadcast rights for the Champions League in a six-year deal to keep European soccer on CBS: Worth DOUBLE the previous contract

By Oliver Todd For Dailymail.Com

Paramount Global have won a battle with Amazon to renew the US media rights for the UEFA Champions League in a deal valued over $1.5billion.

Paramount, who own CBS, is more than doubling the size of its previous contract, paying $250m per year across a six-year deal. Amazon were the highest rival bidder, a report in Bloomberg revealed.

It represents a huge investment in live sport – and soccer. CBS have recruited a team of big-name studio staff for the Champions League, including former Premier League stars Thierry Henry, Jamie Carragher and Micah Richards.

May’s Champions League final, won by Real Madrid against Liverpool, saw 2.8million viewers tune in on CBS and their coverage has been widely lauded.

UEFA, the Union of European Football Associations, is still seeking a deal to sell off the Spanish language rights to the Champions League. 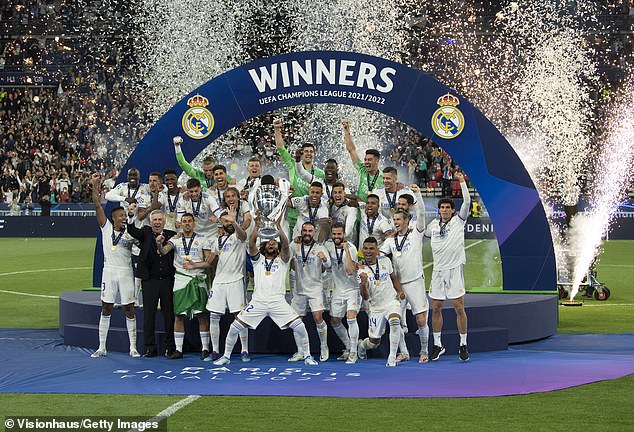 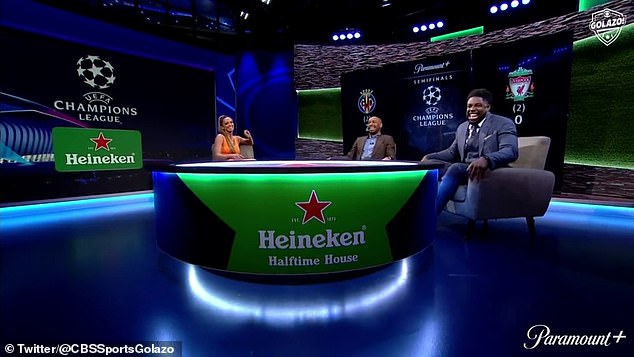