Cameron Norrie has made the semi-final of the Cincinnati Masters with an impressive three sets win against third seed Carlos Alcaraz.

Norrie clinched the tense first set on a tie break and then broke Alcaraz early in the second. But the Spaniard rallied and broke back with a spree of 12 points out of 14 and then claimed the second set on a tiebreak.

But Norrie proved too strong in the third and won it 6-4 in a match that ran over three hours. 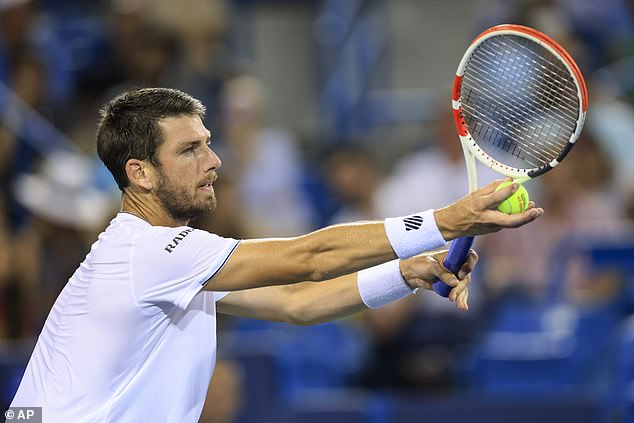 Victory ensures Norrie reached a career high world ranking of ninth. He faces Borna Coric in the semifinal on Saturday.

‘Maybe it’s my best win,’ Norrie said after beating the 19-year-old. ‘I feel like I need to get him when he’s young – he’s gonna keep raising his level.’

Coric upset ninth-ranked Felix Auger-Aliassime, 6-4, 6-4 to become, at No. 152, the tournament’s second-lowest-ranked semifinalist since the start of the ATP rankings in August 1973.