Chloe Cherry has opened up about how the trauma of losing her father to cancer at a young age made her want to ‘escape her life,’ saying she doesn’t think she would have gotten into pornography or acting if he was still alive.

The Euphoria star, 24, reflected on her childhood growing up in a largely conservative neighborhood in Lancaster, Pennsylvania, during an interview that aired on the podcast Going Mental with Eileen Kelly.

Cherry, who has appeared in more than 200 adult films, said she had a ‘really beautiful’ upbringing, but her life as she knew it changed when her father died when she was eight. 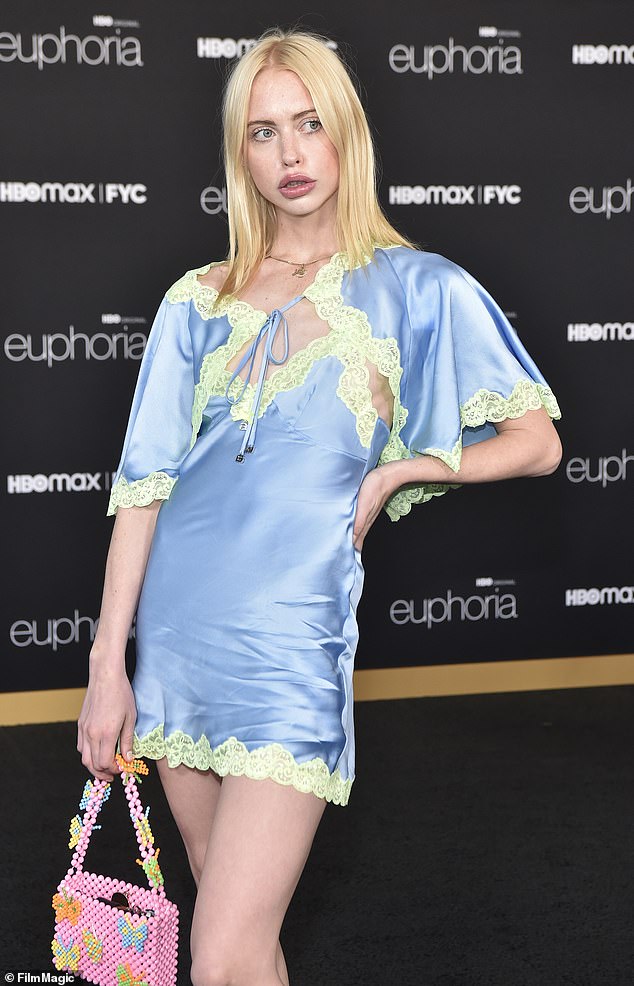 Chloe Cherry, 24, reflected on her childhood and the death of her father during an interview that aired on the podcast Going Mental with Eileen Kelly 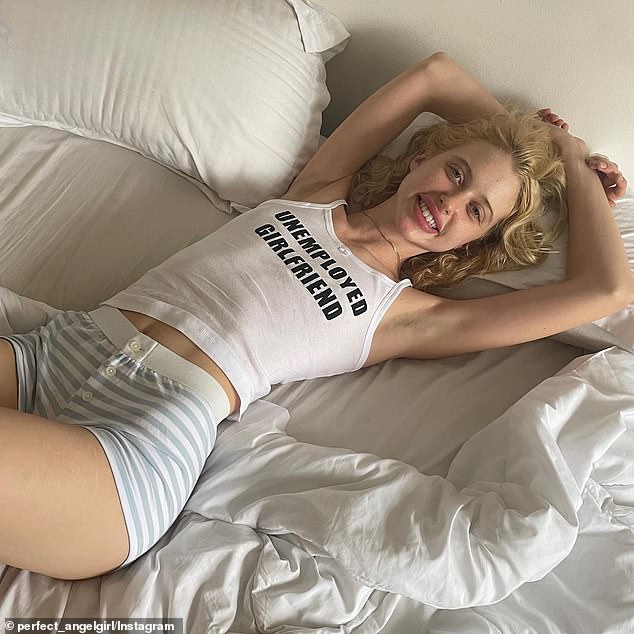 Looking back on her childhood, Cherry recalled how her artist parents raised her and her younger brother to be interested in nature and art. They weren’t religious and didn’t go to church, which made her a target for her peers.

‘Kids would freak out at you, like, “Oh, God doesn’t like this,”‘ she said. ‘The weird s**t that I experienced [with] other kids yelling at me about God and Jesus growing up was hell. It was so awful.’

Cherry was seven when her dad was diagnosed with cancer, and he died a year later.

‘It was really hard because it was like a whole year of watching somebody fight cancer when you’re that young, and it being your father,’ she explained. ‘It was a just really weird thing to not only get used to the idea of somebody being sick, but that it can be your parent, and that they’re going to not only not survive but they were just gonna be gone. It was all really, really, really heavy at the time.’

Cherry and her brother went to child therapists while they were grieving, but she remembered that they were ‘really bad’ and ‘didn’t help at all.’

‘Luckily my mom had a lot of close friends that were very close to us,’ she said. ‘That’s what helped me get through it, knowing that … we were going to have support.’ 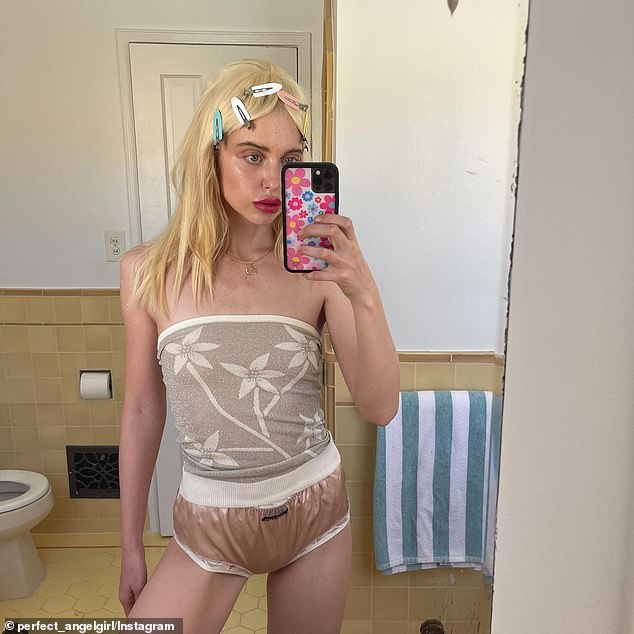 Cherry was seven when her father was diagnosed with cancer, and he died a year later. She was unable to focus after his death and did ‘really poorly in school’ 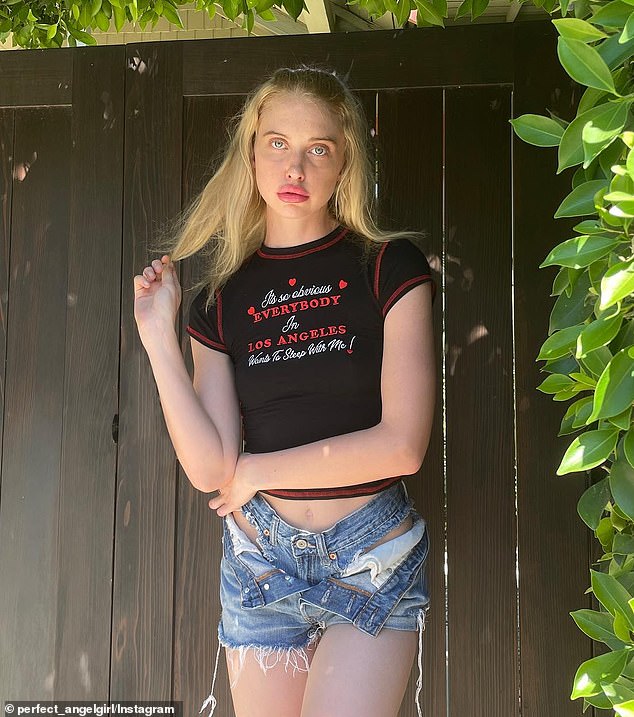 Cherry was unable to concentrate after her father’s death and did ‘really poorly in school,’ which still thinks about.

‘My mom tells me it’s because I have ADHD and they didn’t diagnose it, but I think a lot of it has to do with the fact that my dad died, and I just couldn’t focus anymore,’ she said. ‘That was just so traumatic, like knowing that could happen. I guess I just didn’t care anymore at all. I just couldn’t care. I was just so depressed.’

Cherry’s grades were so low that she ‘barely graduated.’ She still wonders if she is a ‘stupid person’ because she did so terribly in school.

‘Sometimes I’ll try to be nice to myself, like, you know, “Your dad died. Some people when their parent dies they’ll do so much worse than just doing badly in school. They actually hurt people, they actually do bad things, so you can’t really blame yourself that that happened and that it led you to just not being able to do well in school,”‘ she explained.

Cherry thinks she would have gone to college and gotten a normal job outside of the entertainment industry if her father hadn’t died.

‘Part of becoming Chloe Cherry and wanting to become this completely other thing was part of wanting to escape my life, I think, and things,’ she said. ‘But I guess feeling like I just wanted more from the world and also feeling this feeling of, like, there’s no time to waste because you never know what’s gonna happen.’ 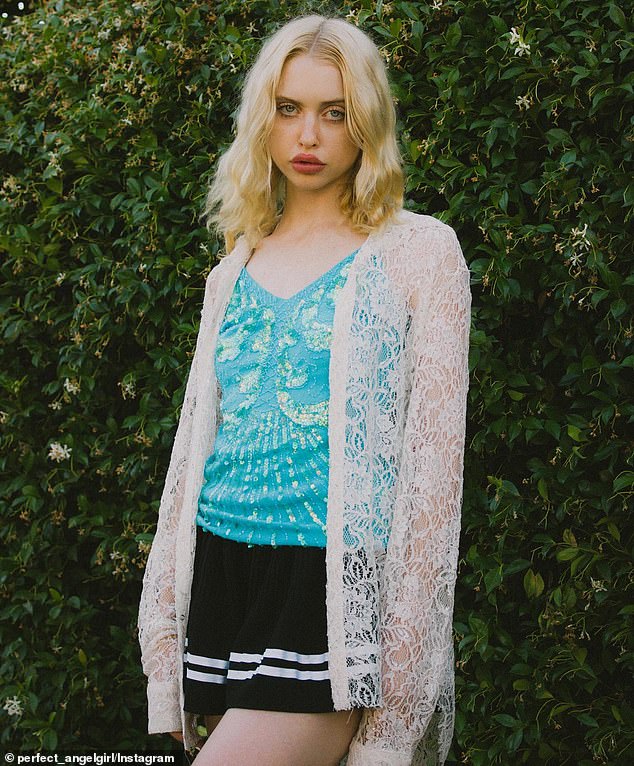 ‘Part of becoming Chloe Cherry and wanting to become this completely other thing was part of wanting to escape my life,’ she explained 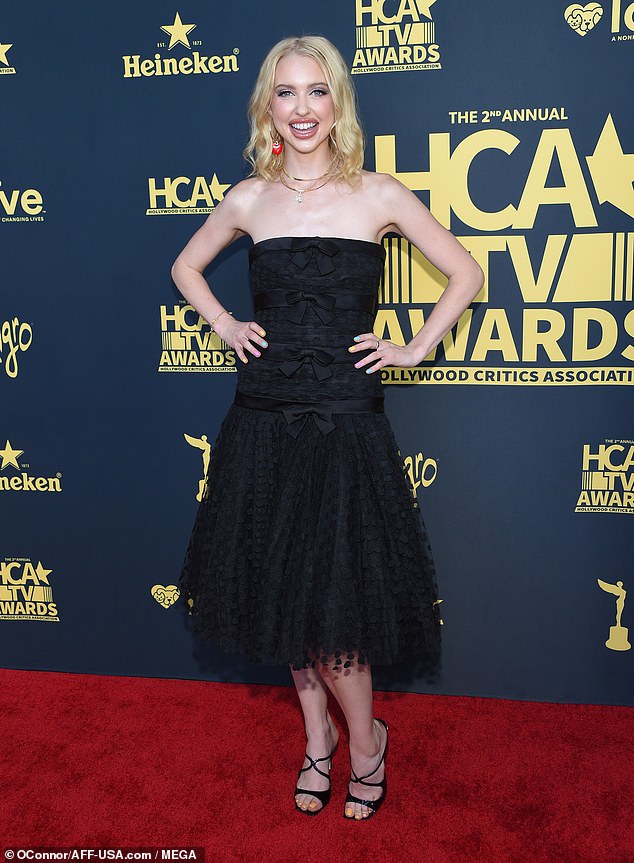 ‘I constantly think, “Gosh, I would be so normal if my dad never died,”‘ she added. ‘I would just be an average person — but I don’t know if I would want to be that.’

When she told him that she wanted to move to Miami to become an adult film star instead of going to college, he told her to go for it. 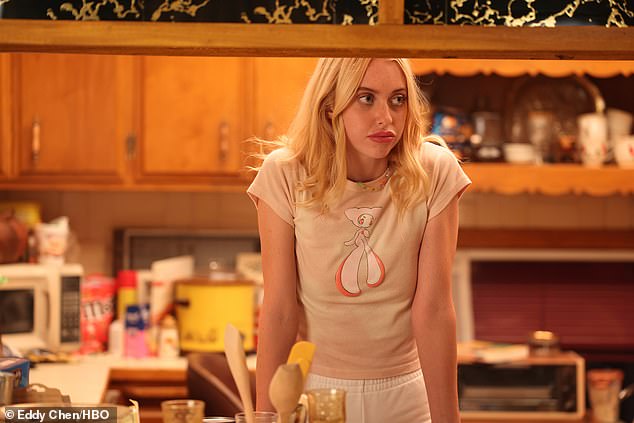 Cherry made her acting debut playing heroin-addicted prostitute Faye in the second season of the hit HBO series Euphoria, which premiered earlier this year 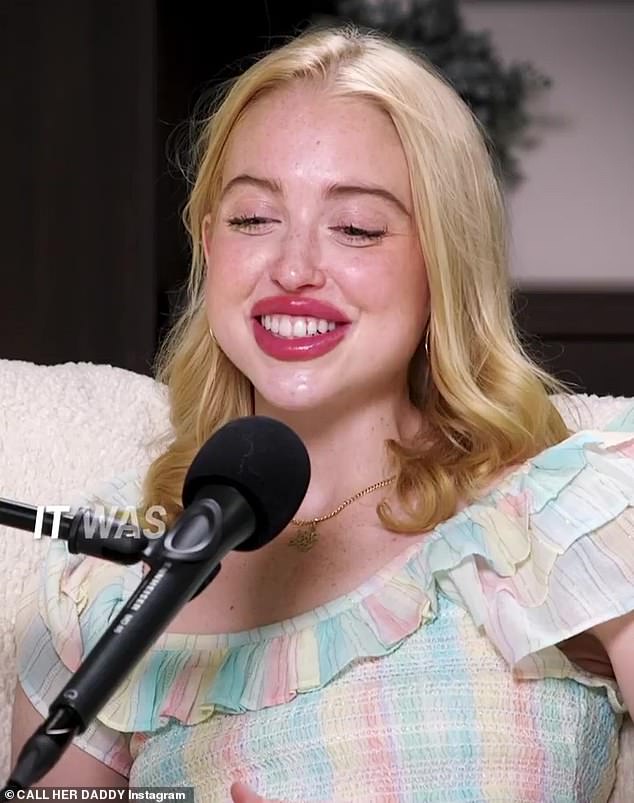 Cherry recently opened up about her strained relationship with her mother on the Call Me Daddy podcast, saying: ‘My mom said to me that sex work is the lowest thing a person can do’

She began selling pornographic content on OnlyFans during the pandemic. Her account, which costs $4.99 per month, is still active, but she has since quit her career in adult films.

Cherry made her acting debut playing heroin-addicted prostitute Faye in the second season of the hit HBO series Euphoria, which premiered earlier this year.

‘My mom said to me that sex work is the lowest thing a person can do,’ Cherry told Alexandra Cooper on an episode of the Call Me Daddy podcast that aired in March.

‘And that’s, like, the one thing I’ll share [publicly] that I disagree with so deeply. And I don’t know if there are other people out there that agree with that but I think trying to put down your own family is lower.’

She added that she does have the support of her other relatives, clarifying: ‘My family is a lot more than my mom, and I’m still very close with them. It was just insane the judgment people had that will forever blow my mind.’

Death toll from storms climbs to 13 including three children across France, Italy and Austria