Looking for a new Lily-pad, Miss James? Actress, her rocker boyfriend (and mum) go house hunting in an area where homes cost up to £5 MILLION

By Nick Constable for The Mail on Sunday

It is perhaps not quite the outfit her glamorous Downton Abbey character Lady Rose Aldridge would have chosen to wear in public.

But Lily James still cut a dash in an olive-green jumpsuit, navy greatcoat and baseball boots as she went house-hunting with her mum and American boyfriend Michael Shuman in a leafy London suburb last week. 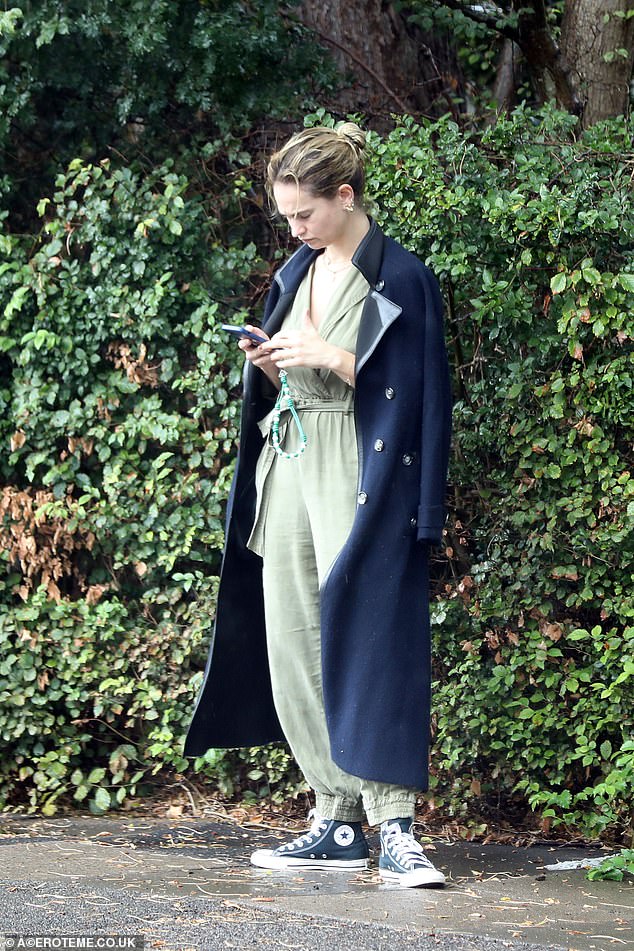 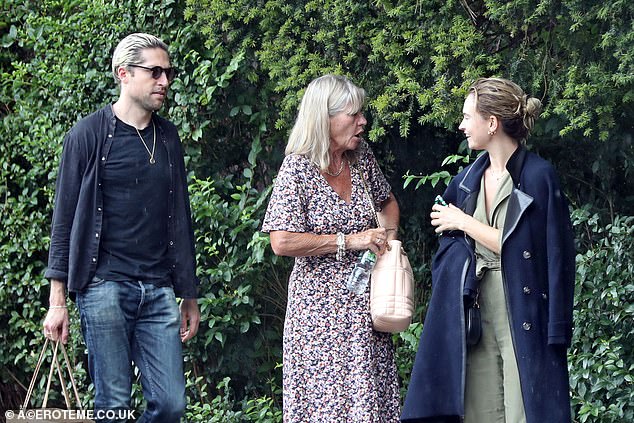 She was spotted in animated conversation with her mother, actress Ninette Thomson, while apparently checking property details on her phone.

Rock musician Shuman, who celebrated his 37th birthday yesterday, took on the role of Burberry bag carrier as the women chatted. At one point, he seemed happy to stand in the rain while his partner sheltered under her mother’s umbrella.

The couple were first linked in May last year when they were spotted embracing outside a Suffolk hotel. Miss James has since been seen wearing a gold ring on her engagement finger – most recently while watching Sir Paul McCartney at Glastonbury.

However, sources close to her have played down any suggestion of a formal engagement. Her boyfriend, who plays bass and keyboards with the US band Queens Of The Stone Age, is just the latest celebrity to court her.

Two years ago, she appeared to become close to Dominic West, her co-star in The Pursuit Of Love, after they were photographed together in Rome. However, 52-year-old West and his wife Catherine later insisted that their marriage was strong and they were ‘very much still together’.

Ovarian cancer survivor calls for better awareness of the symptoms