MICHAEL Owen has broken his silence on whether he tuned in for Love Island – admitting he skipped watching Gemma’s challenges.

The ex Liverpool, Manchester United and Real Madrid star said he couldn’t bare to watch his eldest daughter Gemma, 19, “kiss” the boys on TV – and was worried about the stigma it would bring to her.

Michael, 42, admitted that his daughter – who was runner-up in the ITV2 series this year – was originally “50-50” about taking part.

But after Gemma went into the villa, the retired England player said that since the show, he’s now known as “Gemma Owen’s dad”.

Michael admitted of his original reservations: “It wasn’t the best of conversations when she first asked me about going on Love Island.”

Insisting that he had “no worries” during the show, he instead revealed he refused to tune in for the often saucy challenges to avoid watching Gemma “kissing” people on the screen. 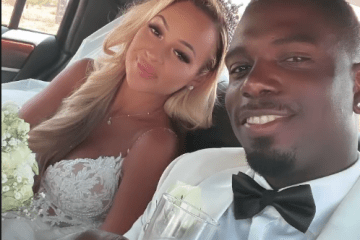 “She’s pretty sensible and she’s a good kid and I had no worries,” Michael added. “I just didn’t bring myself to watch some of the challenges and things like that.

“I don’t like seeing my daughter kiss people, but I probably watched 30 to 40% of the show.

“On the days that I didn’t watch, I was on the phone to the wife (Louise) at five past ten asking, ‘how did she do?’

“I know it’s been great feedback and she’s done well. I think it’s been good for – she’s had a good time.”

It comes after protective dad Michael met Gemma’s new beau Luca Bish for the first time as they jetted off on a family holiday.

In exclusive snaps obtained by The Sun, Love Island star Luca, 23, was spotted sitting next to Michael in Portugal.

It appears the meeting went well as both Luca and Michael are smiling in the snaps, taken as the family enjoyed dinner together.

As they made a night of it a beaming Luca put his arm around girlfriend Gemma, 19, while she caught up with friends.

After they jetted off for the mini break following the Love Island final, Luca joked about it being their “first holiday” together – and even revealed he was wearing Gemma’s swimwear brand OG on the beach.

And Michael later gave Luca the ultimate seal of approval by following him on Instagram – two weeks after the show ended.

A source previously told The Sun that fishmonger Luca was nervous about coming face-to-face with Gemma’s dad for the first time.

The insider revealed: “Luca has been nervous about meeting Michael which is, of course, totally natural.

“He adores Gemma and knows that he has to impress. They flew out from Gatwick to spend time with him and Gemma’s mum at their private villa in Quinta Do Lago.

“Luca is a nice lad and Gemma has no doubt he will win him over but of course it is nerve wracking.”

Perfect for workouts and lounging, these best-selling and ultra-flattering leggings are 30% off